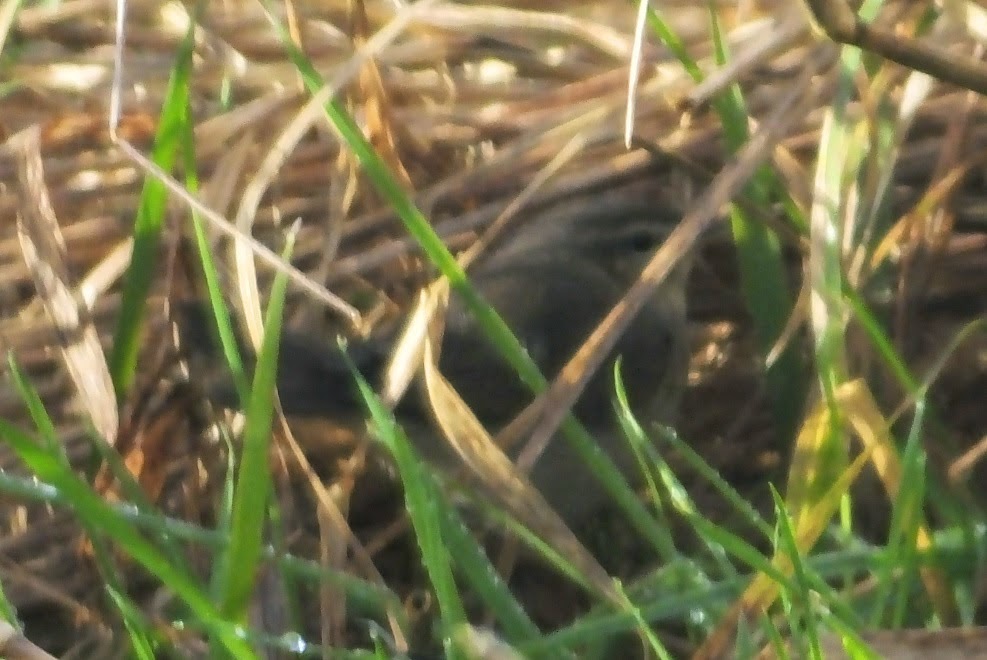 On 16th January 2015 Dave McGrath located a Dusky Warbler at Marton Mere. Unfortunately the bird was only seen briefly, and could not be relocated during searches over the following days. This represents only the second Fylde record of Dusky Warbler, following the bird at Fairhaven Dunes 23rd-24th October 2004. Dave has now scored an impressive hattrick of rare warbler finds on the Fylde; Savi's Warbler (Marton Mere May 1995), Iberian Chiffchaff (Devonshire Road Rock Gardens May 2011) and now Dusky Warbler.