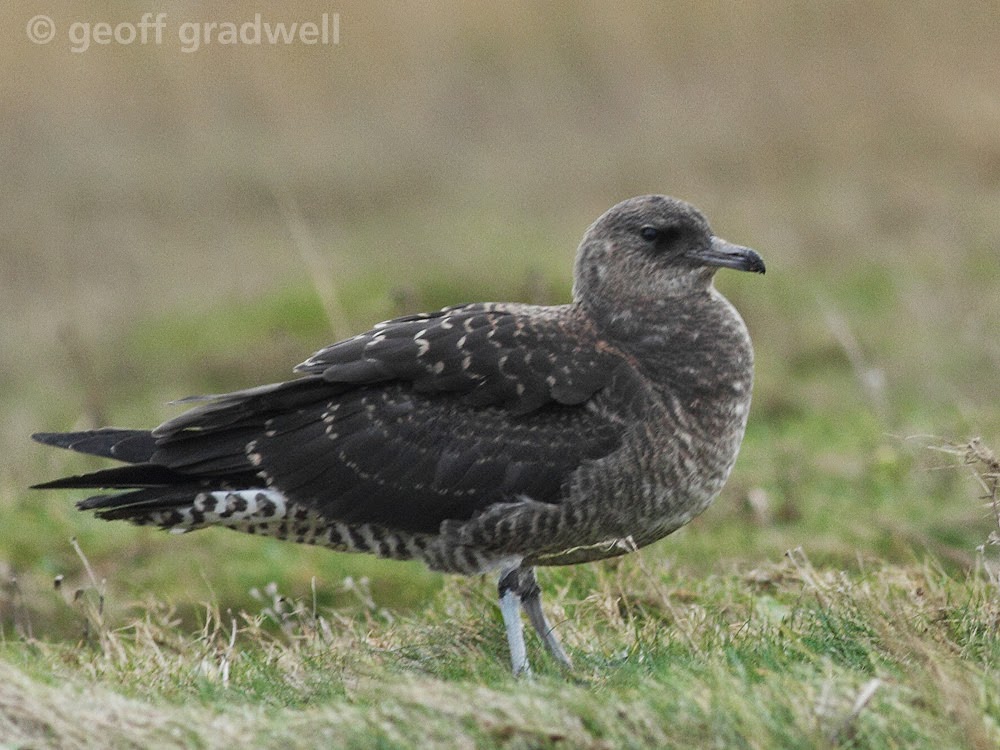 On 10th January 2015 Chris Batty discovered a juvenile Pomarine Skua on the beach at Knott End. On 12th January Peter Rhind relocated the bird at Cocker's Dyke, where it fed on the corpses of dead birds until 27th January. The bird occasionally ranged to the marsh off Fluke Hall during its stay, and it was ultimately found dead there on 14th February.