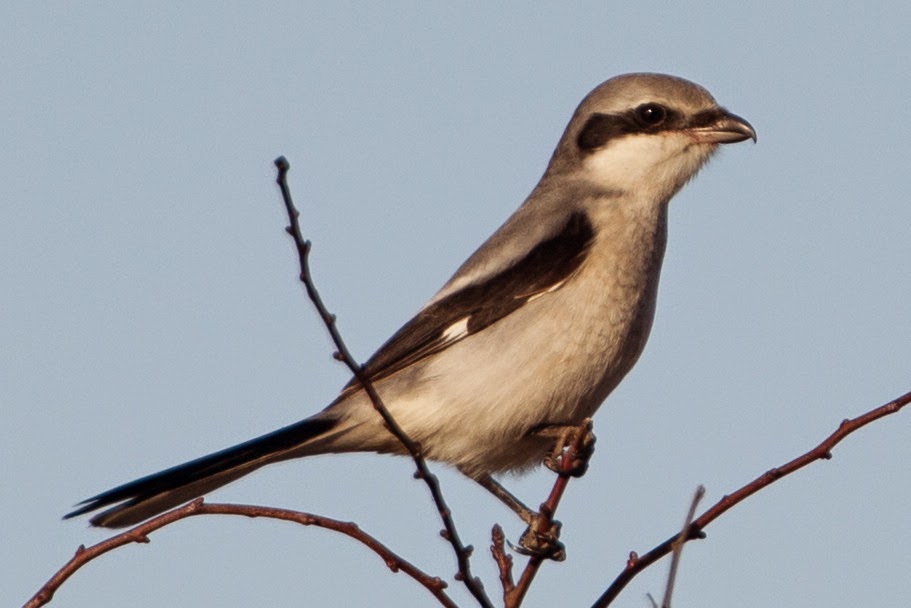 On 1st November 2014 Steve and Jan Beastall discovered a Great Grey Shrike on Lytham Moss whilst collecting dandelion leaves for their pet rabbits. The bird remained faithful to the area around Eastleigh Animal Sanctuary until 2nd February 2015.