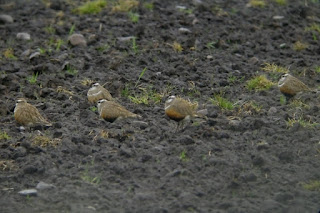 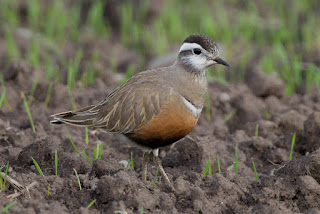 On 8th May 2015 Stuart Piner located a trip of 5 Dotterel in a coastal ploughed field at Cockersand. The birds remained until the following day, and one was still present on 10th May before it departed during the morning.

Cockersand last hosted a Dotterel in April 2013, and a trip of Dotterel last occurred on the Fylde as recently as spring 2014 (a group of six birds at Calcald's Farm, Stake Pool), but the latter birds were only seen by a local farmer. Before the 2015 Cockersand birds, the last flock available to birders made landfall in April 2000, when a flock of seven birds spent an evening at Eagland Hill.