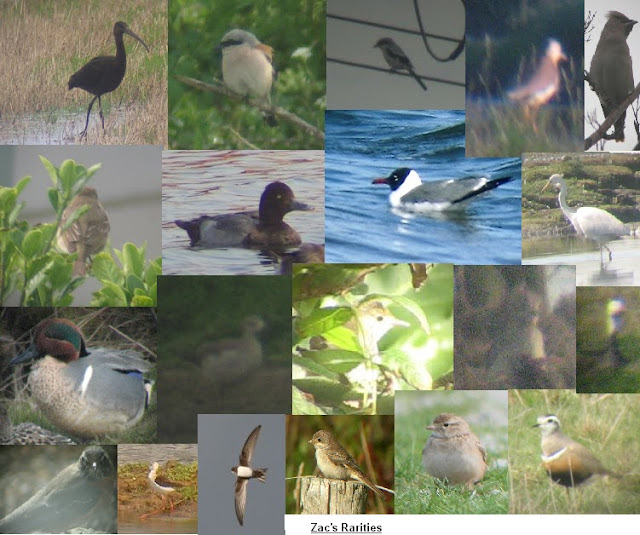 The reason I posted this is because on 11th February 2007, I enjoyed a visit to West Yorkshire with my parents to celebrate my 15th birthday with some twitching. I saw the American Robin in Bingley, a Waxwing flock on a housing estate in Leeds and a Shore Lark on a dry ski slope in Halifax. The above collage is the only photographic evidence I can find of the American Robin as I don't really have much record of birds I saw prior to me starting this blog in May of that year!

On 11th February this year, also celebrating my birthday, except I drove this time and has my wonderful girlfriend Danni in tow. My 25th birthday treat involved heading to Willow Tree Fen to see, what I still regard as a surreal February birthday twitch, a Bluethroat. Seen the previous day by a photographer and posted online, the 1st winter male was favouring the main track through the centre of the reserve and when we turned up showed remarkably well (even if the photos don't show it) a few metres in front of us.
Bluethroat is a bird I have always admired and I strongly believe they are one of the most beautiful birds in the Western Palearctic because they look phenomenal at every age. This had a nice amount of blue on the throat and I managed to see some of the red at the base of the outer tail feathers.
The weather was quite grim, but that's to be expected in mid-February.
Bluethroat is/was also my number 1 'tart' on my British List so was one of my biggest targets for 2017 and to see one on my birthday is just something you couldn't write. 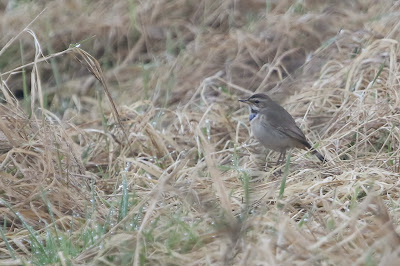 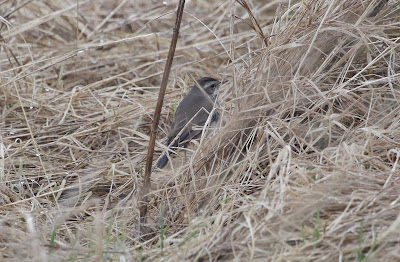 A really wonderful treat and one that will go down in my own birding folk law. Hopefully it is wintering and having a nice time in Lincs rather than being recently blown off course.