I'll start this off with some fantastic news! I asked Danni to marry me and she said yes! Result! Could not be happier with the person I have chosen to spend my life with and start a family with. Getting engaged is something I certainly only ever plan to do once so I couldn't just carry on like it wasn't an amazing thing. As a result, we booked a holiday over easter. In fact, we booked two over the course of 10 days. We spent the four day easter weekend in Cornwall and then headed to the supposedly warmer shores of Mallorca...more on that later (or you've already read about that trip depending on which you chose to read first!)
We set off at 04:30 on Good Friday with the intention of missing the holiday traffic and also get to our first location in reasonably peak birding time. We arrived at Ham Wall RSPB. When twitching the Hudsonian Godwit at Meare Heath in 2015, just next door to Ham Wall, I was blown away by the whole area. It was just enormous and there were so many species breeding there with bitterns booming all over the place. 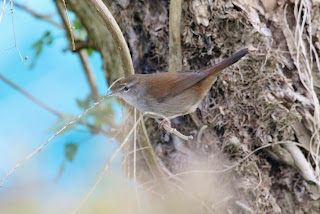 I told myself that I would have to come back one day and explore the bigger Ham Wall. So that's what we did. Almost the second we got out of the car, a Cetti's Warbler was singing loudly from the side of the car park and that really became the soundtrack as well as the music video of the reserve. They were everywhere and just so bold. It was like being abroad. 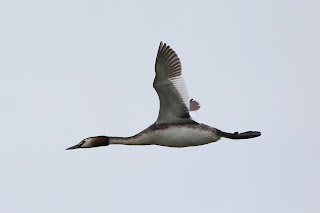 There were lots of new in singing migrants around the reserve as well as a plethora of herons with at least 3 booming bitterns heard and three seen, including the one below which flew into the reeds from the second platform. Great White Egrets were the star of the show with at least 6 seen, with only one not in breeding plumage, so lacking the black bill with purple lores. 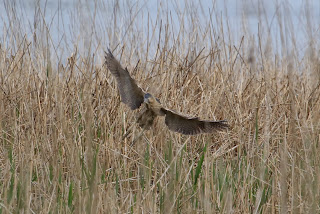 From the second platform, two Glossy Ibis fed and eventually took off providing exceptional views flying right past us. I think I just about managed to do them justice with the camera, but it was indeed hard photographing such a dark bird against the whitest of skies. Also present from the platform was a drake Garganey. 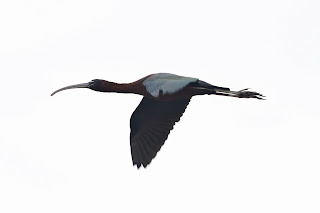 Having enjoyed a really good morning at Ham Wall, we headed down the M5 and A30 towards devon and arrived at Broadsands for early afternoon. Here we enjoyed lovely views of a Hall pulling holiday makers on the Paignton & Dartmouth Railway as well as the first and only lifer for Danni on the trip, with up to 4 Cirl Buntings feeding in a hedgerow just north of the beach car park. Only my second time seeing these in Britain. 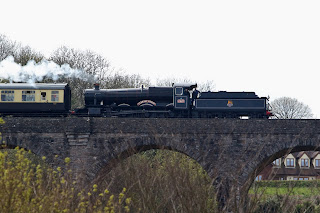 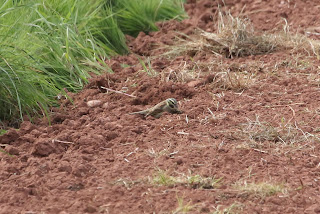 We stayed in Torquay that evening with the intention of going to Cornwall the following day. Setting off, we didn't realise just how far Cornwall was away from Torquay, so we didn't get to Cape Cornwall until lunchtime. Here we were hoping for Chough, but with hundreds of tourists, they proved difficult. Next onto Pendeed, we were treated to a pair of Chough rolling above us. I tried a seawatch hoping for a lone Balearic, but just a constant stream of Manxies and the odd Fulmar were all I could muster. We then went to Lands end and finished at the Hayle Estuary where we saw Spoonbill and Iceland Gull as well as year ticking Greenshank and Common Sandpiper. 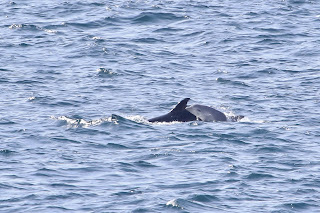 We stayed that evening at Cedars B&B next to Redruth which was a lovely B&B and I'd highly recommend it. For our last full day in Cornwall, we decided to focus on the Lizard. A morning seawatch from the Lizard provided a single Puffin and Great Northern Diver as well as at least 5 Bottlenosed Dolphins and a single Harbour Porpoise. Apart from a single Whimbrel in a field (the same field that almost certainly had a Woodchat Shrike in it that afternoon...if only we'd carried on round the corner, we may have found it) it was quite quiet for migrants. We moved onto Kynance Cove and were rewarded with Sedge Warbler and Wheatear. The North Westerlies really were killing the birding for us! We headed back to the Lizard in the afternoon and had nice views of Chough again, but that was really about it. We spent the last couple of hours of light having a nice meal in St. Ives. 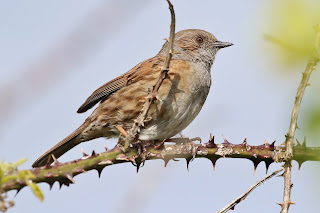 On the final day, we decided to head back up to the North gradually stopping off at Goss Moor with the hope of seeing two Little Buntings that appear to STILL be there to this day. We failed, but had excellent views of Grasshopper Warbler and there were lots of migrants to be found, so it actually proved to be the most enjoyable site we visited. 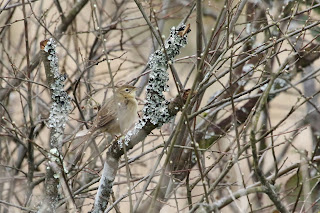 It wasn't the hoped for birding weekend in Cornwall and it certainly reminded me of how weather dependent Spring birding can be in the UK. It also looks like we missed the winds by about 4 days, which is frustrating, but it happens! It was still a lovely place to be with my new fiance enjoying almost every minute together.