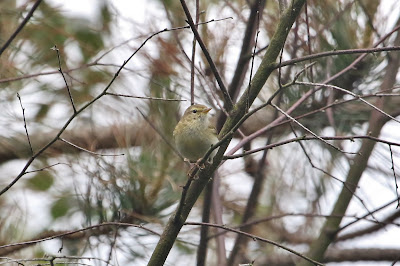 After work this afternoon, I popped down to Kelsall, Cheshire to have a look at the reported probable Iberian Chiffchaff. It was singing on arrival and certainly sounded the part. It did several bursts of classic Iberian-type song, although after a while on site it began to mix collybita chiffchaff song into its repertoire eventually coming out with collybita/ibericus/collybita/ibericus etc bursts. The call is something that's worrying me as all I heard was about 50 collybita-like 'hueets' and not a single 'reed bunting'-like 'seeoo'. I don't know how variable Iberian Chiffchaffs are in call, but I don't think that's the best indicator for a pure bird if an ibericus at all
Physically, I thought it looked very good. Almost half way between Willow Warbler and Chiffchaff. It was bright, with blotchy lemony throat, lemony rump, bright yellow undering coverts at the carpal, bright supercillium with slight kink behind the eye, all pale lower mandible, dark brown (not black) legs, quite long wings and obviously pale rump contrasting with the mantle.
I am not experienced enough to say either way, but I do personally think it has Iberian genes, but maybe not a pure bird. 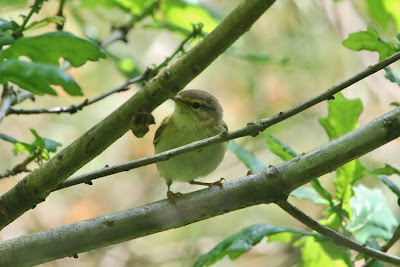 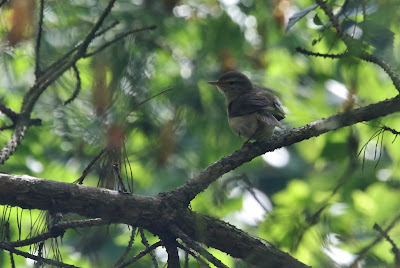 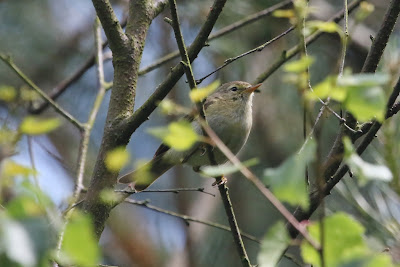 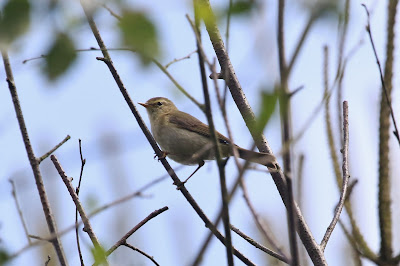 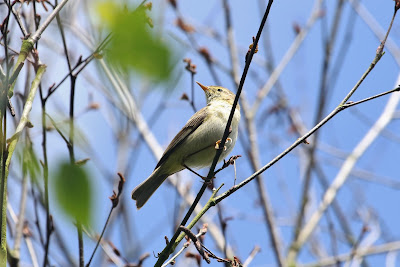 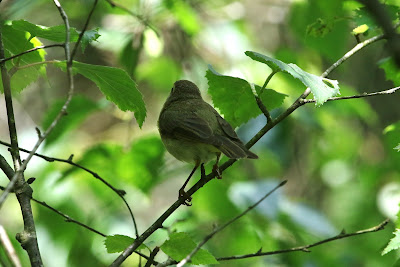 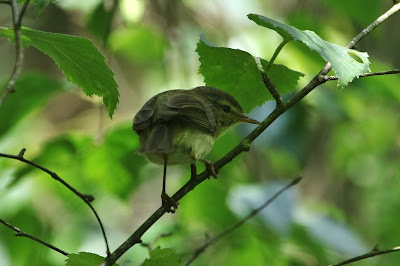 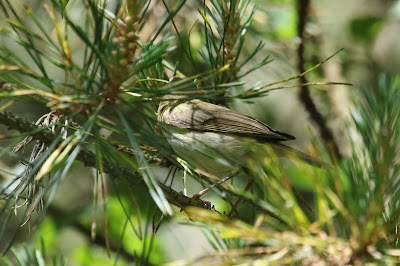 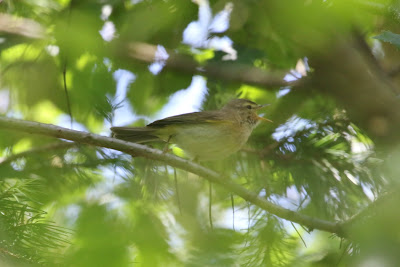