Sunday; it’s raining again. We’ve had a tortuous week of 100% cloud with drizzle and mist but no sign of the promised sunshine.
Saturday was guaranteed to be rain free, all the Internet sites agreed. And the BBC, so it must be true.
I met Andy at Gulf Lane at 0730 to a light drizzle and intermittent screen wipes. We decided to press ahead because days are running out for Project Linnet. Soon, the flock such as it is in relatively small numbers will disintegrate with many birds heading north. The flock has now reduced to 70/90 and showed reluctance to commit to our seed dump and nets while there is still natural food from last summer’s growth of seed pods. 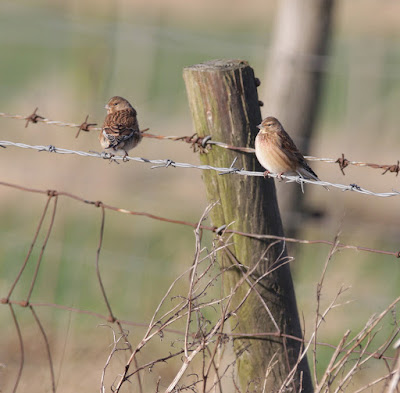 Linnets
We managed five only, all second year males. That’s just 46 Linnets caught for the period September – January, a dismal show. Just three weeks into the year and already a few of the males show good amounts of red on their chests. 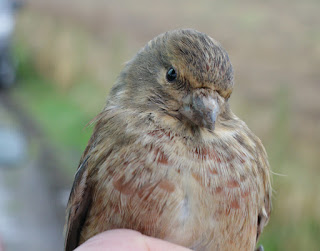 Linnet
Otherwise birds on site consisted of the usual ditch-dwelling Little Egret, the resident Kestrel and a couple of Chaffinches. 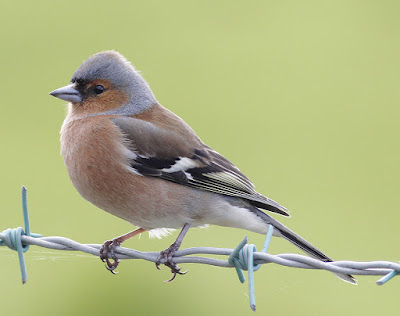 Chaffinch
Are we disheartened? No, the show must go on so we dumped fresh seed and pencilled in a fine day sometime never.
"Heck", or words to that effect.  Little Ben, my old Citizen watch had stopped again. We’d been there for hours so it was definitely not five past nine.
As a solar watch a Citizen is designed to tell the time by converting light energy into electronic energy that moves the hands around the dial to then point at the appropriate numeral. Light energy received by a solar cell under the dial converts into electronic energy. The energy is stored in a rechargeable battery that moves the mechanism. It’s very eco-friendly and makes a major contribution to Climate Emergency.
The trouble is that for three or four months of the year of the Northern Hemisphere my wrist is hidden from daylight under a shirt, a jumper and a jacket where the sun hardly ever shines. The usual solution is to leave him on a south facing windowsill for a day or two and pray for daylight or a dose of sunshine. But if the battery struggles the hands stop again. Time stands still, tic but no toc, a second hand without a sweep and a mischievous grin on his untimely face. I’m afraid that unless he improves soon Ben will become victim of our throwaway society when I chuck him in the recycling.
In the meantime a watch is very important to birders. I need one to check the time of local tides and to make sure I wake early and turn up for a ringing session at the appointed time. Last week I hit the Internet and YouTube in search of a wrist watch for forgetful people, one with automatic wind in place of solar energy.  It must have minimalist looks and a leather strap. No bling, no bells and whistles and no deep-sea diving. Apart from those essentials a sweep second hand is a handy extra for sending the grandkids on a timed run around the block to give me a ten-minute break, or timing Sue on sinking a G&T.
Via DuckDuckGo I discovered Sea Gull Watch Store, an appropriate but imprecise name for a bird lover.

Sea Gull
Sea Gull Watch Store is in China. Even better, were I to buy, I might be helping Chinese people make a few bob at the expense of overpriced, over-hyped designer brands that only footballers and Chris Packham can afford.
I found a Bauhaus style for my budget- a RODINA at $99 (£79) that looks exactly like a NOMOS – an expensive German brand at a hefty £1360 and more. 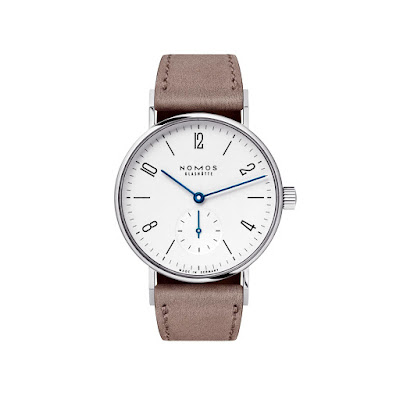 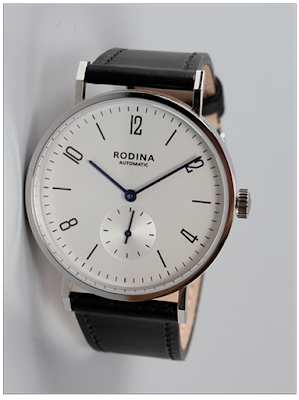 Rodina - $99
My new watch is what some might call a fake, a copy, a rip-off.  I prefer to call my Rodina a “Tribute Watch”. Like “Neil Diamond” at the local pub who looks and sounds a little similar to the original chart topper but when he introduces the next song you just know he’s from Batley and not LA.
“Bauhaus” - literally translates to “construction house”- a style that originated as a German school of the arts in the early 20th century. Founded by Walter Gropius, the school eventually morphed into its own modern art movement characterised by its unique approach to architecture and design.
Will this new watch be any good and get me to Gulf Lane on schedule? Time will tell. I’ll let you know soon.