Birding? What’s that? I’d done virtually none during Fearsome February when all we had was rain, more rain and constant strong winds.
Today I set off over the moss into the rising sun, past the farmer’s still steaming muck heaps and on the way north for a spot of birding. 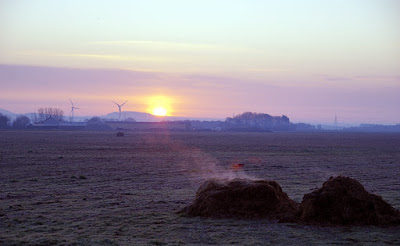 Rawcliffe Moss
Good thing I stopped for a picture because yards away and along the fence line was the now almost obligatory morning owl. The Barn Owl was looking for breakfast while I had to shoot at ISO1600. 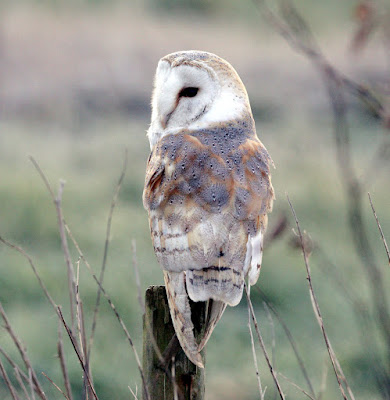 Barn Owl
A little later about a mile away I stopped to witness a mixed flock of Redwings and Fieldfares feeding in a still wet field. As the car stopped both species flew to the nearest hedgerow and mostly out of sight.  Fieldfares and Redwings are on their way north now; it will be a faster trip than their leisurely autumn migration. 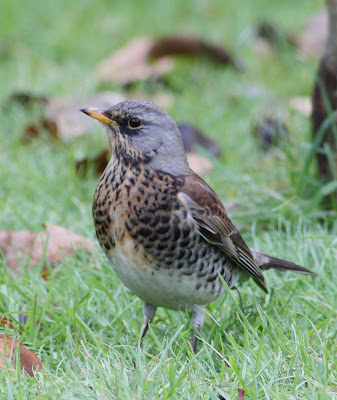 Fieldfare
A single Yellowhammer called out from overhead wires. I hope he finds a mate soon because there aren’t too many Yellowhammers around nowadays. 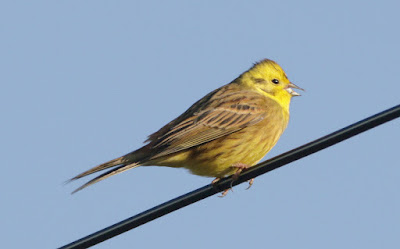 Yellowhammer
By the time I arrived at Gulf Lane there was enough light to see and count the arriving Linnets at 45 and to note a single Blackbird and a male Reed Bunting in the bramble bushes. About 20 Linnets soon fed on our recent seed so I topped up with a fresh half bucket and left the birds alone. At the moment Saturday looks marginal for another ringing session but a series of Internet weather forecasts will record countless hits tonight.
The whole of February with its horrendous weather saw no visits from me to Conder Green. By all accounts, due to continuous winds and record water levels, any birding here was “pretty grim" with very few birds on view.
Things had definitely picked up today with hints of spring territories and much better numbers of birds on the water and surrounding areas. On the far island I counted over 120 Black-headed Gulls and 2 Mediterranean Gulls. 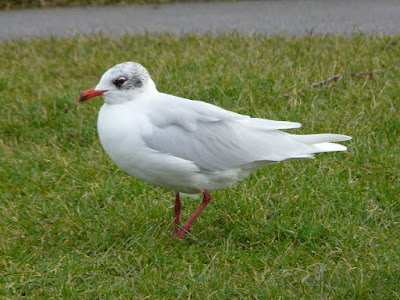 Mediterranean Gull
I have a feeling that the Black-headed Gulls will begin to dominate Conder Pool and that the year will see a good number of breeding pairs; perhaps to the detriment of other species? More so if the boisterous Greylags also stay around. We’ll soon see. 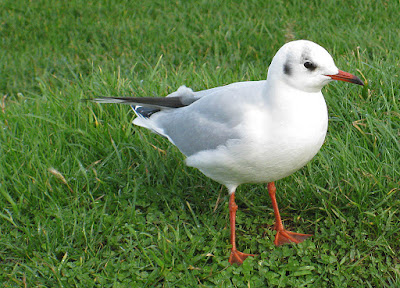 Black-headed Gull
Water birds and waders: 4 Shelduck, 30 Greylag 14 Tufted Duck, 42 Teal, 22 Wigeon, 18 Oystercatcher, 8 Redshank, 8 Curlew, 5 Black-tailed Godwit. Bringing up the rear: 2 Little Egret, 1 Grey Heron and 1 Little Grebe.
At the far island a Cormorant flew in, a very striking individual with an all-encompassing white head. The Cormorant had a very distinctive appearance, a sign of full breeding plumage and imminent departure. The literature states that such striking birds may be from the Continent or South East England but that it’s difficult to assign one to either of the two races Phalacrorax carbo carbo or Phalacrorax carbo sinensis. 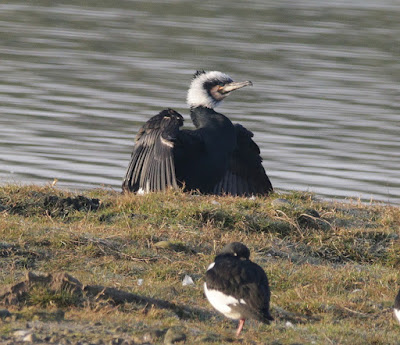 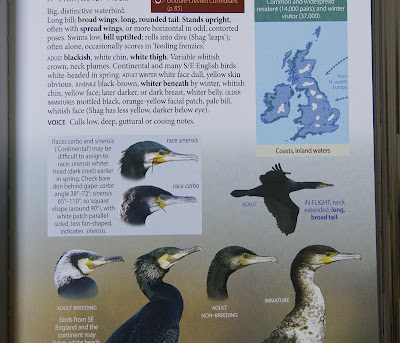 Cormorant - Britain's Birds
That was me done for the morning.
The afternoon had been assigned to making two trays of onion bhajis. 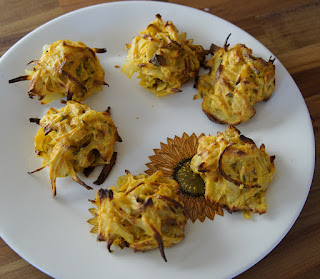 Onion Bhajis
Let me know if you need a good recipe.  Or see any good birds.

Linking today to Eileen's Saturday and Anni in Texas.