An Oakenclough winter at 200 metres is often harsh where few but the hardiest birds stay over. Garden bird feeders hold the usual suspects but otherwise the landscape can be bare and silent until the first signs of spring.
As short days shift to long and temperatures slowly climb the Pennine Hills provide a visible and established route north for migratory birds. In mid-March, and if conditions are helpful, a ringing session can often produce birds newly arrived from the distant English Channel, France, Spain or North Africa.
I set off for the 15 mile drive up to Oakenclough for the 0630 appointment. There was light soon after 6 o’clock, bright enough even to see 3 Barn Owls, a pair at one farm, a single at another; and even a roadside Buzzard that flew as soon as the car slowed.
Not the best picture, but there was no time to linger. 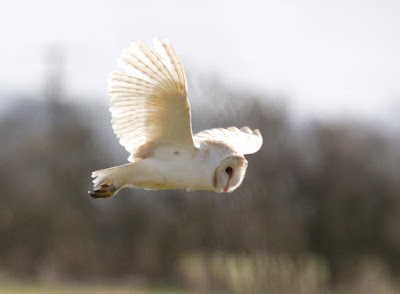 Barn Owl
I had to meet Andy at 0630 and set up the ringing station. Andy had been on Monday and caught the first Lesser Redpolls and Meadow Pipits of the season but neither a Goldcrest nor a Chiffchaff, the other species considered as omens of spring.
The morning was slow at first, not helped by the dull sky and minus degrees that little resembled the forecast of sunshine. However as soon as sun broke through the clouds, our catching rate increased.
We finished the morning with 22 birds of 9 species - 6 Lesser Redpoll, 5 Goldfinch, 3 Chaffinch, 2 Meadow Pipit, 2 Wren, and one each of Goldcrest, Blue Tit, Coal Tit and Chiffchaff.
March is one the best months to see older (but not necessarily adult) birds in immaculate plumage. Soon the rigours of nesting, breeding and feeding will take a toll on their feather tracts. 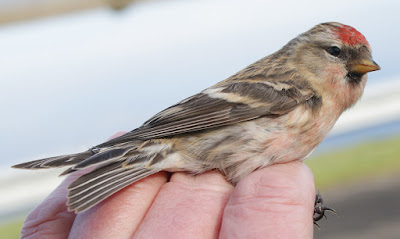 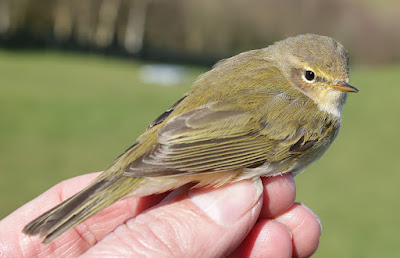 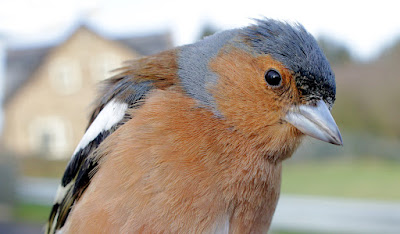 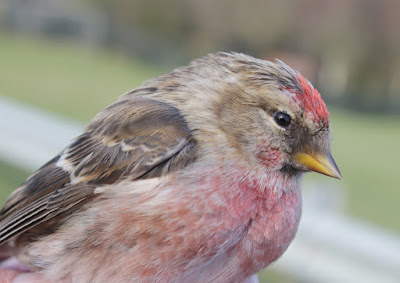 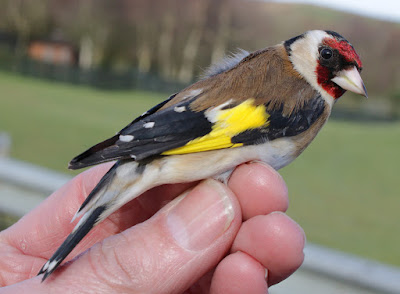 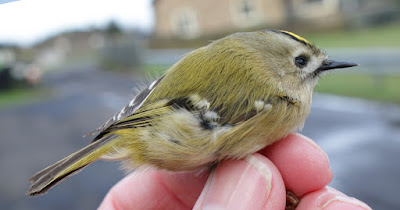 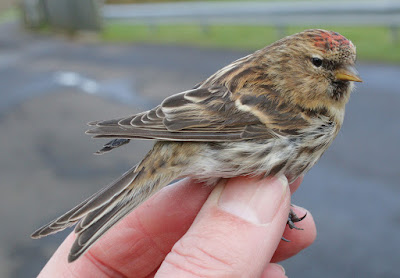 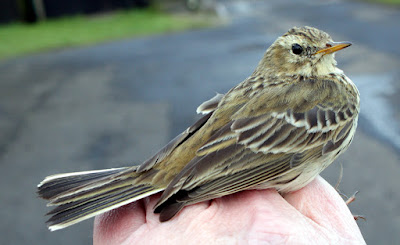 Meadow Pipit
Guys and gals, tread with care this week and also for the foreseeable future. “Social distance” is the buzz phrase for birders too. Even if you have no symptoms, others might. Don’t all head for the same target bird and then stand around nattering in close circles as you normally do; and don’t even think of sharing telescopes and Mars Bars.
Instead, go bird watching alone, and if you crave company, limit your bird buddy to someone with clean hands and no coughs, sneezes or sniffles.
Keep your birding distance but also your sense of proportion and natural optimism. Public Health England estimates that on average, in a good year, bog standard flu kills 17,000 people, while the new virus has mild symptoms for most people. "But it may be more severe for elderly ringers."
Back Soon. I hope.