I peeked through the curtains and noted the pink red glow to the south east. “Red sky at morning, shepherds take warning” is a rhyme used as an aid to weather forecasting for the last two thousand years. 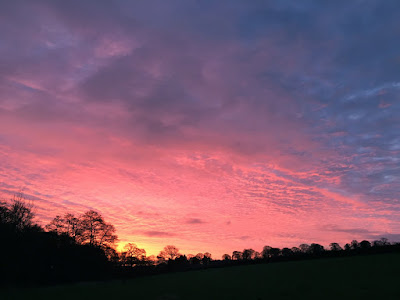 Red Sky
I grabbed a quick breakfast then hit the road birding before any rain arrived. It was windier than I’d hoped but the air smelt fresh and clean with the roads devoid of early traffic.
Every morning started with a Barn Owl or two in recent days and weeks. Today was just the same - a fast flying hunter that didn’t stop for breath or a portrait and then did a rapid disappearing act.  I made do with a flock of 18/20 Fieldfares that flew from a dark peaty field and into a line of conifer trees where they could barely be seen.
A still flooded field held a tiny flock of Lapwings, several Stock Doves and a good number of Meadow Pipits, the pipits barely visible in the long grass until they flitted to and fro. I saw a pair of Corn Buntings along the wires in the exact spot I’d seen one singing earlier in the week.  It’s looking good for a rare breeding record but still early days. Maybe my sighting will reach the WhatsApp messages where rare birds are all the rage? 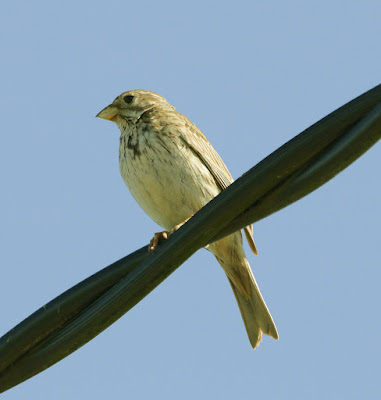 Corn Bunting
There was a kerfuffle when a Buzzard dropped from nowhere and attacked a female Sparrowhawk, something I’d not seen before.  It happened so quickly and distant through the car windscreen that it wasn’t clear if the Buzzard intended to grab the Sparrowhawk itself or the prey the hawk carried. Whatever the reason, the Sparrowhawk then spent a couple of minutes on a nearby fence rearranging its plumage and gathering composure before it continued on its way. 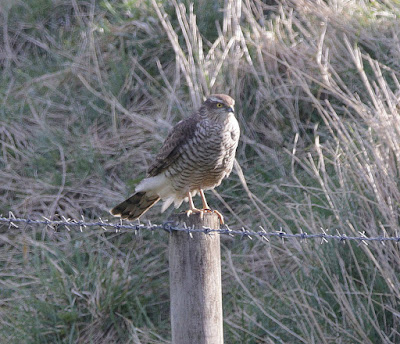 Sparrowhawk
There was a Kestrel around too. Here are a couple of over-cropped and distant pictures for the day. 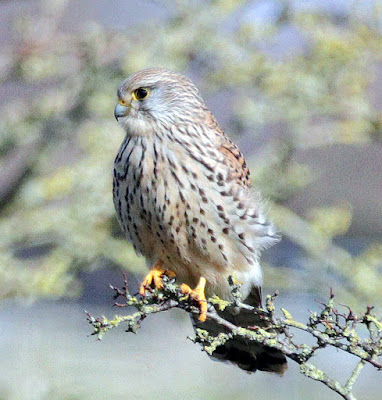 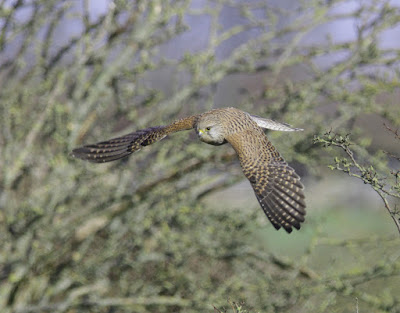 Kestrel
A stop at Project Linnet saw about 15 Linnets and a single Stock Dove hanging around for the last of the seed.  I’m writing up a summary of the winter effort August to March 2019/20 for Farmers Richard and Helen to assist their continuation of the agri-environment scheme. The write-up includes the total of birds caught.
Let’s hope Scottish ringers like Tom D catch just a few of those Linnets we ringed:
The water level at Conder Green pool is very high, a depth that leaves very few muddy margins but lots of water for wading birds to truly wade. A pair of Oystercatchers may decide to nest by the roadside waste bin where they did a few years ago. 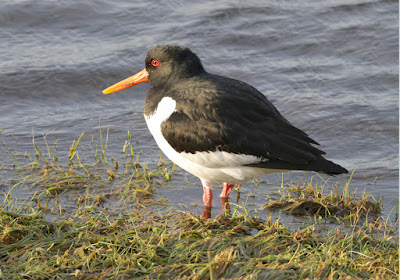 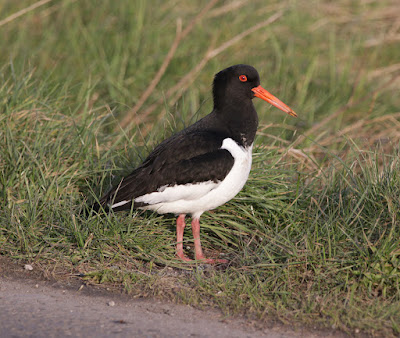 Oystercatcher
It was hard to resist taking a few snaps of a forlorn Pheasant, one that survived the winter shotguns. “Oy” it seemed to shout, as it looked me squarely in the eyes. “Where are those feed bins? You used to top them up every day.” 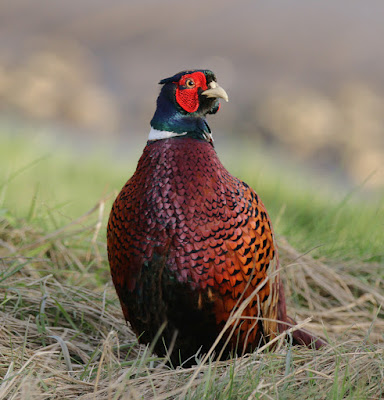 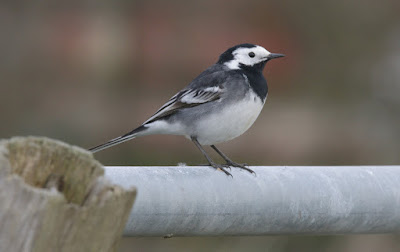 Pied Wagtail
A skirt around Jeremy Lane produced little in the way of birds except for a 3 singing Skylark and an inaccessible, very secure, farm track protected by nasty spikes and CCTV where birders and even doggy walkers fear to tread. 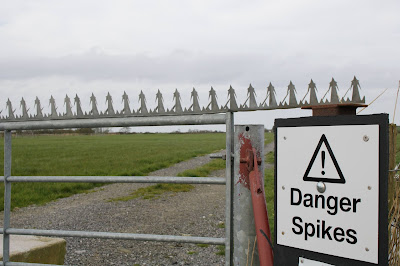 Keep Out
Not sure what type of farm this is unless they grow something quite exotic out here in the wilds of Cockerham?

Back soon with more news and pictures.