Three more weeks in captivity is the sentence. While we’re waiting for the starting pistol here’s an earlier post of Another Bird Blog from June 2017. The day promised a visit to the Bowland Hills, “England’s Answer to Tuscany”, about 20 miles away from the Flat Fylde coast where I live.
With luck there will be a chance to revisit the hills in June 2020 for what is a highlight of any birding year.
~~~~~~~~~~~~~~~~~~~~~~~~~~
I took lots of pictures up in Bowland this morning, almost 400, easily packed onto half of an SD card. I know there are some who refuse to abandon the traditional 35mm film photography, but give me digital photography, computers and Photoshop any old day.

It was a morning of waders again with a number of Snipe on show, plus Redshanks and Oystercatchers with young. I even managed a picture of the very shy Red Grouse. Other highlights of the morning included two Ring Ouzel, Turdus torquatus –“the mountain blackbird”, and at least one Cuckoo. 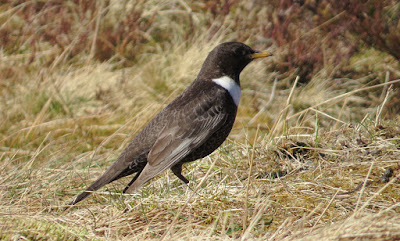 Ring Ouzel
At this time of year Redshanks are always on the lookout for predators and will shout endless warnings from a prominent place advising their young to stay out of sight. 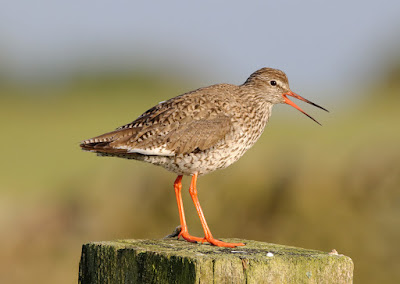 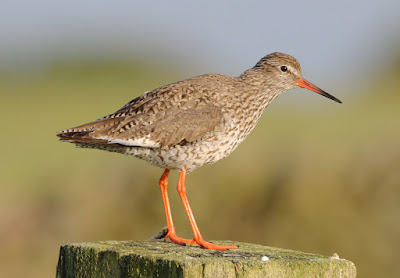 Redshank
Oystercatchers do the same. It’s not that they like to pose for the camera, their parental duties are foremost in their reaction to the wound down window of a vehicle. 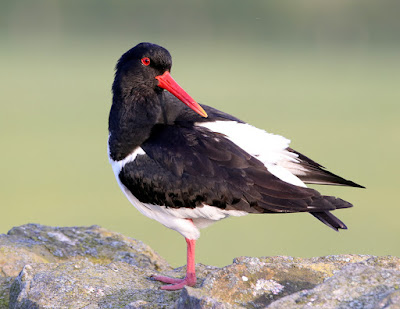 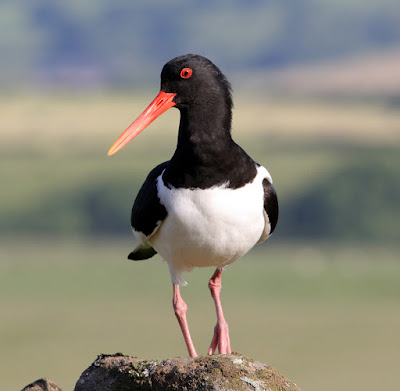 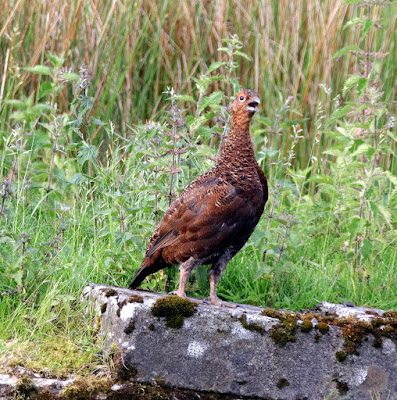 Red Grouse
The Red Grouse is an unmistakable bird - plump and round, with a gingery-red body as its name suggests. Found on upland heath, it is under threat from a nationwide, dramatic loss of these habitats. 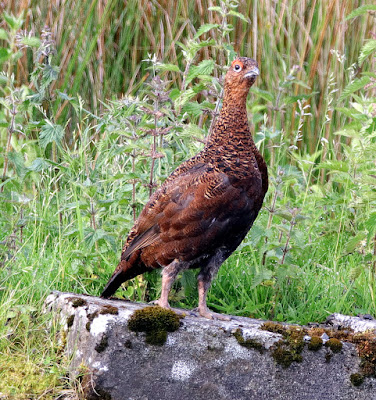 Red Grouse
Snipe seemed especially active this morning whereby I saw 8/10 individuals in poses, behaviour or voice that suggested they also have young. 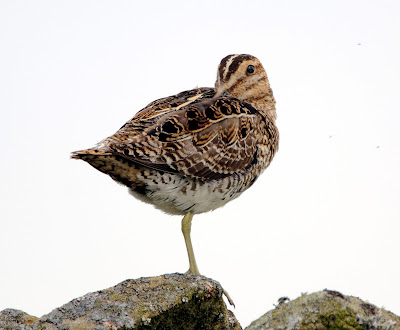 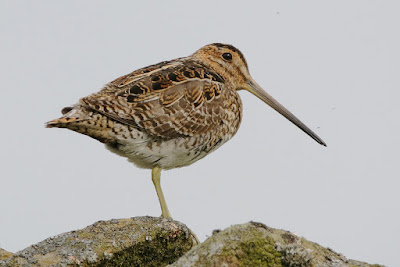 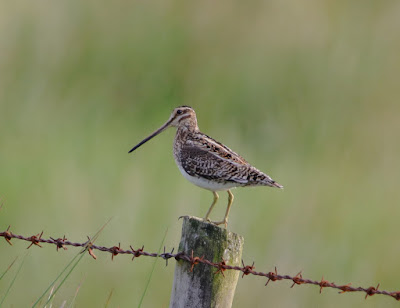 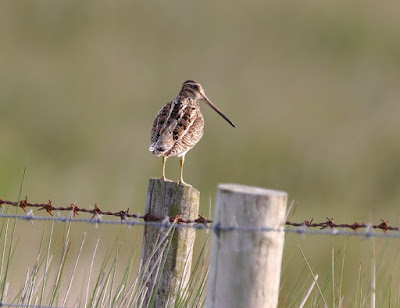 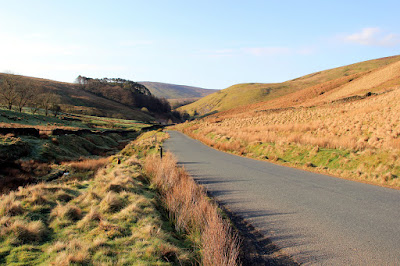 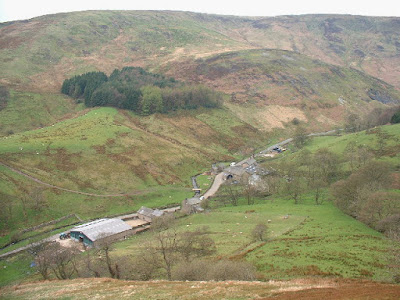 Bowland
A barely fledged Redshank  had quickly learnt about using dry stone walls as a parent looks on. 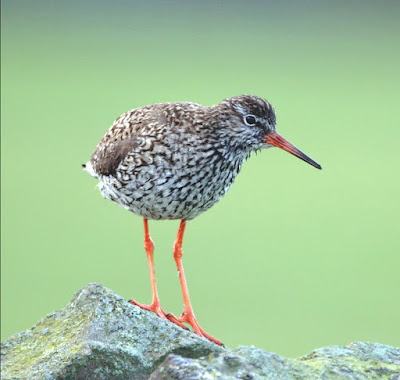 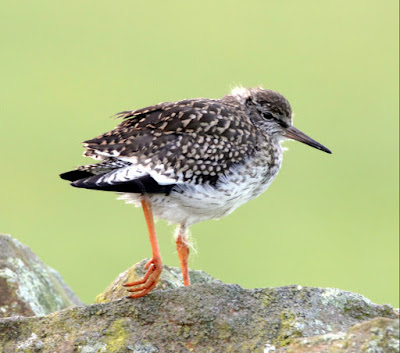 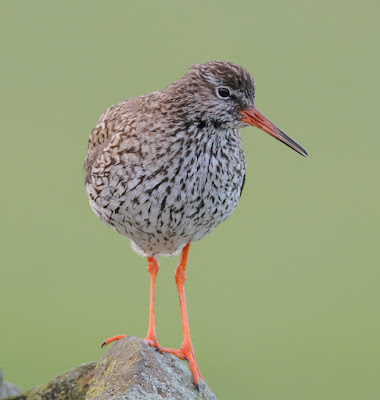 Redshank
Pied Wagtails and Meadow Pipits are probably the two most common and conspicuous birds in these parts. Sadly, the Lapwing population has tumbled for many years. 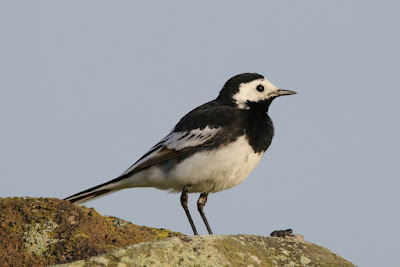 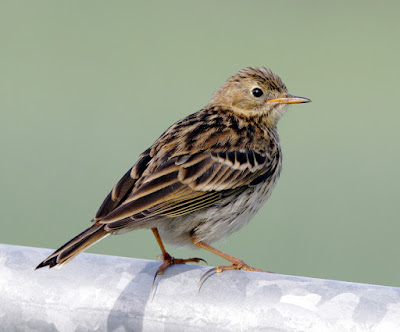 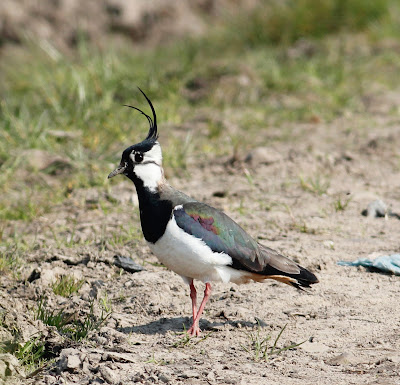 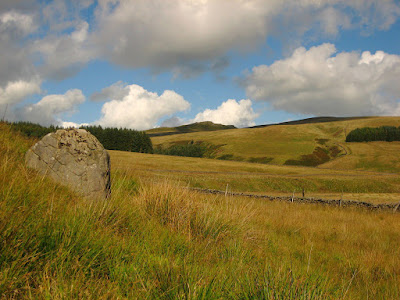 Bowland, Lancashire
At Langden there's a memorial stone to airmen killed in the Second World War that makes for sombre reading at anytime. 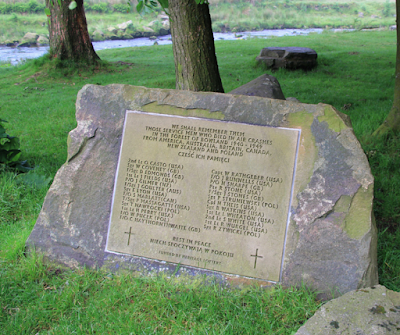 War Memorial - Langden, Bowland
That's all for today. Come back soon for more birding, photographs or ringing with Another Bird Blog.
~~~~~~~~~~~~~~~~~~~~~~~~~
April 2020. Update to that Red Grouse.
Torching heather, popular with gamekeepers but bad for the environment, is now outlawed in several upland areas of northern England The controversial practice of setting heather-covered moorland on fire, carried out by gamekeepers to create more attractive habitats for grouse is now banned on more than 30 major tracts of land in northern England. 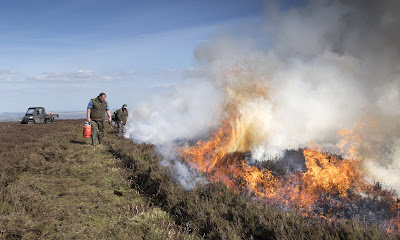 Heather Burning - Getty images
"Three large landowners have confirmed that their tenants are no longer allowed to burn heather routinely. The ban is a blow to grouse shoots, which burn older heather to make way for younger, more nutritious plants for grouse to feed on, but environmental groups say the practice harms the environment. Research by the University of Leeds has found that burning grouse moors degrades peatland habitat, releases harmful altering gases, reduces biodiversity and increases flood risk
The issue has been thrown into sharp relief by the coronavirus outbreak. Yorkshire Water and United Utilities have said that all burning on their land must now cease until further notice.
The National Trust said: “We are keen to alleviate pressure on the emergency services, and are working with estate managers and tenants to ensure any burning is stopped immediately.” The move follows requests from emergency services and local councils, which fear that burning increases the risk of wildfires, and that fumes might affect people suffering from Covid-19."

Linking this post to Eileens Blog and Anni's Blog in North America. Give them a visit.