We count ourselves fortunate that we live in Stalmine, a village less than a mile from the partly tidal River Wyre. A walk along country lanes leads directly to the Wyre salt marshes with paths that head south inland to Eccleston or north to the mouth of the estuary where the village of Knott End looks across to the once prosperous fishing port of Fleetwood. 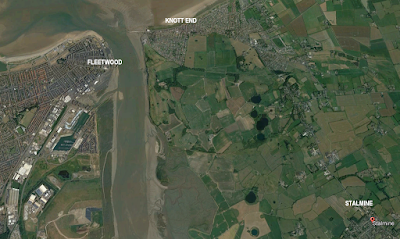 River Wyre, Lancashire
There is little of the fishing industry left in Fleetwood. Fish now comes overland by truck and van where it is gobbled up by large wholesalers rather than fish landing by local trawlers that in turn provide jobs to town folk. Perhaps in 2021 when Britain regains its rightful fishing waters we may see a revival in the fortunes, finances and lost skills of the many coastal towns like Fleetwood. 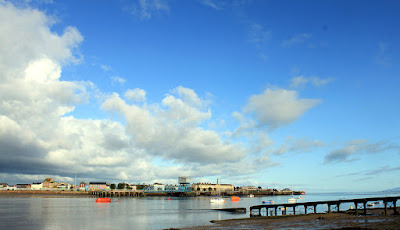 Fleetwood from Knott End
After a number of weeks with little birding I headed towards the river, where I hoped to avoid crowds and vigilantes who might report me on social media for stopping occasionally and not walking briskly. I strolled alongside hedgerows, trees and farmland where I knew there would be birds to watch. For goodness sake, what is a walk without a stop and a stare?
Just down the lane I found my first young Blackbird of the year as it scuttled noisily along neighbours’ fences. And it sat there until a male Blackbird came along to investigate the clicking of the camera. The youngster was so recently out of the nest it still had the remains of the egg tooth. The egg tooth is a small, sharp, protuberance used by youngsters to break or tear through the egg's surface during hatching. 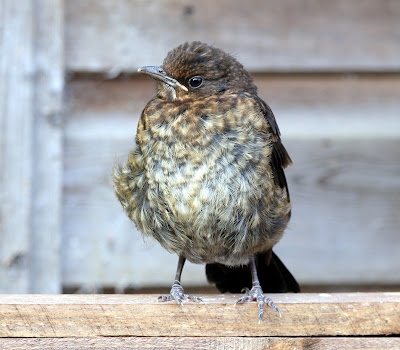 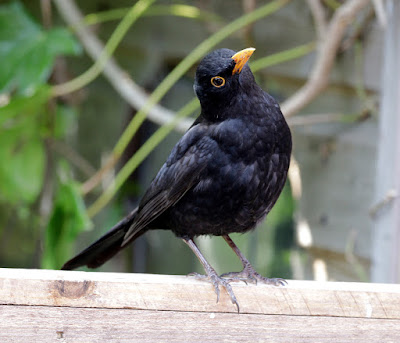 Blackbird
Buzzards are common over our house as they nest most years less than half-a-mile away. Without fail their circling flights above attract Buzzards from surrounding areas both from their calls and through their phenomenal eyesight. It’s not uncommon to have seven, eight or nine Buzzards overhead whereby if their calls don’t make me look up, the calls of the tormenting gulls surely will. This morning was three, yesterday seven. There was a Sparrowhawk too when a Starling gave the game away with a warning call as the hawk circled once or twice then flew off towards another copse. 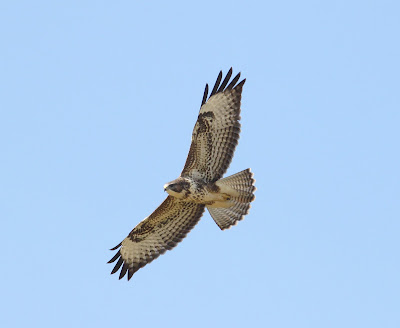 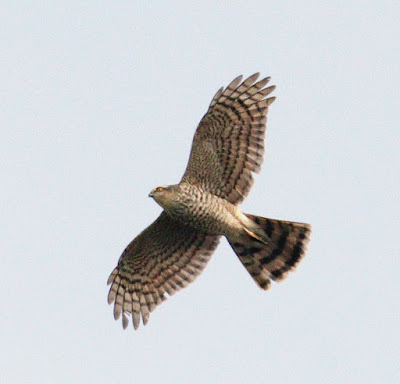 Sparrowhawk
Dunnocks, Wrens and Blackbirds were everywhere but just a single Whitethroat along lanes lined on both sides by trees and hedgerows, an ideal habitat for the usually noisy summer migrant. I’m hoping it’s just the northerly winds of the last few days that have held up the Whitethroats rather than a wholesale loss on their perilous journey.
At New House there are always House Martins where seven or eight pairs nest every year without fail. As yet no martins and passing Swallows have been few with just six or eight today. Willow Warblers too are strangely missing, a species that often sings from local gardens on first arrival until they find their preferred place along the lanes. There was a singing Chiffchaff in the same spot by the old damson trees and where I’ve heard one in past years but rarely follow up as the season progresses.
Compensation came with an obliging Sedge Warbler alongside a reedy ditch. It sang from inside the tree, at the very top and from down in the ditch as I followed it up, down and around about. This proved a morning of Sedge Warblers and a count of seven along the way. 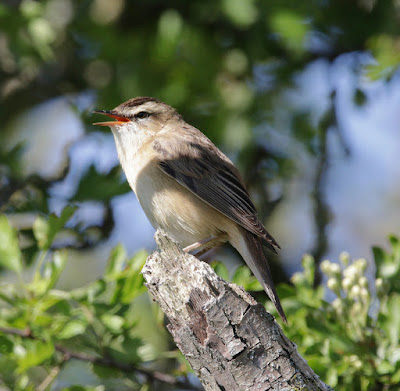 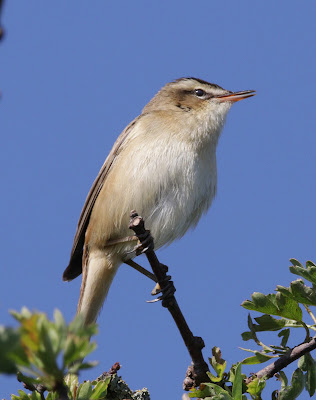 Sedge Warbler
Further down the lane are gorse bushes and fields that once grew crops of vegetables but now grow grass. There’s no winter stubble with now zero counts of Yellowhammers or Tree Sparrows and very few Chaffinches but there are a few Lapwings that scrape a living on marginal land before the first cuts of silage. There was another Lapwing sat on eggs and the one below acting very much like the concerned parent. 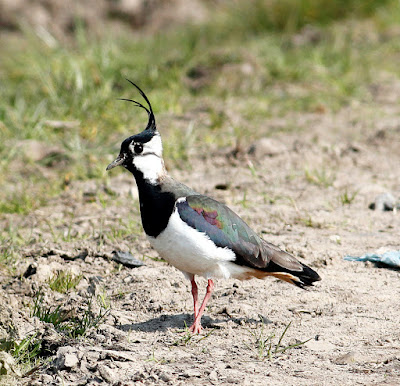 Lapwing
At the river I surveyed the undulating marsh that has dozens if not hundreds of tidal channels, ditches that are both deep and dangerous to the unwary or inexperienced. The bund allows a glimpse in some of the closer channels where I found several Redshank, a Greenshank, several Curlew, two Whimbrel and a Reed Bunting. 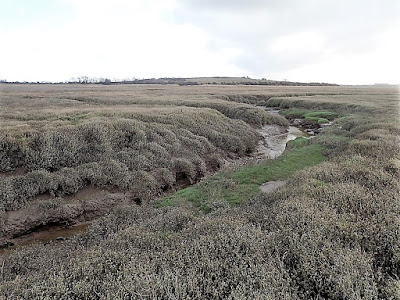 Burrows Marsh, River Wyre
The Whimbrel flew quickly away with their characteristic and unmistakable call of seven rapid whistles. Why the Whimbrel always gives seven calls but not five, six, eight or nine is not entirely clear but is a unique call that once learnt is never forgotten. 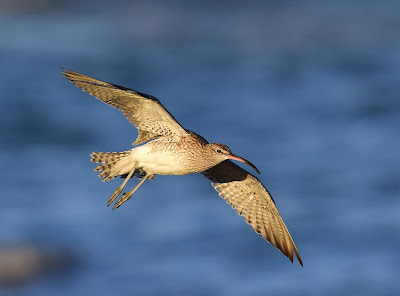 Whimbrel
I retraced my steps back home with a Kestrel, Buzzards still above but no new Whitethroats.
Back soon with more stop and stare. And there’s rain in the forecast, following an April that may be the driest on record.  There’s a novelty.