I always remember my mentor John Leedal saying to me, May was the best month of the year. Well, from the single point of view that this month sees the return of the Common Tern to Conder Green, he was obviously spot on there. I was confident the Common Tern would keep to form and return to Conder Pool by Tuesday or Friday at the latest as the dates below predict, but the birds have beaten me to it and put in their first appearance 3 days earlier yesterday 2 May (LDBWS/FBC)

It is interesting to note, the first year the Common Tern came to Conder Pool was on the late date of 2 July 2014, but they went on to breed and to successfully fledge 2 young to be last seen on 14 September at Cockersand. The following year 2015, the birds were first seen on 22 May, had 3 young to fledge, and were last seen on the Lune Estuary as a family party of 5 on 28 July.

For the next 4 years the Common Tern arrived on Conder Pool between the dates of 5 - 8 May....

2018: 7 May, fledging 3 young, last seen on 13 July. A second pair of Common Tern which arrived before the original pair had hatched chicks, appeared to be having a second breeding attempt, seemingly having abandoned the first. A chick was eventually seen, and fledged on 15 August and was last seen on 23 August. 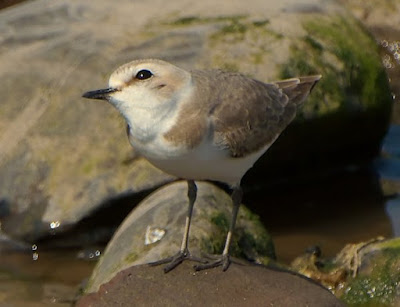 I was in the garden at 4.30am this morning to experience the Dawn Chorus. The air was alive with birdsong, the Blackbirds were particularly outstanding. Then the sunrise gave cause to realise that Covid-19 can never end that, nor silence the birds. 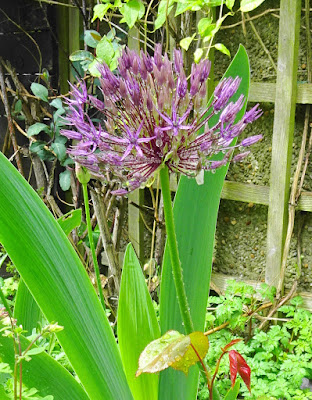 Allium. Pete Woodruff.
I had a wander around the garden, and got a half decent pik of the Allium.... 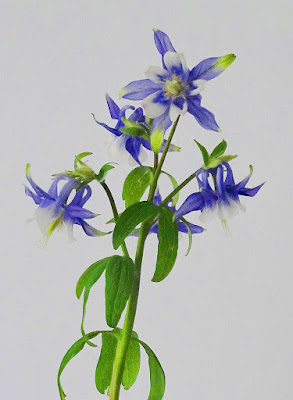 Aquilegia. Pete Woodruff. Clik the piks
....and did an indoors portrait job with the Aquilegia which I thought turned out quite good.

The Merry Month of May....Not too sure about that this time around.

I'd Sooner Be Birding!