May 3rd with once again a zero count of House Martins over the weekend, not even a fly by as often happens when early arrivals stop off and examine last year’s breeding sites under the neighbours’ eaves. The lack of martins is very noticeable because Sue and I have spent so much time in the garden recently without seeing and hearing the twittering arrival of House Martins.
There was nothing for it but to check this out elsewhere on Monday to see if martins had arrived at other regular spots, even though there isn’t much information around during these stay at home times. After all, House Martins are not seen in too many gardens.
I set out for my Monday stroll from one of my long-time workout spots at Cockerham. But first a spot of stood-still birding with lots to see on Conder Pool where most birds are now paired up but still a number of migrants.
There are a decent number of pictures today so please “click the pics” for a closer look.
The Avocets were both active and noisy with 5 pairs for sure and maybe an extra one or two individuals. Some are clearly sat on eggs while one pair spent time on the marsh clattering loudly as the tide rose to their feet. They were precisely where a pair bred last year, as if these two were weighing up the tidal rise and fall. 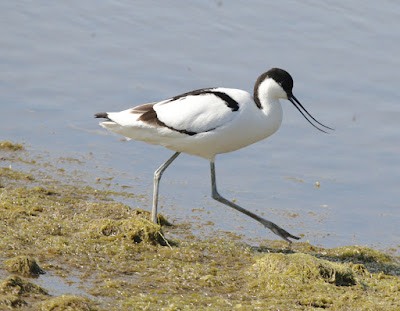 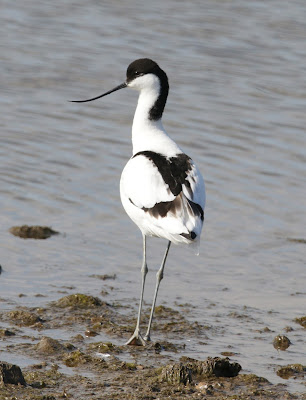 Avocet
Four pairs of Oystercatcher appeared to be on eggs with probably one pair of Redshank and 3 pair of Shelduck. Otherwise wildfowl – a pair of Canada Goose, a single drake Gadwall and 8 Tufted Duck. 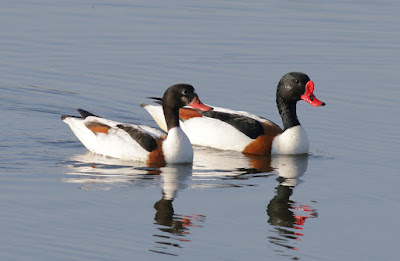 Shelduck- female, male
There was no sign of recent Spotted Redshank or Little Ringed Plover today but 76 or more Black-tailed Godwit came in many shades from grey/brown to the dark brick red of the Icelandic race. A little distant but you get the picture. 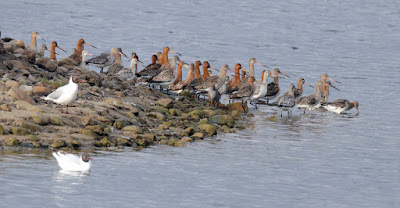 Black-tailed Godwit
Bang on cue Common Terns are back on site, four today, where as usual they compete with the Black-headed Gulls for the likeliest spots. 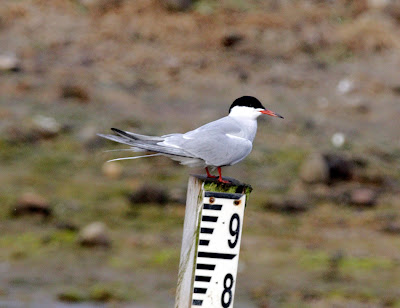 Common Tern
Two Yellow Wagtails stayed but briefly where at one point they shared the outflow wall with a White Wagtail and a Pied Wagtail. Apologies for the poor picture; it’s an attractive but small bird some 35 yards away. A single Grey Heron and five Little Egrets seen - one or two of the latter in full summer adult plumage. 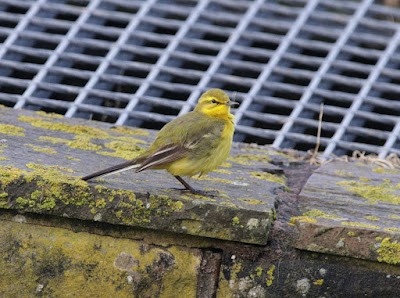 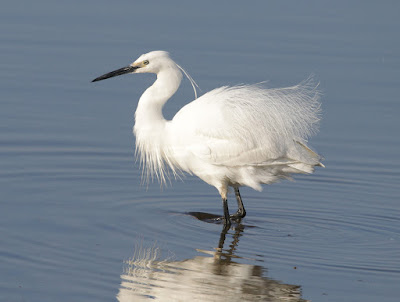 Little Egret
I wasn’t seeing any House Martins and just 15/20 Swallows fed briefly before they too flew off into the distance. Zero Swifts too, but as one might expect, lots of Sand Martins (100+) at the quarry half-a-mile away.
Other small birds arrived as 1 Wheatear, 1 Blackcap and 2 Whitethroat only, the early Wheatears now mainly moved on inland. Seemingly Whitethroats have yet to arrive in any numbers.
Along Jeremy Lane I found a few Swallows hanging around the usual farms, waiting to be let in the buildings, and where yet again the Swallow numbers are severely depleted. 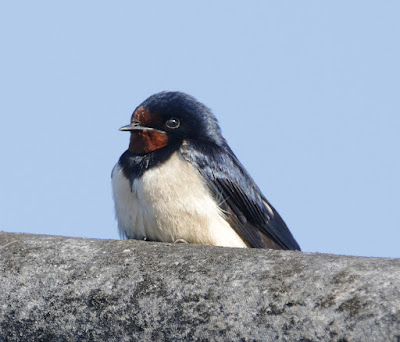 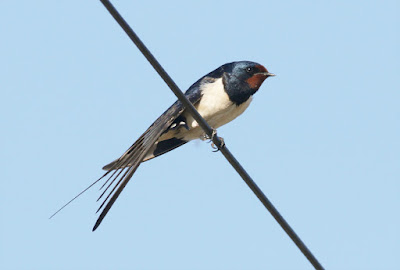 Swallow
It was soon after taking a picture of an obliging Pheasant that I found what may prove to be the rarity of the month - a pair of Grey Partridge. 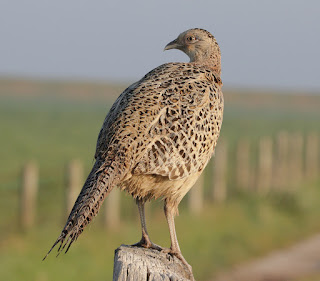 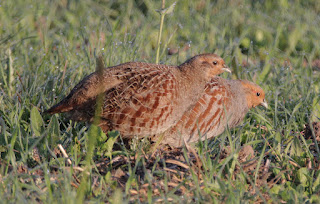 Grey Partridge
A little distant I know but a good find.
If only the WhatsApp Rare Bird Forum was up and running I could post it on there, together with a zero count of House Martins.