On Wednesday morning the windscreen wipers dragged across the screen and the dash warned of 3°C and a chance of ice. I set off regardless for my morning walk because that frosty start would mean sun and lots of it.
Flushed with Monday’s success in finding the Grey Partridge, I went back and hoped for better pictures by waiting until the sun lifted and gave bright sunshine. With good reason the Grey Partridge is a wary bird, its population at rock bottom and falling into the abyss. 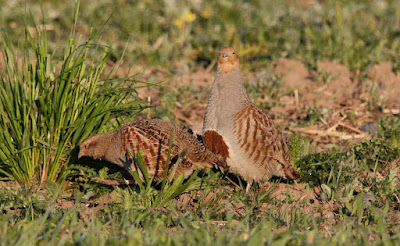 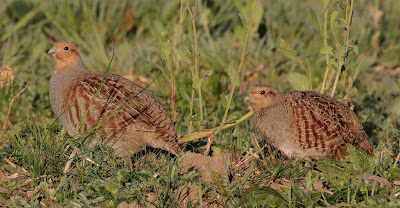 Grey Partridge
Check out the table below. As a nation we should be thoroughly ashamed. 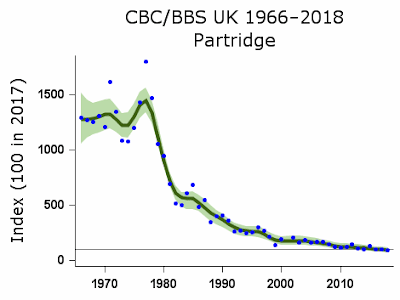 Grey Partridge - courtesy of BTO
Alongside the field were single males of both Reed Bunting and Blackbird and also 2 Stock Doves. The suspicious doves flew off, the wary partridge remained for now.
There was a Kestrel taking the morning air near Conder Green so I stopped to look at the hawk and then took a peek on the pool and the creeks. 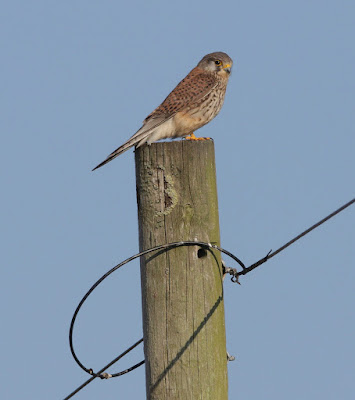 Kestrel
The godwits had changed their ratios from Monday with the majority now Bar-tailed Godwits at 24 but Black-tailed Godwits at 18.  We had gained a Spotted Redshank and 6 Dunlin however it appeared that some of Monday's excitable Avocets had departed with their number down to six.
There’s an elusive Little-ringed Plover, first you see it, then you don’t, but almost certainly there’s a female too, sat on eggs out of sight of prying eyes and cameras. 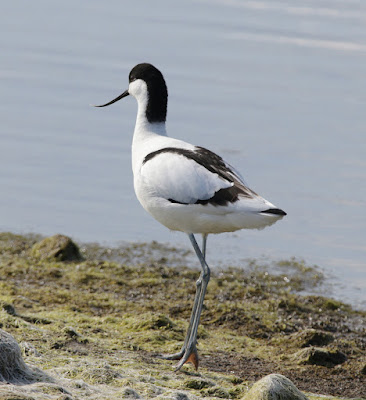 Avocet
Shelduck numbered 10-15, the difficulty of a count augmented by some flying to and from the marsh in territorial disputes. Just 4 Tufted Duck plus the now established pair of Canada Geese. Common Tern two pairs again, one pair on the pontoon and one pair on the near island. Four Little Egret.
There was a single Meadow Pipit in display on the marsh, the first there for a few years; and there was a smattering of Swallows but no House Martins over the marsh and the dwellings opposite.
Around Jeremy Lane were upwards of 15 Sedge Warblers in song with an increase to 7 or 8 Common Whitethroat and the usual Tree Sparrows and Blackcaps at the nest boxes there. 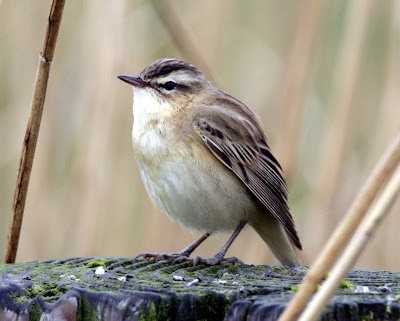 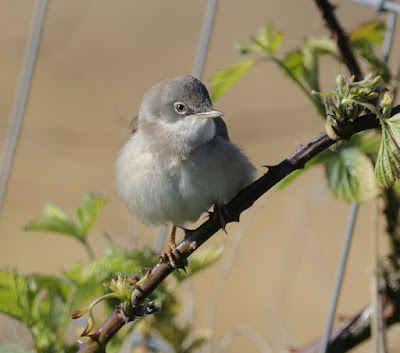 Common Whitethroat
A couple of days ago I took pics of a tiny Lapwing chick, one of two identical fluff balls. There were other chicks in nearby fields and from their size hatched at similar times. Now I found just one chick of those original ones, the remainder having walked across fields with parents, lost to predators or the weather. It’s not unexpected but still something of a mystery why and how few survive to adulthood. 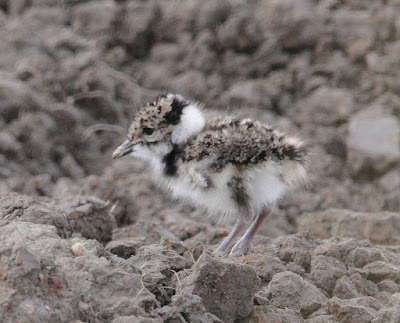 Lapwing chick
A female proved very watchful and kept the chick at a safe distance from my car but presented fine opportunities for a picture. The shorter than male crest and the maternal behaviour told me that this was the female parent of the now lone chick. 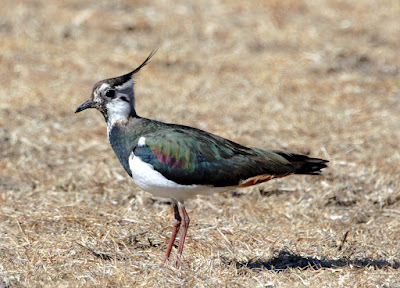 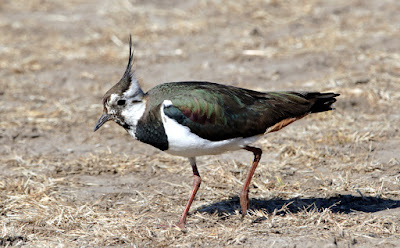 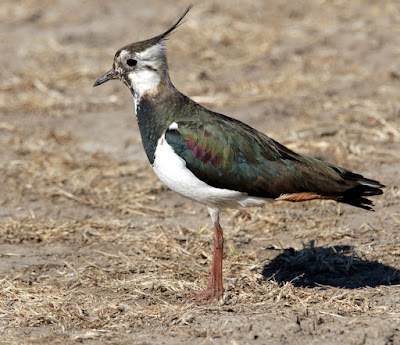 Lapwing
Now I’m no expert on mammals but this Jill appears to be pregnant; and Jack was nowhere to be seen. 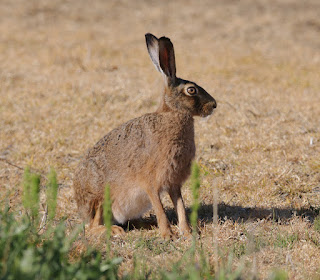 Brown Hare
Wiki - Brown Hare “The female nests in a depression on the surface of the ground rather than in a burrow and the young are active as soon as they are born. Litters may consist of three or four young and a female can bear three litters a year, with hares living for up to twelve years. The breeding season lasts from January to August. A male hare is called a jack, a female is a jill.”
=========================
And now, courtesy of Not The BBC.
Boris with his team of Londoncentric Professor Pantsdowns say some easing of the lockdown might come as early as next Monday. Well Boris, I have news for you. The people, slowly but surely, are already in the process of easing out of house arrest.
It’s the usual method. Leak snippets of information to gauge the reaction and then pull back if there’s a backlash from mainstream media.
“Government's roadmap to ease Covid-19 restrictions will be set out in 5 phases. These phases will be on 3 week review process, the current phases would commence on the following dates:"
"If coronavirus cases begin to increase, we will revert to the restrictions set out in the previous stage."
🔮 PHASE 1 🔮 Phase 1 of the roadmap will lift the following restrictions:
🔸 Construction workers, landscape gardeners and other outdoor workers may return to work
🔸 Garden centres, repair shops and hardware stores may reopen
🔸 Fitness & sport activities (non-contact) in small groups (max of 4 people) may resume (golf included)
🔸 People may meet up with friends and family in small groups outdoors (size of a "small group" is defined as up to 4 people)
🔸 The majority of regular health services will resume
🔸 Outdoor public amenities and tourism sites may reopen (beaches & mountain walks) *NOTE - social distancing guidelines will remain in operation for all
🔮 PHASE 2 🔮 Etc, etc. Phase 2 of the roadmap will lift the following restrictions: Etc, etc.
No mention of birders there, but please remember folks. You read it here first on Another Bird Blog.