We have now lost two months of ringing with a corresponding loss of two months of data collection. Bird ringers confined to barracks have not caught other ringers’ birds and ringers have been unable to catch birds previously ringed by others.
Many ringed birds are recovered via Joe Public when they report their finding of a ringed bird via the address inscribed on each ring, but with so many people stuck at home it was inevitable that incoming information would be much less. 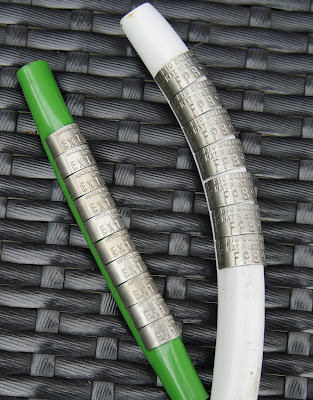 Bird Rings - Size E and Size F
Although ringing is no longer all about the where and when of bird movements, it is always interesting and thought provoking to receive a BTO notification about a bird ringed weeks, months or years before. Even better perhaps is to catch a bird wearing an unfamiliar ring number with a foreign ring, the ultimate prize for many bird ringers.
The emphasis of bird ringing is the generation of information on the survival, productivity and movements of birds, helping us to understand why populations are changing. Ringing data make a major contribution to the study of population changes and to the understanding of species declines.
Bird populations are determined by the number of fledglings raised and the survival of both juveniles and adults.
On Monday, and after a weekend of gale force winds, we had a chance to remedy the recent data loss with an overdue visit to Oakenclough. There was a promise of a 5 mph and early morning sunshine for the meet with Andy at 0600.
At this time of year we don’t expect huge catches because migration is over and birds have settled down in one spot to breed. It will be mid to late June before the catch rate improves. Therefore our catch of just eight birds came as no surprise and accompanied with the ringer’s refrain – “Well if you don’t go, you don’t know”.
Our eight birds generated a little new data by way of  4 Blackcap (2 male, 2 female ) 2 male Willow Warbler, 1 juvenile Robin and 1 juvenile Wren. 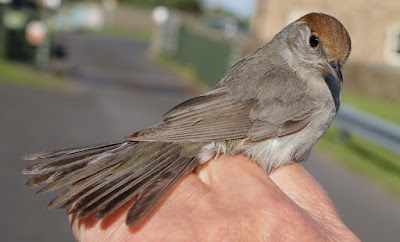 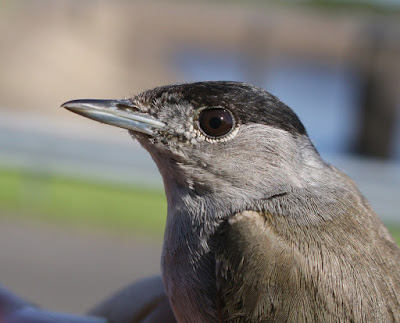 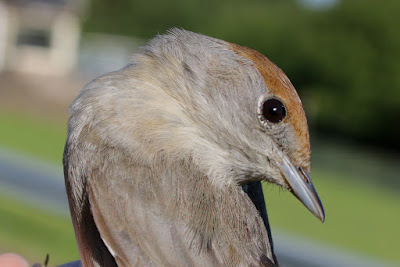 Blackcap
Recapture Willow Warbler KCE788, an adult male was ringed here at Oakenclough on 24th July 2019 when it was undertaking its main moult period prior to heading back to Africa. It was in breeding condition again today where it was caught and then released in exactly the same area. 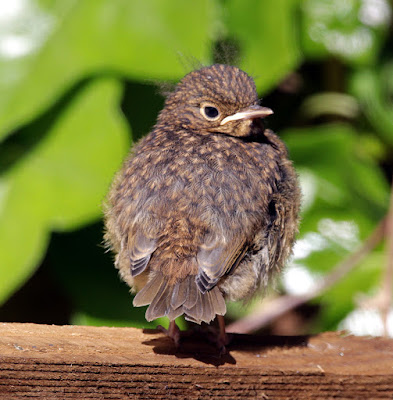 Robin
This was a quiet morning and other than the birds caught there was little to see; except for 2 Swallow, 4 Willow Warbler, 4 Chaffinch, 2 Goldfinch, 40 Greylag , 2 Oystercatcher and 2 Lapwing.