Had a pleasant leisurely four hours on the Harden Fell track on Monday to note 21 species including, on the way to Hareden Farm, 4 Blackcap were singing males, 2 Spotted Flycatchers, Chiffchaff, and 2 Grey Wagtail on the brook, a Treecreeper seen collecting twigs as nesting material, when I then saw the bird disappearing into a crevice on a nearby tree. At Hareden Farm, I saw at least 2 House Martin, and from where saw a Buzzard overhead, and first heard a Cuckoo a little distance away, my ninth this year, all heard non seen, and a singing Redstart heard.
On to the moorland which eventually produced 11 Stonechat, seen as six male, a female, and four juvenile, 25 seen here 28 May (ELOC) I honestly didn't know you could still find this many Stonechat at one location and in a compact area anywhere in Bowland these days. Also to note, at least 6 Willow Warbler heard, 2 Reed Bunting, and at least 10 Meadow Pipit. Butterflies seen, 18 Small Heath and a Small Copper.

On my way back to Lancaster, I pulled in above Trough Bridge to find a Spotted Flycatcher and a Nuthatch, both searching for insects on the Marshaw Wyre, one on the bank, the other on the stones. 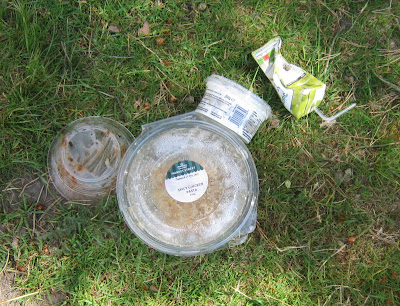 Human Remains
There's always a possibility of finding human remains in Bowland. I think perhaps in this case Morrison's would do well to put labels on the packaging asking to 'Please Take Your Litter Home'.

Thanks to Martin Jump for the brilliant header image of the Snipe reflected in a Bowland pool.
Stonechats.
I've recently found Stonechat records on Clougha 27 May (LDBWS) As a partially migrant breeder on the uplands of Bowland, subject to fluctuation in severe winters, these are excellent records. In 20 years plus, I never saw anyone with binoculars on Clougha on my 10 year long visits every month of the year. The last time I visited Clougha was 5 January 2017 when I found 10 Stonechat wintering there.

At least 20 Swift high over Bowerham yesterday evening at 8.45pm. 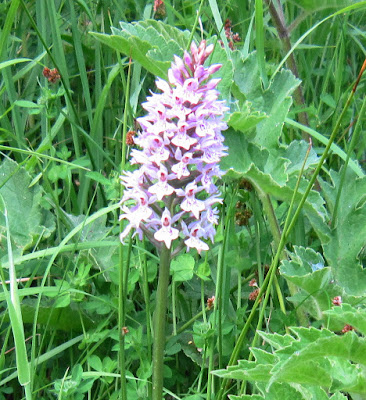 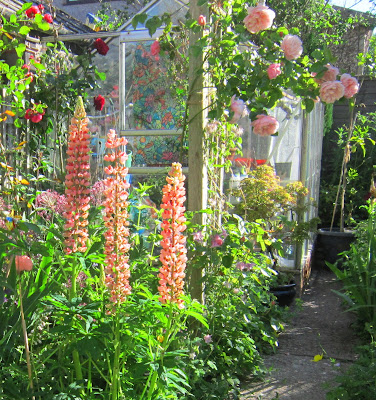 Lupins & Roses. Pete Woodruff.
The Lupins and Roses are looking good in the garden just now, and the occasional Coal Tit paid a visit collecting Black Sunflower seed from the feeders and burying them all over the place....Great entertainment.
Bee On Alium View Full Screen