Monday 25 May 2020 produced a tiny catch of birds at Oakenclough during our first visit of the spring. We planned a return for this week as we knew from experience there would be more Willow Warblers and other species along pretty soon.
Andy and I met up at 0630 to zero wind, full cloud cover and a promise of no rain. We ringed just 13 birds - 9 Willow Warbler, 2 Great Tit, 1 Blackcap and 1 Garden Warbler.
The highlight of the morning was the last named species - yes, a Garden Warbler Sylvia borin.
“So what’s the big deal?” I hear the cry from afar.

Garden Warbler
The big deal is that seven or eight pairs of Garden Warblers bred in the plantation here every year until the mid-2000s when they were gradually pushed out by invasive rhododendron that overwhelmed the entire area. Other species forced out at that time included the Common Bird Ringer, Yellowhammer, Bullfinch, Tree Pipit and Lesser Redpoll. There was also a drastic reduction in the number of breeding Willow Warblers from 15/20 pairs down to single figures.
And then in 2012/2013 the owners United Utilities (UU) invested money in trying to eliminate the rhododendron and followed it up with a replanting scheme of native species. It was a thankless and massive task that took many hours of manual labour working in difficult terrain. Even now, the evil rhododendron is attempting a come-back and will surely succeed unless UU begin an ongoing and periodic regime of destruction.
The significance of today’s Garden Warbler is that our bird was a female in prime breeding condition; a full brood patch at this the appropriate time of year rather than the species' usual appearance as an uncommon spring or autumn migrant. Fingers crossed that we catch the corresponding male, the youngsters and that the Garden Warbler has returned. 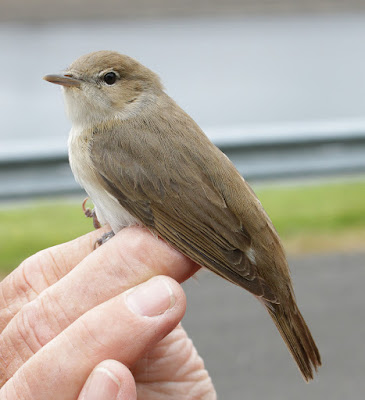 Garden Warbler
Over the years 1996 to 2019 our tiny group of ringers have ringed over 370 nestling Willow Warblers at Oakenclough. During that time finding, recording and ringing the nestlings became a project in itself where no mist nets were employed and no adults caught.
Today we chanced upon a further nest that held 6 young Willow Warblers of an ideal size for ringing. Therefore our nine Willow Warblers consisted of 3 new adults and 6 nestlings. 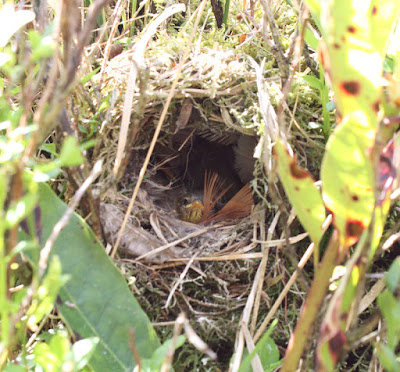 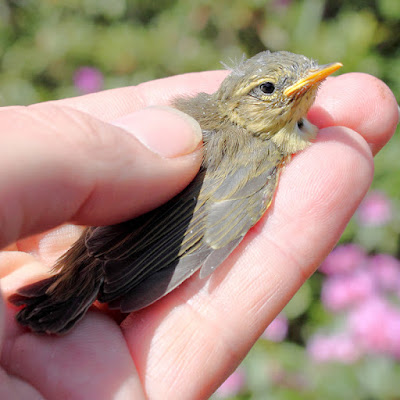 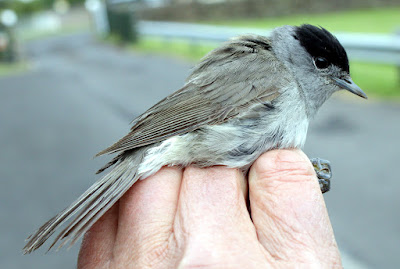 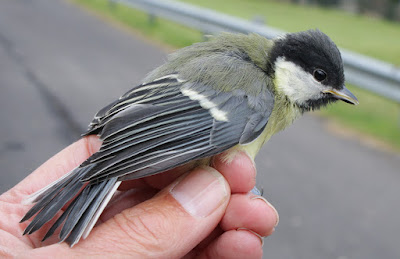 Linking this post to Anni's Birding Blog and Eileen's Views of Nature.