It was 16 June, 8 days before, that we ringed four tiny Avocet chicks. When I telephoned Chris on Tuesday evening to say we’d be along on Wednesday to the Sand Martins he said that the Avocets still had four youngsters. That’s quite an achievement since many wading species that start off with four eggs followed by four chicks can quite easily find just a single one makes it to adulthood.
The Avocets were close by again, near enough to rattle off a number of pictures before we set up the single net for the Sand Martins. It was quite difficult to get all four chicks together in one frame. 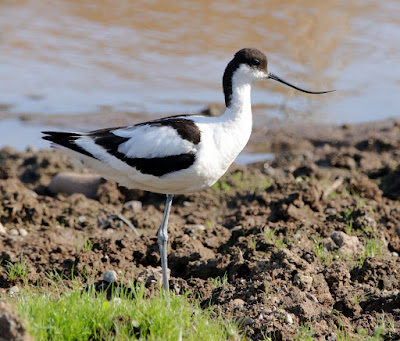 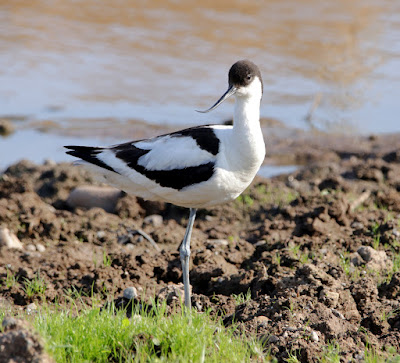 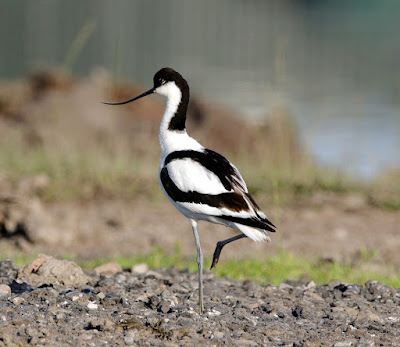 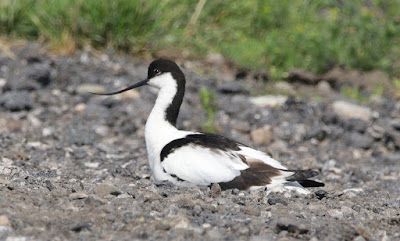 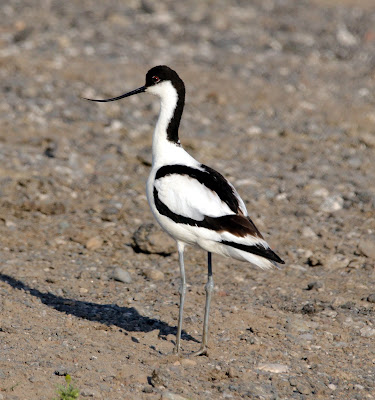 Avocet
We were joined today by Bryan, an extra pair of safe hands for the tricky job of erecting a net to catch the Sand Martins. Catching Sand Martins proved more successful than 8 days earlier as it became clear that more juveniles were around this week. 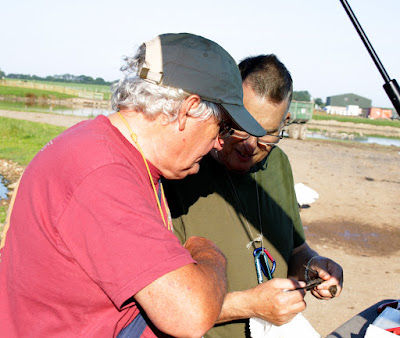 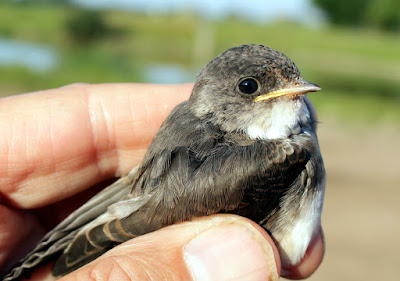 Sand Martin - juvenile
The martin nests are located at the end of long tunnels, which can be up to a 1m long into the gravelly sand. The chambers are a hotbed for parasites, mostly blood sucking hippoboscid, louse flies. Although not all chicks have the parasite, where we spot them and where possible, we remove the unsightly ticks by a light squeeze and twist of the tip of the ringing pliers. We then quickly send the chick on its way. 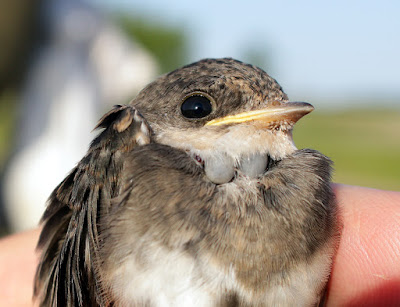 Sand Martin - juvenile
We caught 23 Sand Martins, 13 juveniles and 10 adults. A recapture ring number S348922 had been ringed here as a juvenile on 1st July 2017 but not in between those dates.
We had finished ringing the last martin when we heard the distinctive calls of a Little Ringed Plover flying overhead as it continued in a southerly direction. ‘LRPs’ as they are known by birders have bred on this site. Not in recent years, but in conjunction with the farmer, we are working on the idea of increasing the site's species list.
Over a nearby wood we saw a family party of 6 Kestrels in the air together, probably 4 young and both parents. It’s not a completely unknown sighting but rather welcome when it happens.
Better was to come a minute or two later in the shape of a Hobby, the bird attracted into the area by the sight and sound of 140+ Sand Martins. It hung around for a minute or two before flying off south in the direction of Pilling.
It was a fitting end on the high of a very enjoyable morning.