Monday was the day I couldn’t make it - Summer Holidays and Grandparents Rule. Andy had been to Oakenclough and in less than ideal conditions caught another 20 or so birds with more Willow Warblers and Blackcaps. There was even an unlikely Sedge Warbler, the second one ever up here on the edge of Pennines at 700ft above sea level.
Tuesday’s forecast promised a better morning with less cloud and higher temperatures. At 0600 the wing gauge read zero and the reservoir resembled a sheet of glass - most unusual in this often windy, wet spot chosen as a site in which to gather rainwater. 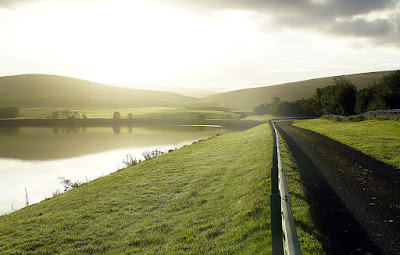 The Reservoir
The omens were good as the very first round saw three juvenile Willow Warblers in the nearest net. We then caught steadily until the 1030 finish mandated by a dental appointment.
Two or three themes emerged; the continuation of movement through the site of new Willow Warblers, Chiffchaffs and Chaffinches. Also, our fourth Garden Warbler of the year. By many standards just four Garden Warblers may not seem high but after a summertime absence for many years their reappearance augurs well for the species’ return here to breed in 2021.
A good mix of species saw 27 birds caught – 7 Willow Warbler, 4 Chaffinch, 3 Great Tit, 2 Chiffchaff,2 Goldfinch, 2 Coal Tit, 2 Blue Tit, and one each of Greenfinch, Wren, Siskin, Garden Warbler and Blackcap.
The juvenile Siskin was almost certainly a roaming and fairly local one. We are reliably informed that North of the Border in Bonnie Scotland their Siskins still swarm around garden bird feeders like clouds of green-yellow bees. Small finches like Siskins, Redpolls and Chaffinches have little reason to leave Scotland until the weather turns inclement and/or their food depletes. 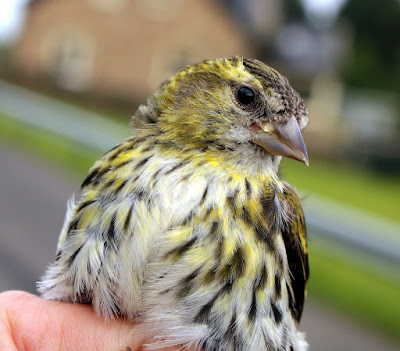 Siskin
2020 has seen an improvement in the fortunes of Greenfinches. Many birders report seeing better numbers and we have started to catch a few here too. The one below is a juvenile female. 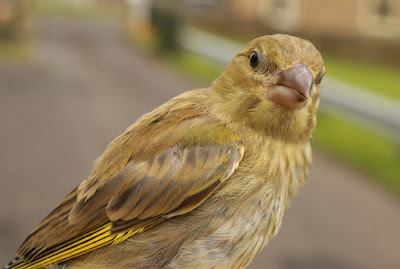 Greenfinch
Good numbers of Chaffinches around today as there has been for a week or so. It appears that Chaffinches have had a productive breeding season. 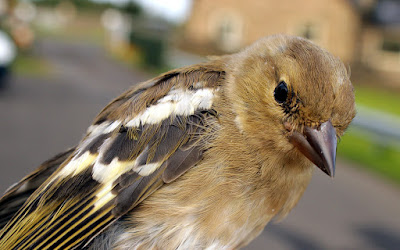 Chaffinch
Seven Willow Warblers today brought our total here to 32 in the month of July as the species moves through the locality. 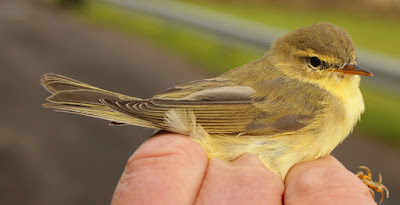 Willow Warbler
One of today’s Chiffchaffs was about as small as they come. With a wing length of 56mm and a weight of 6.8 grams it was marginally bigger than a typical Goldcrest. 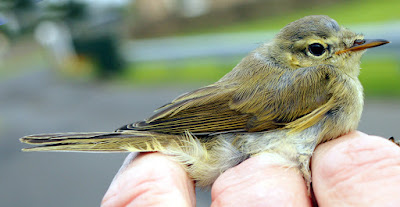 Chiffchaff
If this weather holds we may get a crack at the Sand Martins and/or back to Oakenclough on Friday. Stay tuned to Another Bird Blog so as not to miss out.