Andy’s shiny new battle wagon didn’t bring much luck today.  Just a week ago we had the best catch of the autumn so far with 43 birds, https://anotherbirdblog.blogspot.com/2020/07/business-as-usual.html. 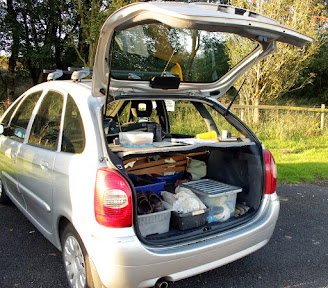 This morning we set up the ringing station in the hatchback expecting a good catch on such a fine and warm morning.  If anything, the south-easterly breeze was a little too blowy with the glaring sun on mist nets providing an unwanted addition.

There seemed to be few birds around and we struggled to even reach double figures with 4 Willow Warbler, 2 Goldfinch, 2 Wren, 1 Robin and 1 Chiffchaff. 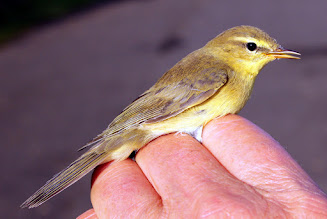 All Chiffchaffs look unkempt at this time of year. Both adults and juveniles undergo their respective moults. The one below is in post-juvenile moult. 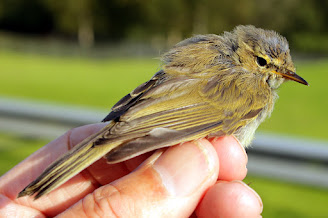 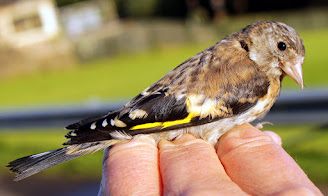 Goldfinch
Luckily and despite today’s poor numbers the month of July here at Oakenclough has been quite productive with 175 captures. Top spot was taken by Willow Warbler on 47, well clear of Blackcap and Chaffinch on 15 captures each followed by 9 Chiffchaff and 5 Garden Warbler.  Bonus birds came in unexpected singles of Sedge Warbler and Pied Flycatcher plus a couple each of Siskin and Lesser Redpoll.

In contrast to our poor catch the morning provided a good show of visible migration by Swallows. The four hours with not much to do allowed time and opportunity to watch and count groups of Swallows. In the clear skies they arrived from the north in small gangs of 5-15 individuals that fed on the wing around the buildings and woodland edge before each one of them headed south.  We counted 150 + in four hours of observation. July 31st may seem early for Swallows to begin their long migration but that is exactly what they must do to reach South Africa for their second summer. 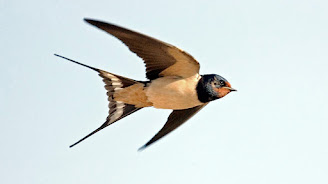 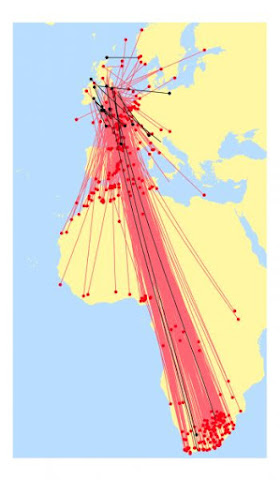 Swallow Migration - BTO
I see Google has "improved" Blogger. Alright, it may take time to adjust to the changes but this has taken an hour instead of the normal 15 minutes.
Am I alone?
Linking today to Eileen's Saturday Blogspot and Anni in Texas birding.