Seven Tree Pipits caught this morning during the ringing session at Oakenclough. Seven in one morning is something of a record number for birders who see Tree Pipits in Spring and Autumn only. We are at the peak of Tree Pipit migration. A fellow ringer in Scotland has ringed more than 135 so far this autumn, a number that puts our meagre 10 into the relative perspective of the species being much less common in Lancashire than in the wide open spaces of Scotland.
The morning was almost ideal - zero wind, hot and sultry and barely a cloud in the clear blue sky. A bottle or two of cold beer would have been more welcome than the hot coffee that accompanies bird ringers everywhere. 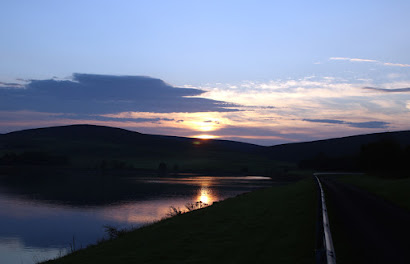 Dawn at Oakenclough
We kicked off at 0600 hours and finished at 1100 with 36 birds for five hours work.
Fifteen species meant that we processed a good mix of finches and warblers. 7 Tree Pipit, 5 Willow Warbler, 4 Blackcap, 4 Lesser Redpoll, 2 Chiffchaff, 2 Song Thrush, 2 Chaffinch, 2 Coal Tit, 1 Goldcrest, 1 Great Tit, 1 Blue Tit, 1 Goldfinch, 1 Dunnock , 1 Wren and 1 Blackbird.
All seven Tree Pipits were seen to be first summer/juveniles. The early season weather was very good to insect eaters like Tree Pipits and this may prove to be a record year for the species and sightings 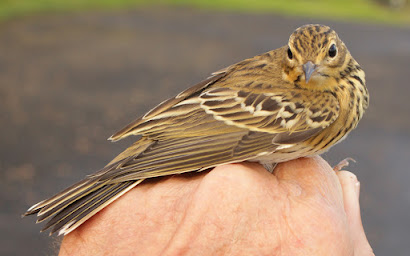 Tree Pipit
The two Song Thrush caught were clearly siblings. They were at the exact same stage of youthfulness, found in the net together, and when released flew off in the same direction. 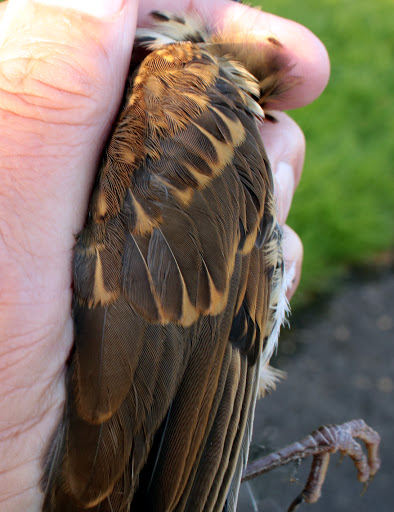 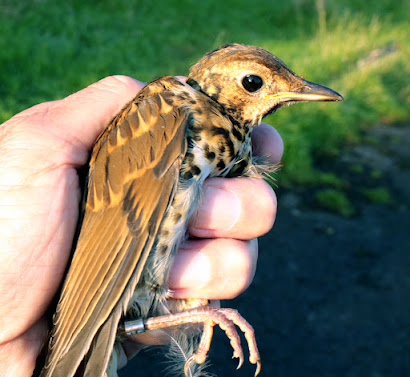 Song Thrush
All four Lesser Redpoll turned out to be first summer/juvenile. A couple of them were so juvenile that their post-juvenile moult had barely begun. 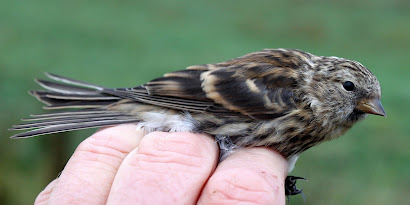 Lesser Redpoll
All five Willow Warblers were birds of the year/juveniles. 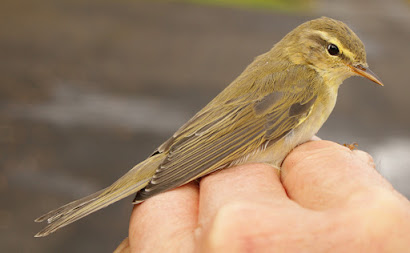 Willow Warbler
Other birds seen but not caught Spotted Flycatcher, Tawny Owl, 22 Long-tailed Tit, Sparrowhawk, 15 Swallow.
It’s been a hot and thirsty day. Now what’s it to be, a glass of beer, red wine or a fizz to celebrate our Seven Up?
++++++++++++++++++++++++
After reading the latest Bird Guides I definitely need a stiff drink.
Bird Guides – 11th August 202 - It seems the plague of Groupthink, authoritarianism, pure bullshit and the uncontrolled urge to rewrite history, has reached the once sensible world of birding.
"The American Ornithological Society (AOS) has announced that it is to change the name McCown's Longspur, after a unanimous decision by the North American Classification Committee (NACC). Rhynchophanes mccownii, named after the naturalist who first collected the species in 1851, will now be known by the English name Thick-billed Longspur." 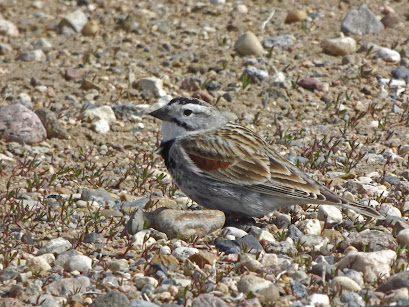 McCown's Longspur - Wiki
It was previously titled after John Porter McCown, who was involved in relocations of Native Americans during the 1840s, and who left the United States Army to serve as a Confederate general during the American Civil War.
The so-called Bird Names for Birds movement, which “aims to support equity, diversity and inclusion in the birding community”, has so far gathered 3,200 signatures on a petition calling for action.
Yes, that’s right, out of a world-wide community of hundreds of thousands if not millions of birders, the AOS bowed to pressure from 3,200 nutters, most of whom couldn’t tell the difference between a longspur or a Long-tailed Tit.
Alex Holt of Bird Names for Birds commented: "This is certainly a positive move, but I hope this now leads to further introspection within ornithology and beyond into other scientific fields. "McCown wasn't just a singular anomaly that has now been "solved", but a single expression of far more deep-rooted issues of colonialism, racism, sexism and other prejudices that have gone unchallenged for too long. Hopefully, by continuing to confront that legacy, we can further break down the barriers around who feels able to get involved with birds and nature."
Such madness is best summed up by a comment from a Bird Guides reader.
Oh dear, PC gone too far. We shouldn't attempt to re-write history. Slavery, genocide, colonialism and religious persecution are all part of collective human behaviour dating back more than 5000 years. We may not approve of such shameful behaviour today but it is an undeniable fact, not confined to white Anglo-Saxons and in many parts of the world it is still evident. I suspect that if we were to examine the political views of many 19th Century naturalists we would open a can of worms.
Now where's that drink?