We returned to Oakenclough today. I arrived at 0620, Andy at 0625 for the appointed 0630. That’s just one of the many disciplines of becoming a bird ringer - punctual and dependable timekeeping. Sadly, many a trainee ringer falls at this very first and perhaps most important hurdle of an apprenticeship.
Following a satisfactory session of 36 birds on Wednesday we hoped for a similar result today. An easterly breeze of 10-12 mph suggested a repeat was unlikely. While north, south and west winds all produce some birds, easterlies arriving via the nearby Pennine Hills rarely produce the goods in numbers.
Luckily the breeze dropped slightly as the morning wore on, allowing a steady if unremarkable result with 22 birds. Finches were to the fore but we caught yet more Tree Pipits. We totalled - 7 Goldfinch, 3 Siskin, 3 Tree Pipit, 2 Willow Warbler, 2 Chiffchaff, 2 Coal Tit, 1 Blue Tit, 1 Great Tit, and 1 Whitethroat.
The Common Whitethroat was today’s star bird. Not because it is rare but as the “Common” prefix suggests, Whitethroats are a widespread bird of lowland farm, scrub & hedgerow. They are pretty uncommon up here at 700ft above sea level, this the second ever caught here at Oakenclough. Upon inspection, and unsurprisingly, we aged this migrant as a bird born this year. 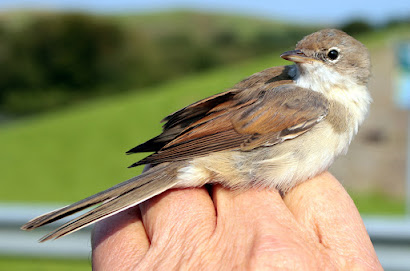 Whitethroat
Siskins are rather special little birds that come in many shades of grey, green, yellow, buff and brown to name but a few. Even the youngest ones are fine specimens to admire. 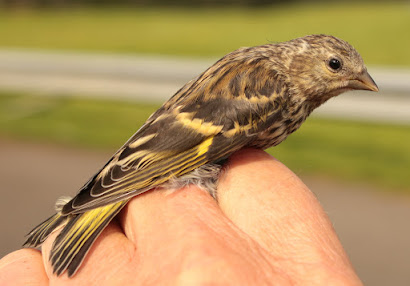 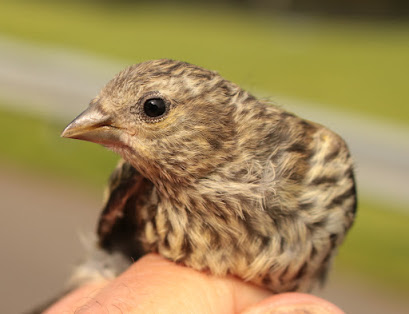 Siskin
None of the seven Goldfinches could be sexed as they had little or no head colour to inspect. By now mid-August these are youngsters of second broods where the size of an individual might suggest some male, some female. Without the extra information provided by colour and its whereabouts, these birds go onto the database as age ‘3’ - a bird born this year. 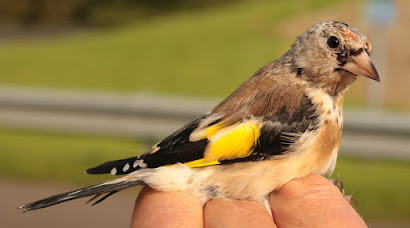 Goldfinch
Two more Willow Warblers today brought our total here to 77 captures of the species for 2020. Just six of the 77 were caught on a subsequent occasion, usually within a week or less. 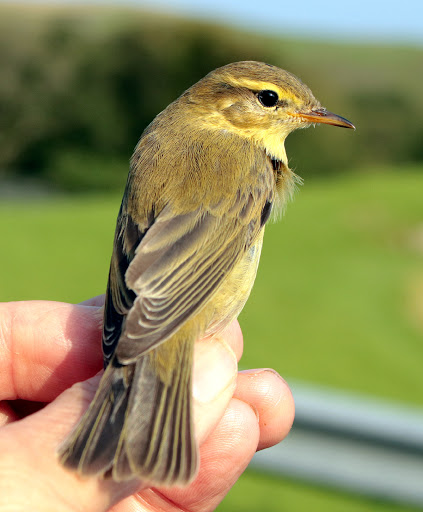 Willow Warbler
Our Tree Pipits saw three more birds of the year heading south to Africa. Tree Pipits winter in forest and wooded savannas from Guinea in West Africa, east to Ethiopia and as far as South Africa. However, the specific whereabouts of British birds is still unknown. (BTO Migration Atlas).
As with other declining bird populations, many of the causes may lie outside Britain, on migration or in the African wintering grounds. 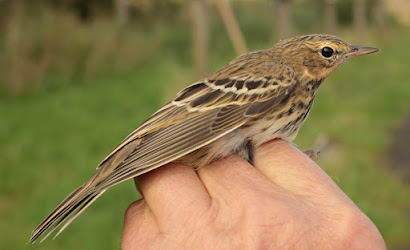 Tree Pipit
Birding between ringing was pretty unremarkable with little to see in the easterly gusts. Raptors in the shape of Kestrel and Sparrowhawk, 30+ Swallows and a single Swift on the move as the air warmed and the early breeze moderated.
On the way home I stopped at Lancaster Road to view the flood caused by recent rain and thunderstorms. The hundreds of gulls, dozens of Lapwings and two soaring Buzzards were scared off by a light plane flying overhead. There wasn’t time to wait. Lunch called. 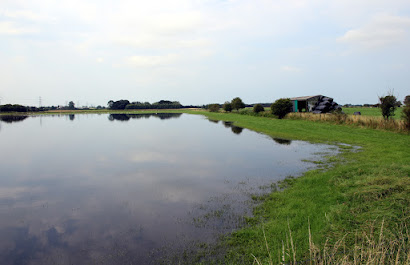 Summer Scene
All the rain of June and July with recent hot sunny weather and more bucket loads of rain looks like providing a bumper crop of apples in the garden. 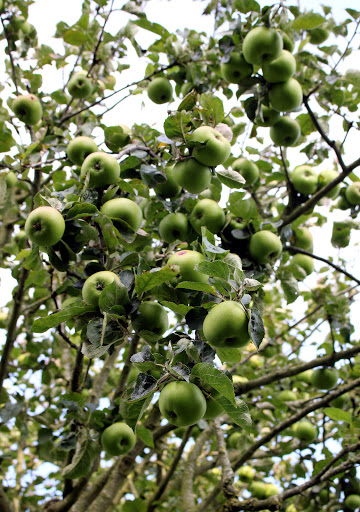 Bramleys
And still a month or more to swell those Bramleys.  And then it's Apple Pie time.
Linking today to Anni's Birding and Viewing Nature with Eileen.