Wednesday morning - “The Met Office has issued an 18-hour warning for strong winds in Somerset as Storm Ellen batters Britain and the West Country. The storm contains the remnants of Tropical Storm Kyle and will bring gales as it hits Ireland, before striking the rest of the UK all week.”
With that gloomy forecast in mind I set off for a spot of birding and maybe even a ringing session if the wind held off long enough.
I was an early bird at Conder Green where the sun shone and the threatened storm seemed far away. The shy and wary Green Sandpiper is one of those species we often hear before we see. Their unmistakable, sharp, high pitched crazy calls alert us to their presence, like someone stepped on their toes and made them fly off cursing. Often, all you see is their pure white rump disappearing into the distance. Listen to their call to hear the wildness within.
I saw at least two ‘green sands' but thought there may have been three because one flew off calling loudly towards the creek and didn’t return. 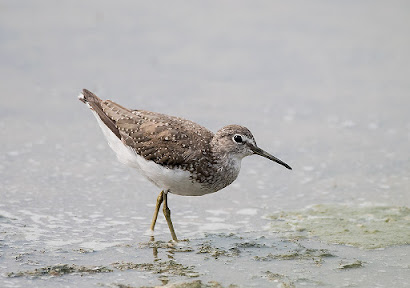 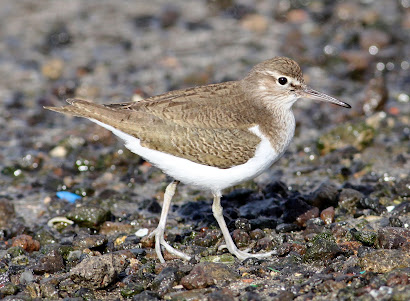 Common Sandpiper
Early doors saw the Lapwing roost on and around the islands as 150 plus departed noisily for the River Lune at some unknown prompt. In the creeks were 3 Greenshank together and just singles of both Curlew and Redshank. 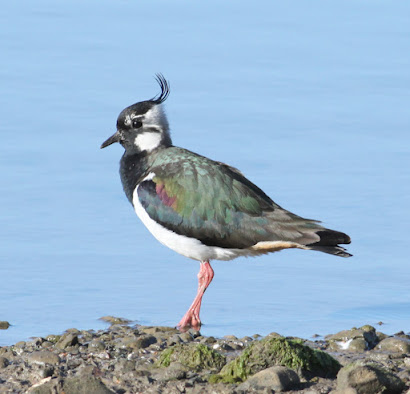 Lapwing
Teal are back in small numbers with 25 in the roadside creek as a Kingfisher flew through. The Kingfisher, or another, was on the pool soon after where it used the level marker from which to hunt the shallows below. Apologies for the long-distance shot; 600mm is as near as the Kingfisher comes when water levels remains low, even after the voluminous rains of June, July and now August. 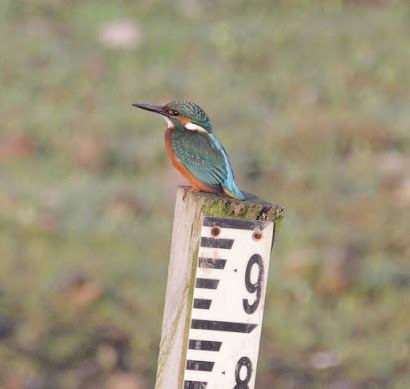 Kingfisher
Little Grebes numbered eight with Tufted Duck the same. Two Stock Dove and 8 to 10 Pied Wagtail fed around the pool margins. One Grey Heron and one Little Egret completed an hour or so of looking before I headed for Cockerham and Sand Villa.
By now 1000 the breeze was too stiff for a net through the seed plot. I birded for a while. Fifty or more Linnets along the sea wall joined with a gang of Swallows to mob a passing Sparrowhawk while in the copse a Willow Warbler, 3 Greenfinch and 4 Goldfinch. Richard’s midden with its puddles, rotting vegetation and hive of insects is popular with Pied Wagtails.
At least ten wagtails around today but no sign of the recent Corn Bunting or the Grey Wagtail of late. 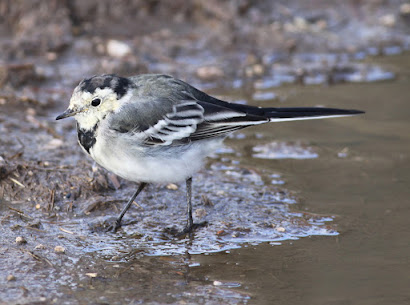 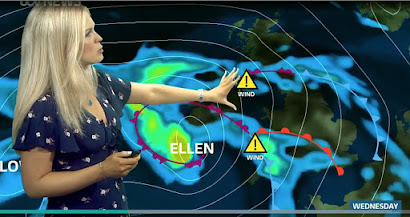 On dear. Looks like I won't be going anywhere on Thursday. Or Friday.
Linking today to Eileen's Saturday Blogspot and Anni in Texas.