With a dry sunny morning but a 20mph stiff northerly there was no chance of a ringing session at our exposed ringing sites.
I set off for the usual birding spots with the car heater turned to ‘max’ and four layers on top. Summer had turned to autumn with a vengeance.
Braides was first stop where an unplanned pool appeared during summer rains after the farmer’s levelling went awry. Fifty-five Curlews were dotted around the margins of long grass with a couple of Swallows hawking for early insects. Along the track in the distance I saw 3 Little Egrets and a single Grey Heron. 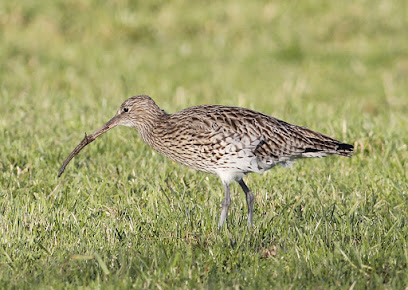 Curlew
I pulled in at the lay by at Conder Green and almost immediately heard Green Sandpipers – in the plural. In fact there were four together in the creek and not the more usual, a single one on the pool margins or a dark, almost black, white-rumped bird flying fast and furious. The morning was already becoming a reprise of a visit here 9 days ago when I saw two, possibly three ‘green sands’.
The sandpipers were very skittish, a trade mark behaviour of the species. Within a minute or two they had flown noisily around the creek out of sight. They took a feeding Common Sandpiper along too. 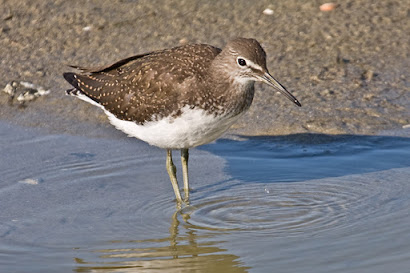 Green Sandpiper
I stood quietly at the viewing screen hoping that something would come close. A Kingfisher flew up to the top of the marker post, now a favourite spot with water of the preferred depth for fishing. It didn’t linger more than a minute when something spooked the 150+ Lapwings dotted around the islands.  In turn the Lapwings spooked the Kingfisher. 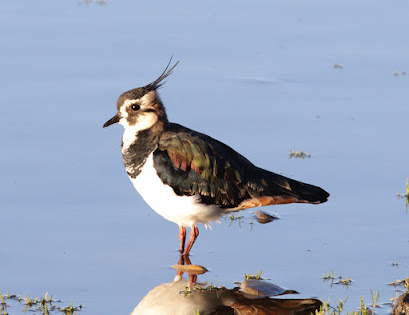 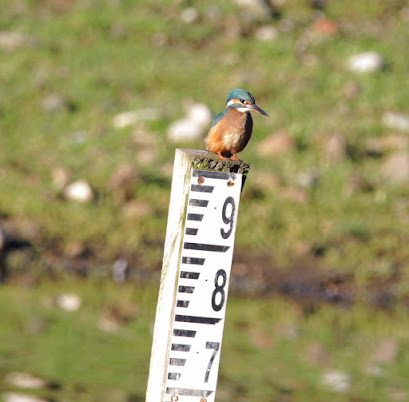 Kingfisher
The early hour saw many hirundines feeding in the shelter of the hawthorns; approximately 120 Sand Martin, 30 Swallow and 15 House Martins. Pied Wagtails fed on the early insects too with 20/30 dotted around but highly mobile.
Out of the corner of my eye I spotted a sizeable animal moving around the base of the platform and below the screen. First thoughts were of the most likely, a rat or a ferret but as the animal turned, stopped and stared up at motionless me I realised it was a mink, just a yard or two from my feet. Damn, it was too close for a picture from a 600 lens so I borrowed a pic from Wiki. 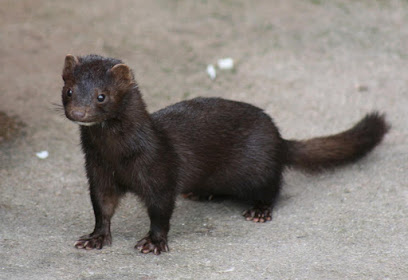 Mink - Wiki
The animal slipped away into the hedgerow that borders the site and I didn’t see it again. I’d never been so close to a mink before but saw now that they are of a similar size to a ferret or polecat. Smaller than an otter and of an overall nondescript brown colour except for a softer, paler face.
After that encounter everything seemed an anti-climax, but for the record books; 2 Little Egret, 15 Redshank, 12 Curlew, 8 Tufted Duck, 6 Little Grebe.
Two weeks of bad weather has meant no ringing, but there’s a session pencilled in for Monday at Oakenclough.  Log in Monday evening to see Another Bird Blog’s next encounter.
Linking today to Eileen's Saturday Blog and Anni in Texas.