....top of the pop's for me again on the Lune Estuary.
It was good to find the godwits in good number on the Lune Estuary at Glasson again yesterday, but on my first visit as the tide raced in counting was difficult, they were seen in four groups, one at the Conder mouth was particularly hard to get to grips with, they were a distance, packed tight and deep. But on a return three hours after the high tide, life was made easier as the birds were feeding and more strung out, it was an interesting exercise, and the estimate was of at least 1,750 Black-tailed Godwit. Also of note, 3 Knot, 2 Red-breasted Merganser drakes, and 3 Eider were my first here since five on 27 June 2016.
I only had a brief look in on Conder Pool yesterday to find 17 Tufted Duck, a pair of Shoveler, and a single Snipe, a Kestrel was hovering close by. 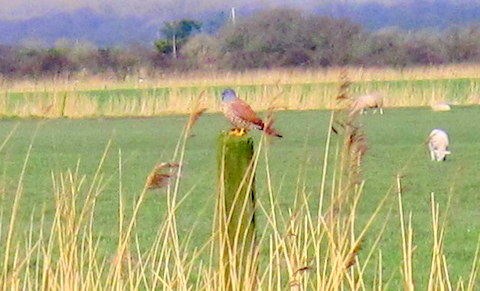 Kestrel Jeremy Lane. Pete Woodruff.
I saw 4 Kestrel on Jeremy Lane, they were seen as two pairs within a few hundred metres of each other and quite an unexpected record.
I'm sticking with my figure of c.450 Whooper Swan still present at Cockersand, though yesterday they had fragmented even more, with birds west of Thursland Hill, and at Clarkson's, Tomlinson's, and Crook Farm fields. It was good to find a female Stonechat on the shore at Lighthouse Cottage, with another 1,500 Golden Plover spectacle at Abbey Farm along with 18 Redshank, and a few uncounted Dunlin, 4 Linnet were in the cover crop. A pair of Shoveler were again with Teal in the flooded field, 3 Pied Wagtail and a single White Wagtail for comparison, c.120 Turnstone were on Plover Scar at high tide, and a Sparrowhawk was over Bank Houses. 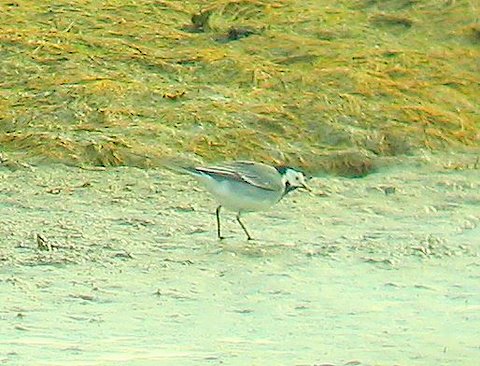 White Wagtail. Pete Woodruff.
....but no Wheatear yet.