After Thursday morning’s monster movement of thrushes Another Bird Blog, I wondered if Friday might see similar, even though experience says that rarely does lightning strike twice.
I arranged to meet Andy at Oakenclough at 0630 where the plantation swayed ominously in the easterly breeze, fiercer than the predicted 5 mph and closer to 10-12 mph. At the coast 30 minutes just earlier I’d left home to motionless trees.  Normally the other way around - breezier at coastal locations than inland sites.
Very soon when nothing much happened we realised that this would be a quieter morning of both ringing and visible migration. Thrushes came in dribs and drabs rather than flurries of wings and the overhead calls of hundreds of Redwings and Fieldfares. This morning the thrushes arrived from West and North West, sometimes obviously so against a distant backdrop of Lancaster City and Morecambe Bay.
In all we counted approximately 300 thrushes, split 50/50 Redwing and Fieldfare. Our catch was just 21 birds – 11 Redwing, 4 Goldfinch, 4 Coal Tit, 1 Chaffinch and 1 Great Tit.
The Redwings were caught soon after dawn with the rest of the meagre catch coming soon after when other species seen was limited to 15-20 Chaffinches in ones and twos arriving from the North West.  We asked the question. "Where are the Lesser Redpolls and the Siskins this autumn?" Both species appear to be in remarkably short supply. 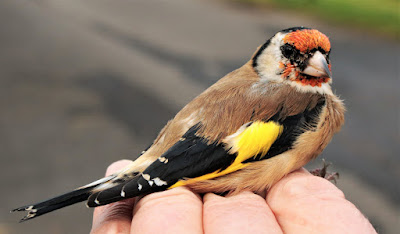 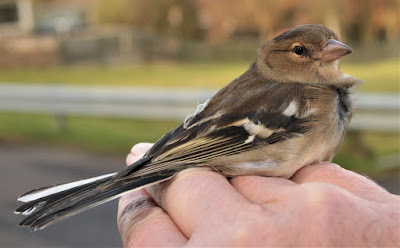 Chaffinch
At 0940 and when the thrushes dried up completely we called it a day - an uncharacteristic and early finish.
On the way home and via Lancaster Road were 240 Lapwings on a still flooded field, 2 Buzzard, 2 Kestrel and several hundred Pink-footed Geese. 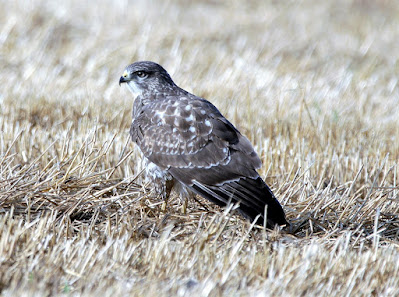 Buzzard
The geese have so far this autumn found a couple of new places to hide away out of sight, seemingly in fields that are not open to shooters - for now. The shooters of course will track the geese down and persuade the farmers to allow shooting access, often with the promise of a fat goose at the gate but destined for the Christmas table. 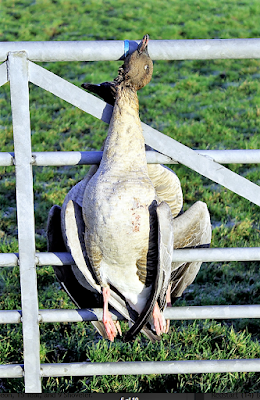