Another week of rain and wind goes by with no birding or ringing. We’ve had something like 150% of the expected October rain, but still it comes.
With few birders venturing out even WhatsApp news is devoid of bird sightings except for recent day “pings” about Cattle Egrets from three local apps - Lancaster, North West, and Fylde.  Just a day ago came news of a local record number of 16 Cattle Egrets together at Freckleton, Fylde, plus a sighting of two more in the Cockerham, Lancaster area on the same day.
Although I have seen Cattle Egrets all over the world, it was only in 2017 that I saw my first one in the UK, early December 2017 at Cockerham a few miles from home, quickly followed by a second in the spring of 2018.
The Cattle Egret is now following the example of two other egrets, Little Egret and Great Egret, of  expanding to the north and west of Britain. But it must be said that the Cattle Egrets that plod around muddy cattle fields in mid-winter England rarely look as striking or exotic as the ones seen on the bright sunny days of Egypt, India, Menorca or West Africa. 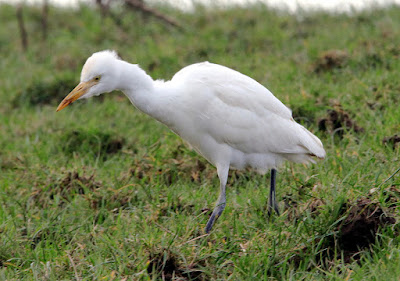 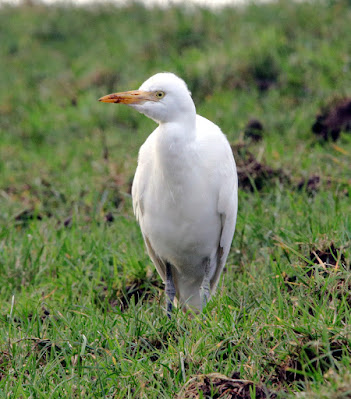 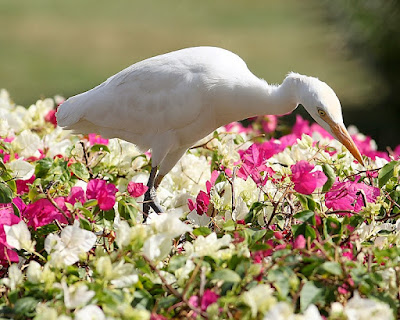 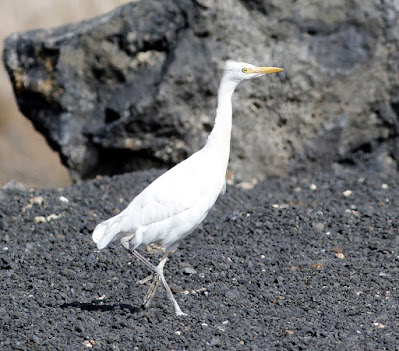 Cattle Egret - Lanzarote, Canary Islands
Strictly speaking, the Cattle Egret Bubulcus ibis is not an egret, despite the similarities in plumage to the egrets of the genus Egretta. It is a member of the heron (Ardea) family, the single example of the monotypic genus Bubulcus. Some authorities regard two of its subspecies as full species, the Western Cattle Egret and the Eastern Cattle Egret. Although similarly and mostly white, where there are hints of orange and yellow the eastern version is more strikingly colourful than the western.
Originally native to parts of Asia, Africa, and Europe, the Cattle Egret has undergone a rapid expansion in its distribution and successfully colonised much of the rest of the world in the last century. This is probably due in large part to due to its relationship with humans and their domesticated animals and where it acquired colloquial names such as cow crane, cow bird, cow heron, elephant bird, and even rhinoceros egret. 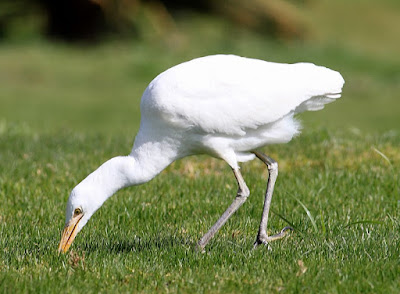 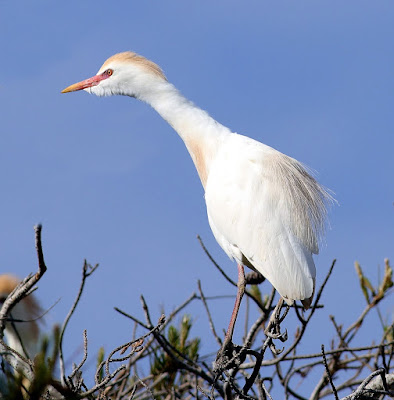 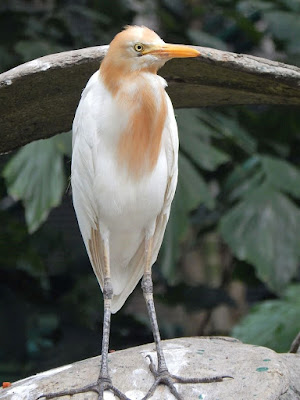 Cattle Egret - India
Originally adapted to a relationship with large grazing and browsing animals, the Cattle Egret was easily able to switch to domesticated cattle and horses. As the keeping of livestock spread throughout the world, the Cattle Egret began began to occupy otherwise empty niches.
Many populations of Cattle Egrets are highly migratory and dispersive, a trait that helped the species' range expansion. The Cattle Egret may be one of the few species to have crossed the Atlantic Ocean in the “wrong” direction by first arriving in North America in 1941, those early sightings were originally dismissed as escapees. The species bred in Florida in 1953 and spread rapidly, breeding for the first time in Canada in 1962. Cattle Egrets were first sighted in the Americas on the boundary of Guiana and Suriname in 1877, having apparently flown across the Atlantic Ocean. Cattle Egrets are now widely distributed across Brazil and other parts of South America.
Breeding in the UK was recorded for the first time in 2008 only a year after an influx seen in the previous year. A pair bred again in 2017, and in 2008 Cattle Egrets were reported in Ireland for the first time.
The Cattle Egret’s now has a niche in Britain, where it does not directly compete with other species and from where it will soon establish a viable breeding population. Unlike most herons the Cattle Egret is typically found in fields and dry grassy habitats, reflecting a greater dietary reliance on terrestrial insects and other quarry like earthworms rather than aquatic prey. With its perceived role as a bio-control of cattle parasites such as ticks and flies, the Cattle Egret should be seen as a welcome and permanent addition to British birdlife. 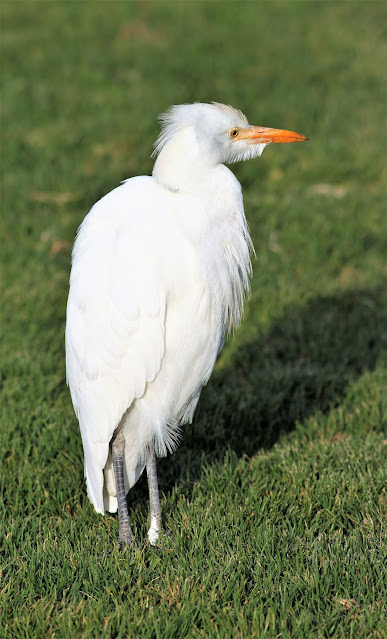 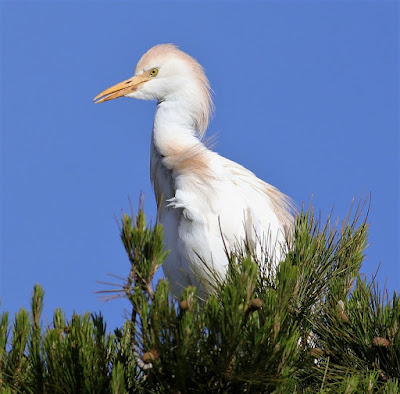 Cattle Egret - Menorca
A glance at the latest local weather forecasts predicts yet more day of rain with perhaps an improvement by the middle of next week. I hope so.
Stay tuned to Another Bird Blog or your WhatsApp birding news.