Still the weather stops me from birding so I'm hitting the memory trail from the warmer, drier days of Lanzarote and January 2015.

Remember to click the pics for bigger and better views of Lanzarote, Canary Islands.
We drove north and west heading for the coast at Famara hoping to find Houbara Bustard, Cream-coloured Courser, Stone Curlew and other bits & bobs along the way. After breakfast we said goodbye to the hotel’s Collared Doves and Spanish Sparrows, the two species which dominate the grounds and where the few Blackcaps and Chiffchaffs stay mostly hidden amongst the greenery. Passing Kestrels may take a brief look at what’s on offer. 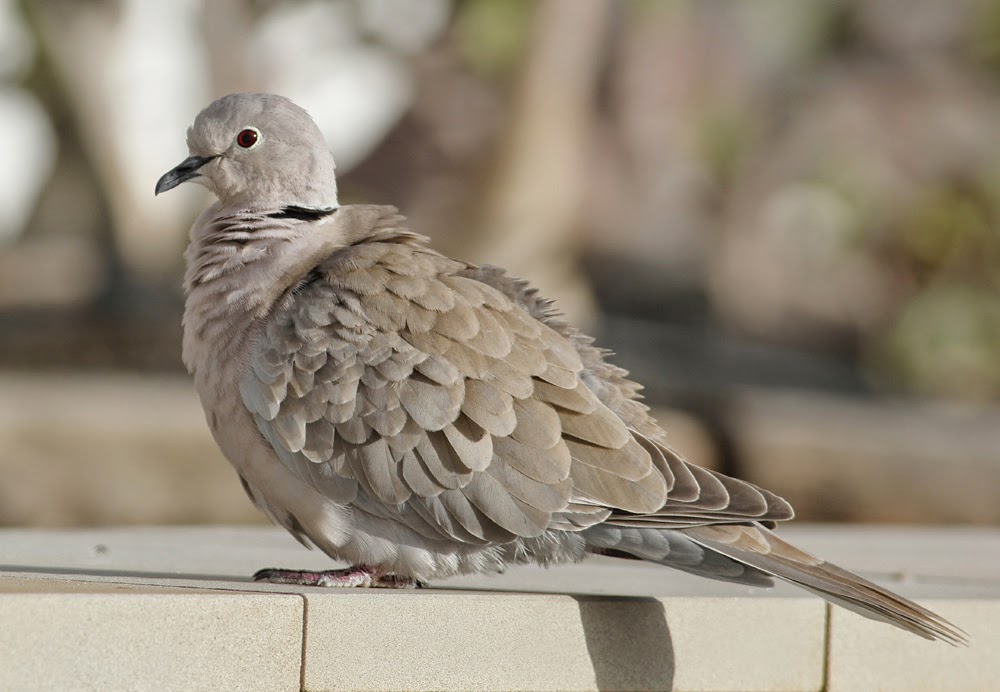 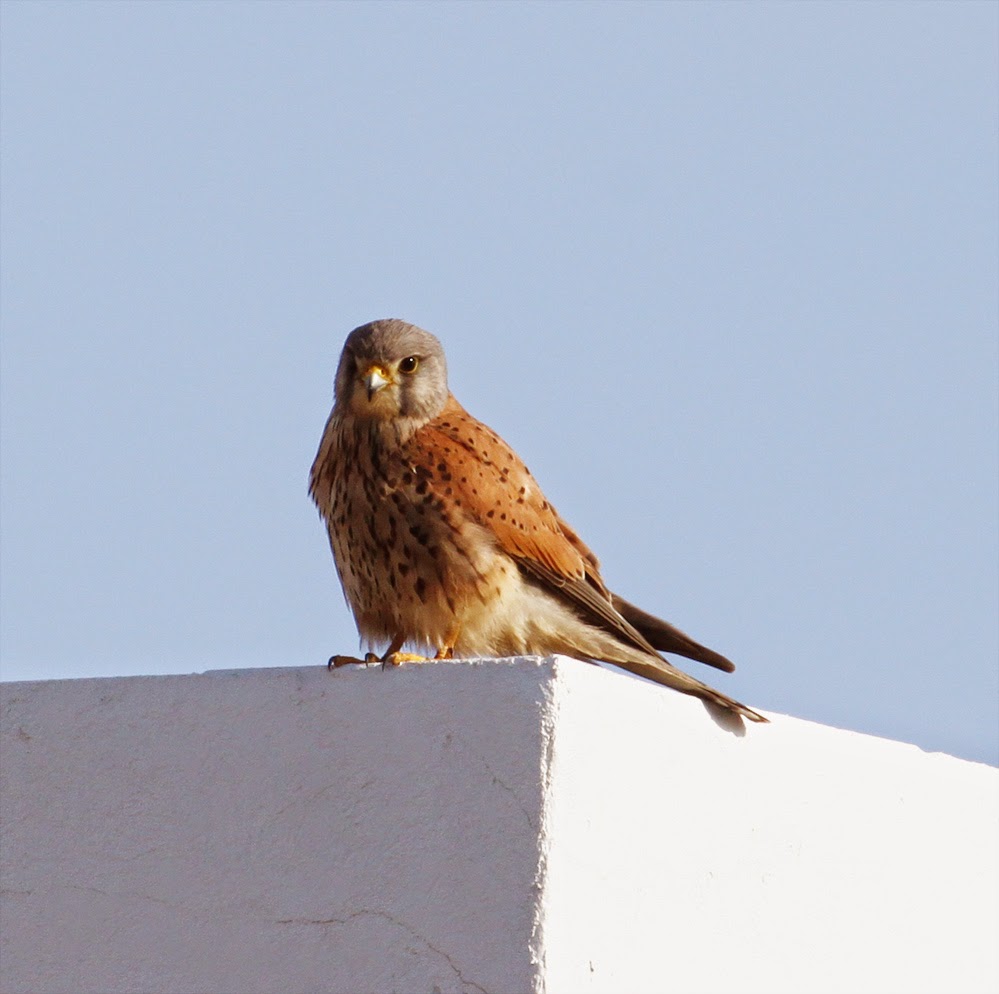 Kestrel
The male Spanish Sparrow is a rather handsome chap who inevitably bears the brunt of camera clicks while the less photogenic females look on. 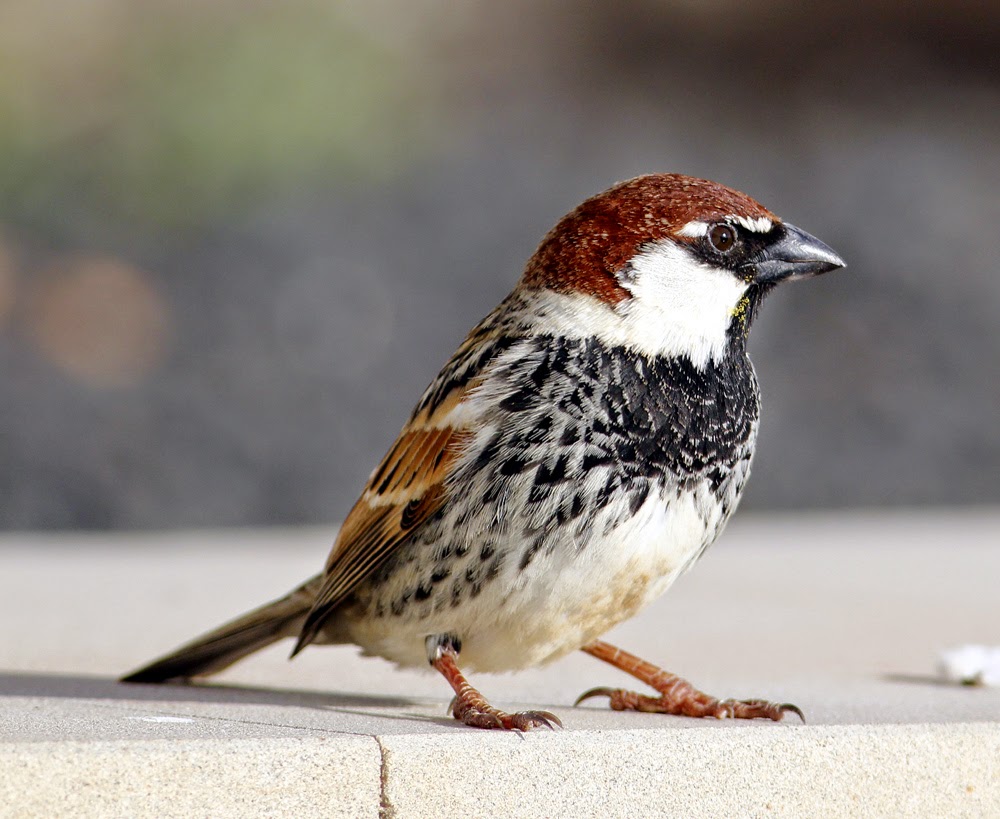 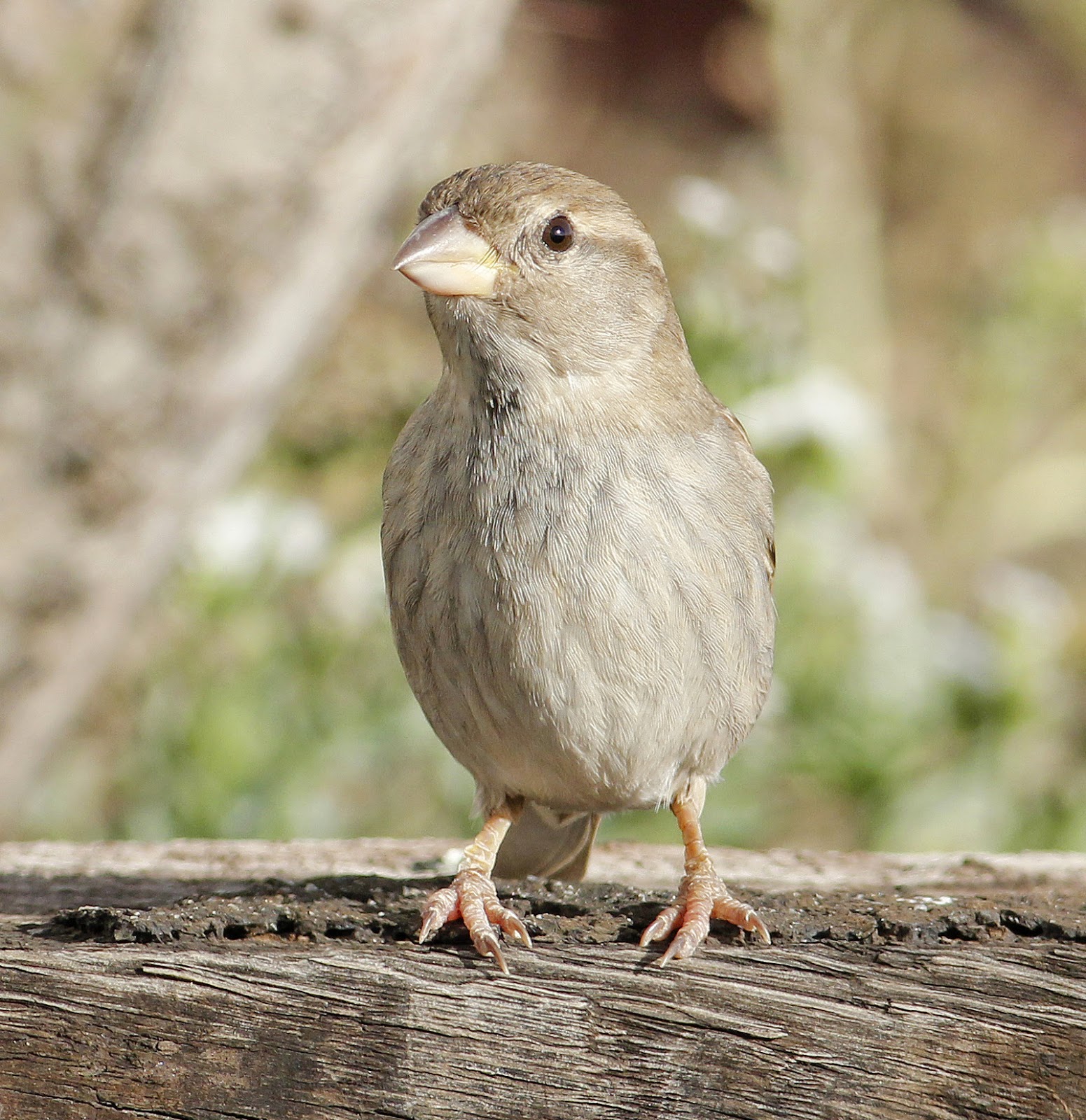 Spanish Sparrow
We took the road via La Geria, the wine growing area with its traditional methods of cultivation. Single vines are planted in pits 4–5 m wide and 2–3 m deep, with small stone walls around each pit. This agricultural technique is designed to harvest rainfall and overnight dew and to protect the plants from prevailing winds. The vineyards are part of the World Heritage Site as well as other sites on the island. This landscape is pretty much devoid of birds although the ubiquitous Berthelot’s Pipit or a patrolling Kestrel are often encountered. 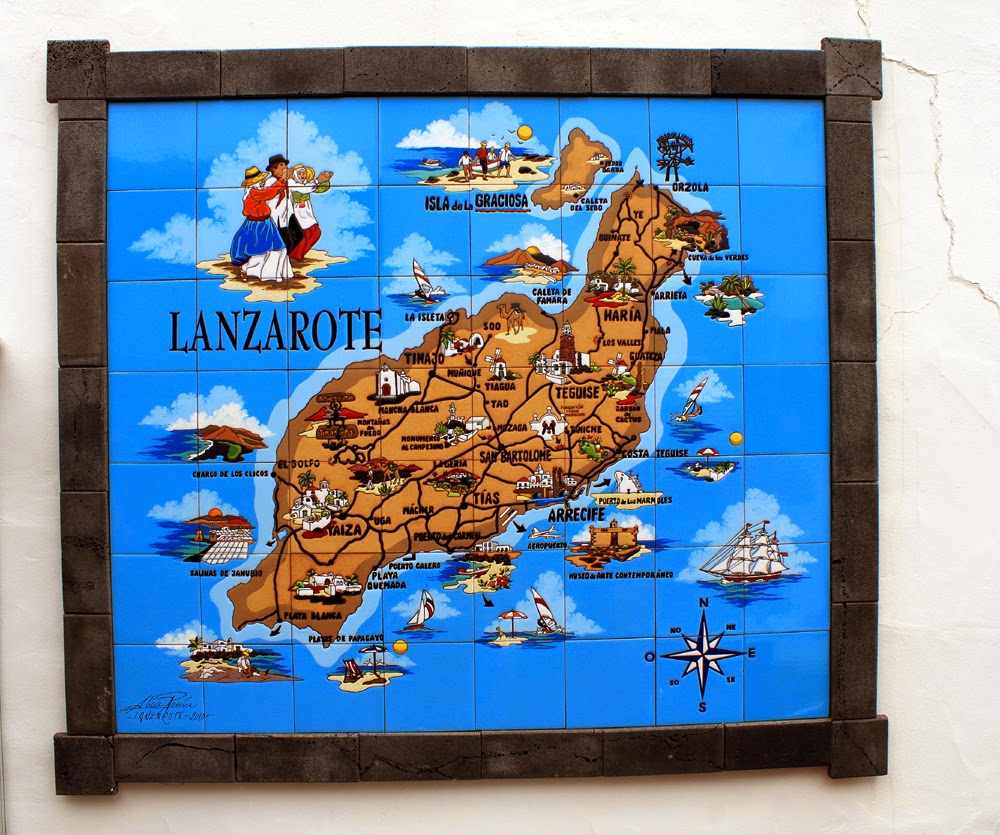 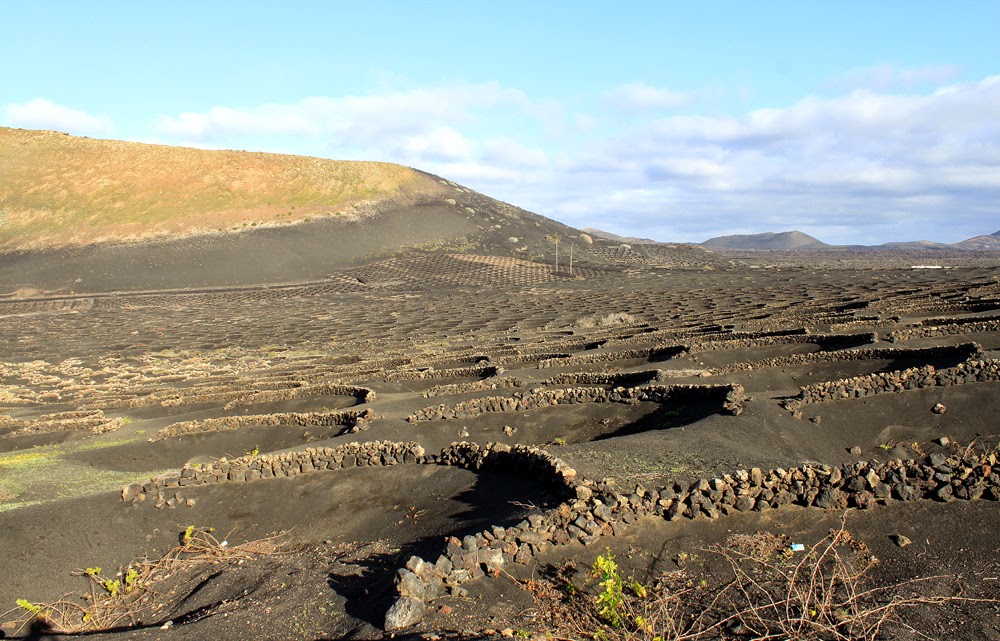 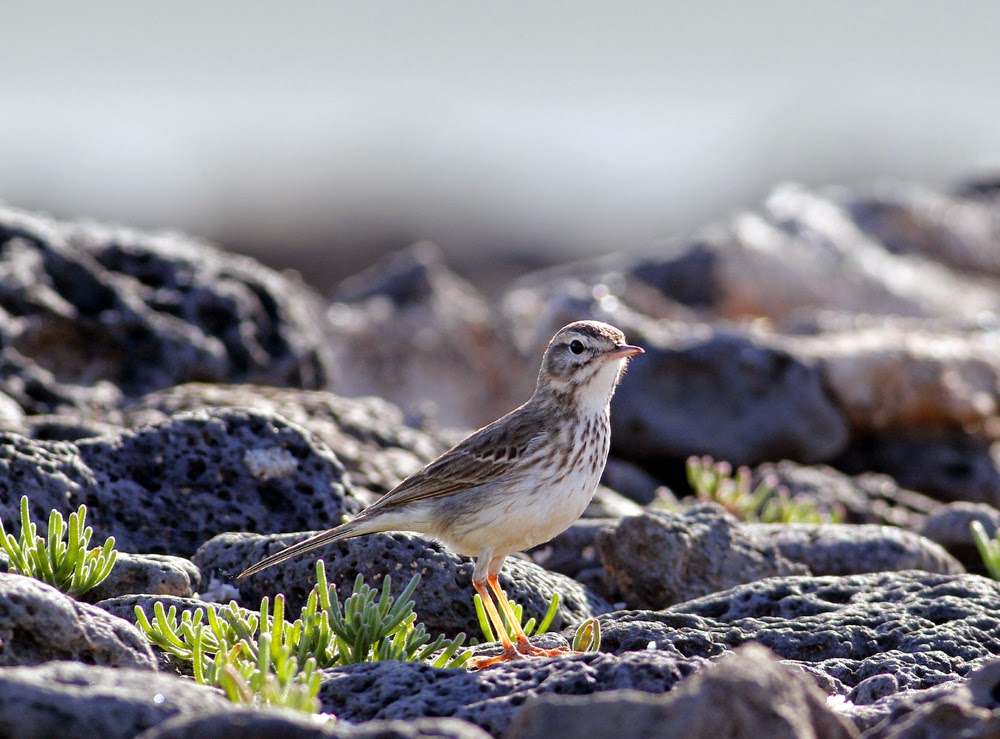 Berthelot's Pipit
We passed through farmland near the centre of the island Teguise and drove north towards the spectacular cliffs of Famara, stopping or diverting the Corsa across rough tracks to look for speciality birds of Lanzarote. Near Teguise a Stone Curlew flew across the road and landed in an uncultivated patch of land near to a half-grown chick - a nice find indeed. The chick crouched in an attempt to become invisible while the adult walked off and tried to distract me from its offspring. 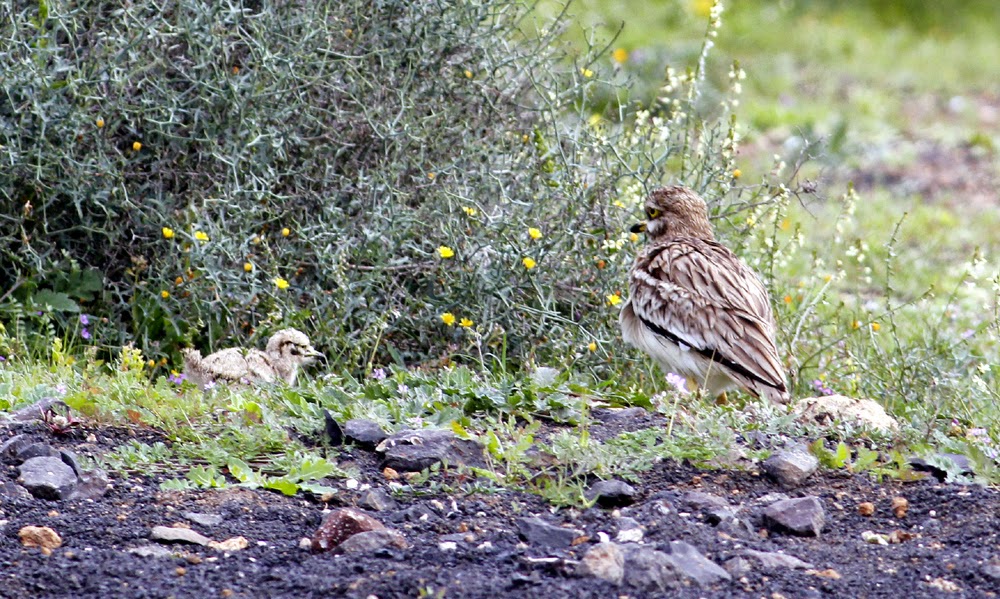 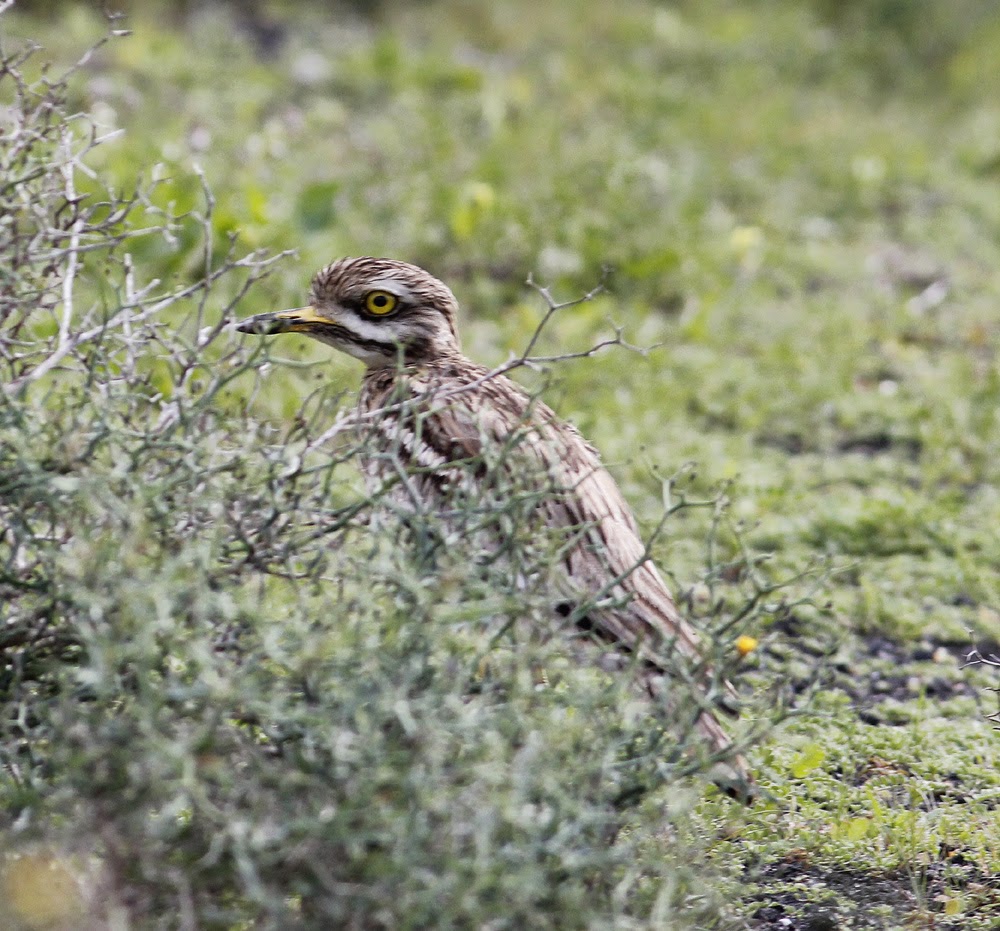 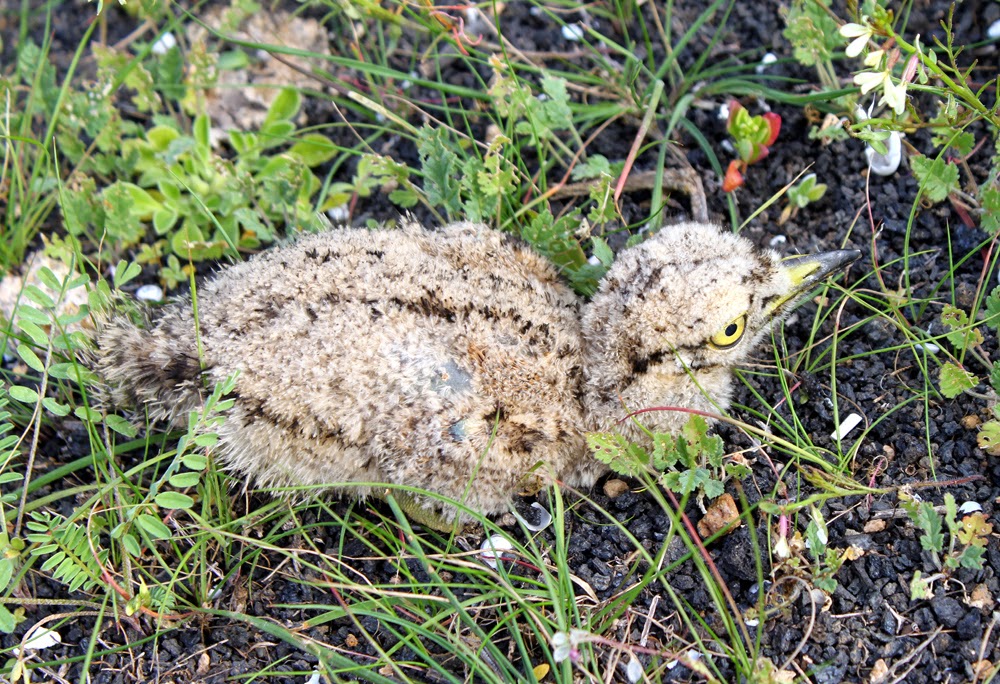 Stone Curlew chick
Johnny Cash fans will know of the Boy Named Sue. In Lanzarote there is also a place named Soo, not far away from the Riscos de Famara and it’s a good area in which to look for Houbara Bustards. With just a small population in the Canary Islands, this species is mainly found in mainland North Africa west of the Nile and in the western part of the Sahara desert region in Mauritania, Morocco, Algeria, Tunisia, Libya and Egypt. 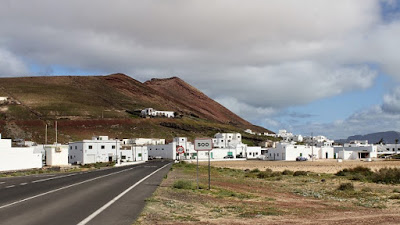 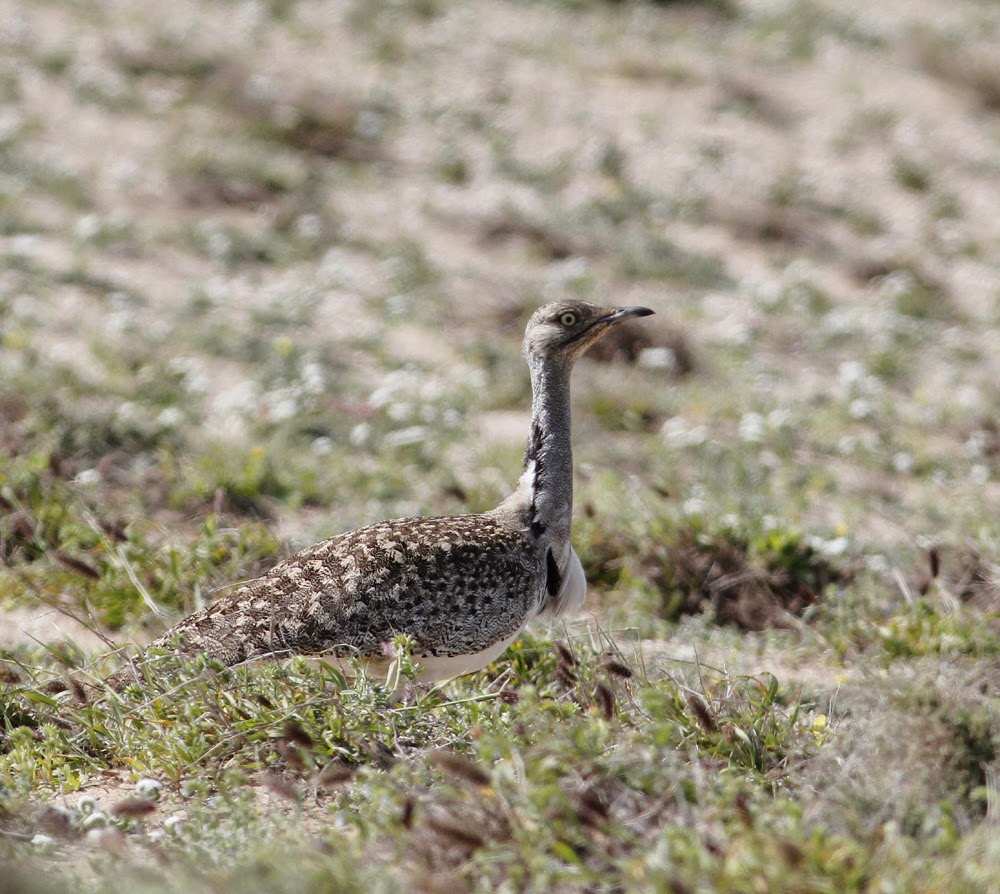 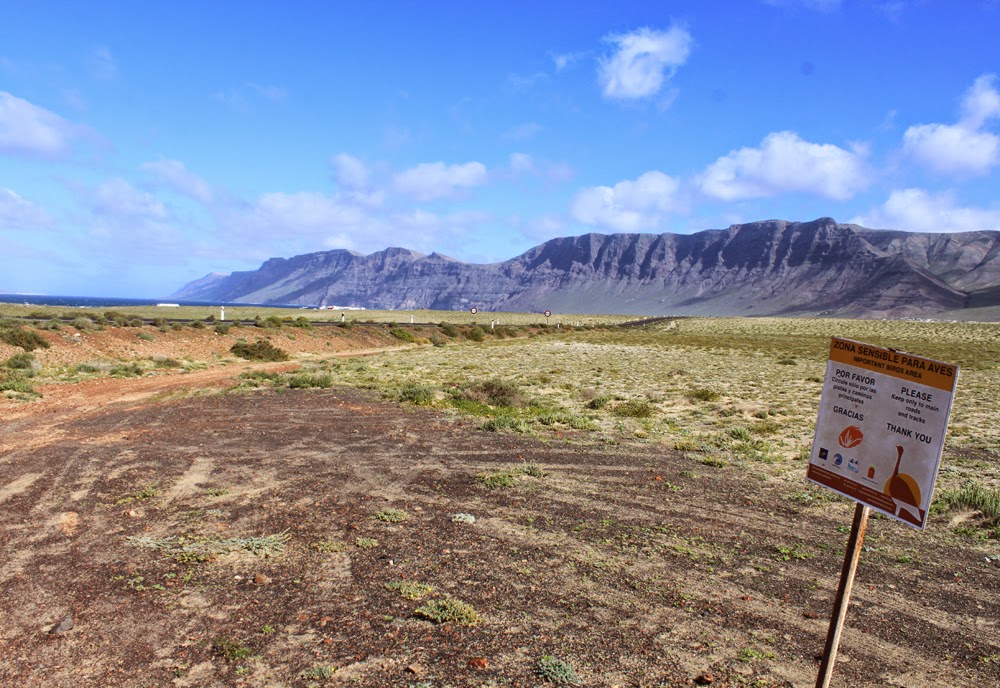 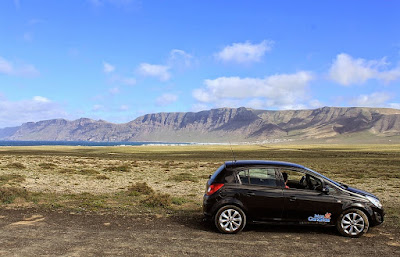 Looking for bustards, Lanzarote
As you might expect from a species historically hunted in large numbers the Houbara Bustard is very shy and will either hide or run from a vehicle. The cryptic plumage gives a bird the chance of escaping detection. 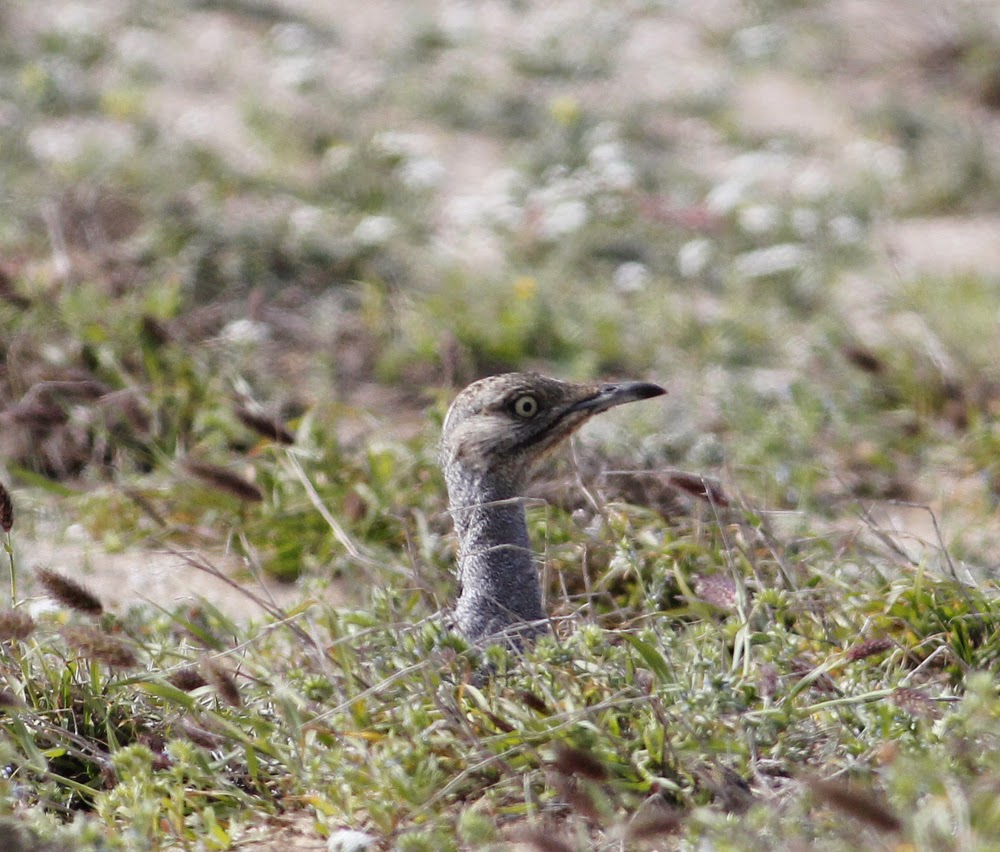 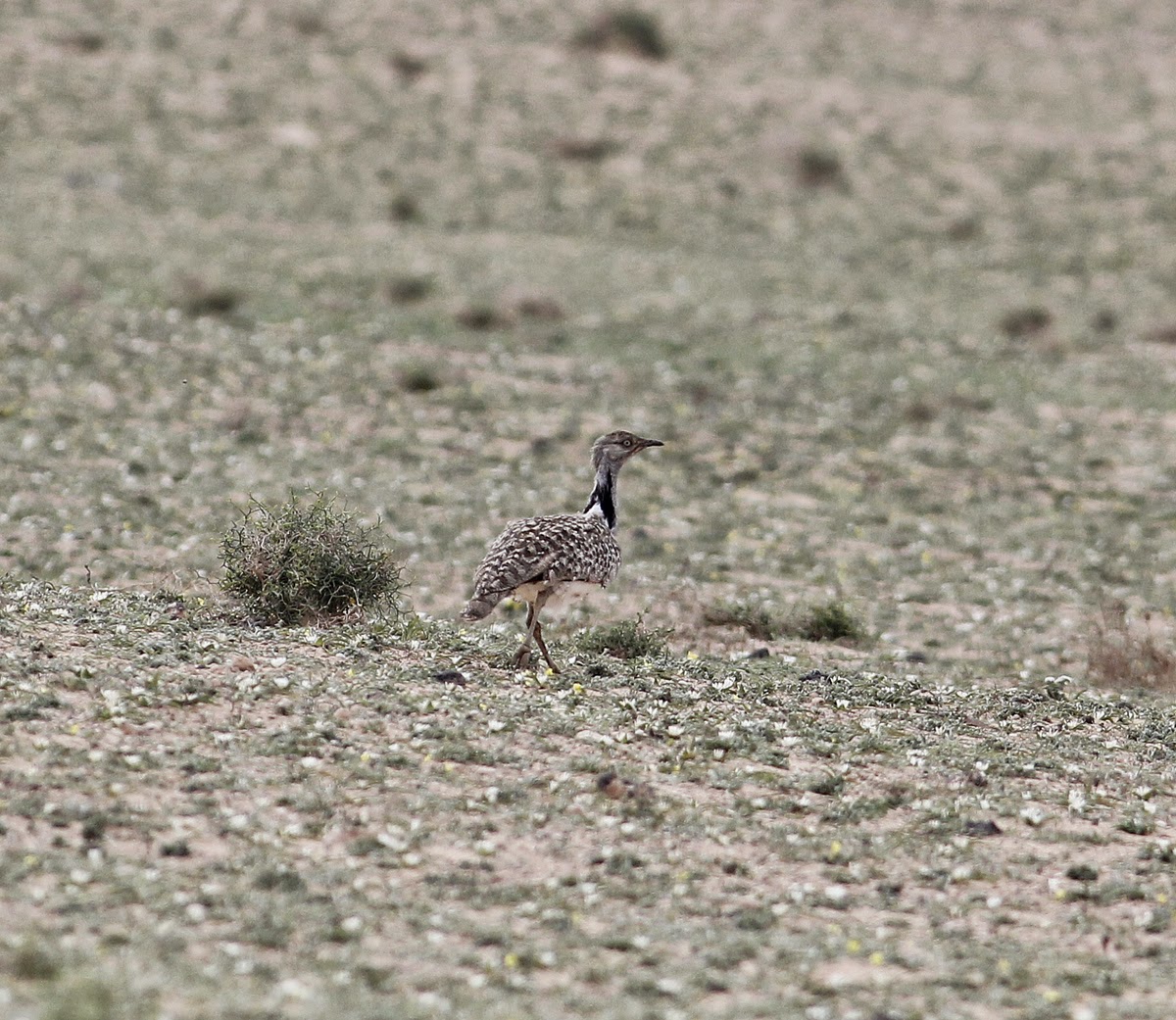 Houbara Bustard
We stopped at the windy Wild West town of Famara to survey the rugged cliffs and sandy dunes where we found Yellow-legged Gulls and a single Little Egret along the rocky shore near the jetty. We followed up with a light lunch before hitting the road back south taking detours along the many dusty trails in search of more birds. 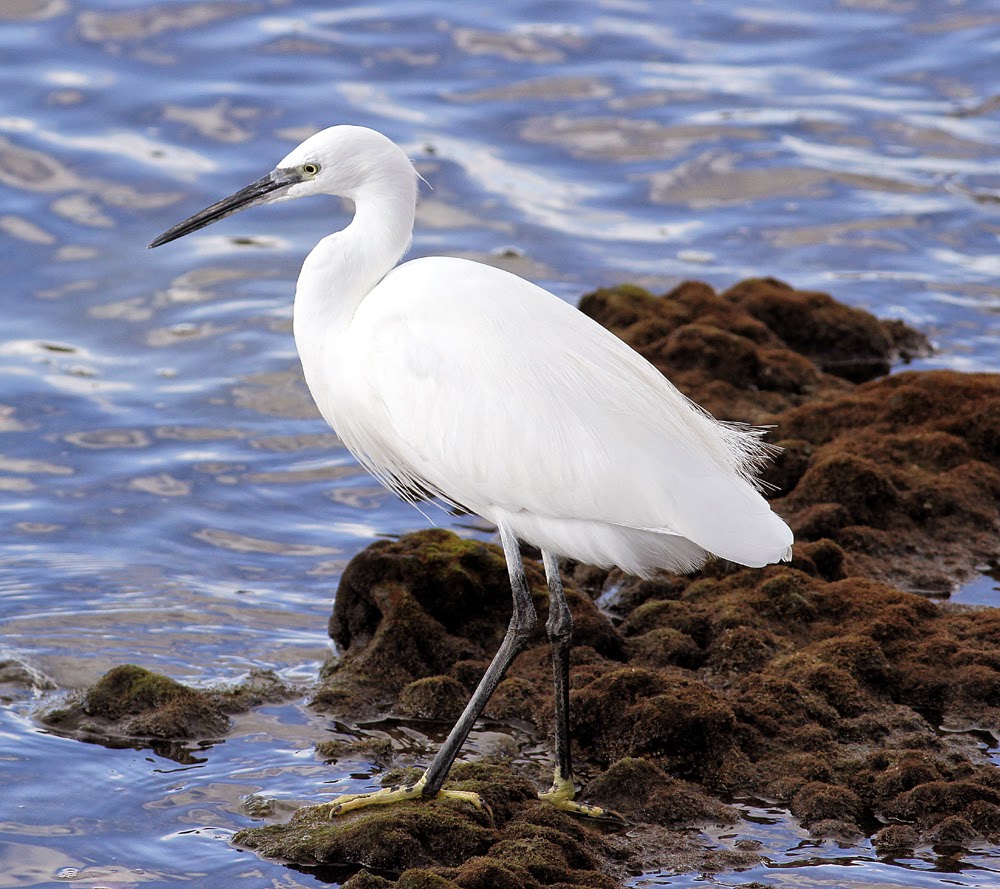 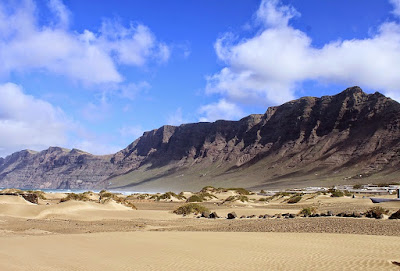 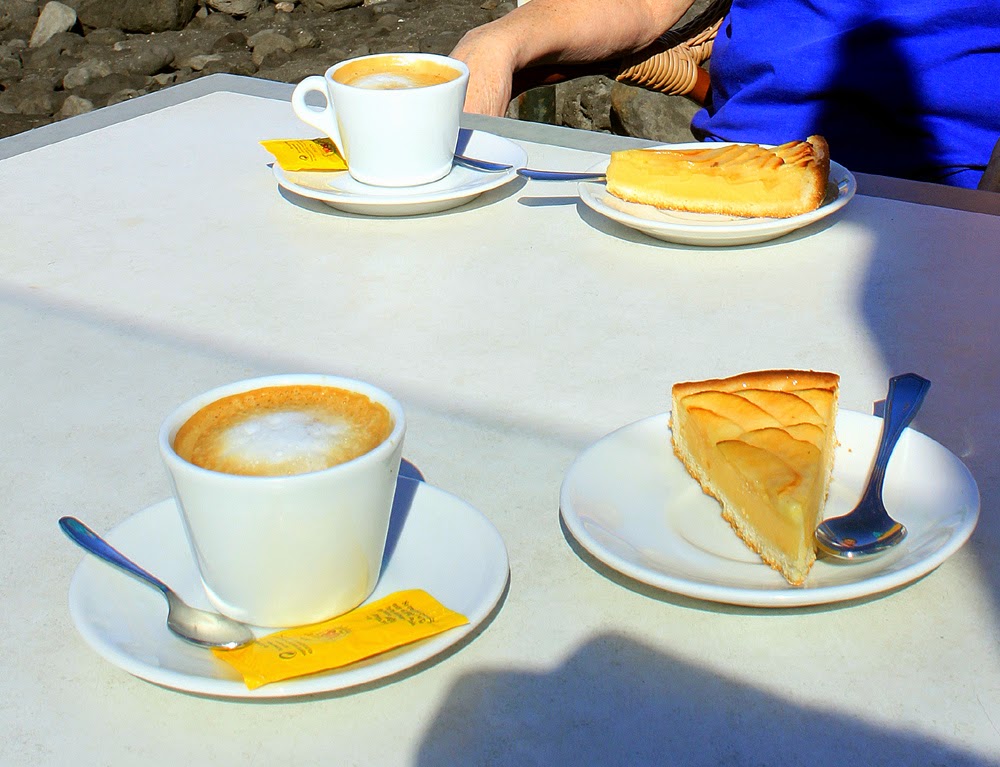 Lanzarote lunch
The Desert Grey Shrike was a lucky find, the bird diving into a grey, thorny bush that upon inspection held a newly built, lined nest ready for eggs, and which from the female’s behaviour were the eggs surely imminent. I took a number of shots and left the bird to her domestic duties. 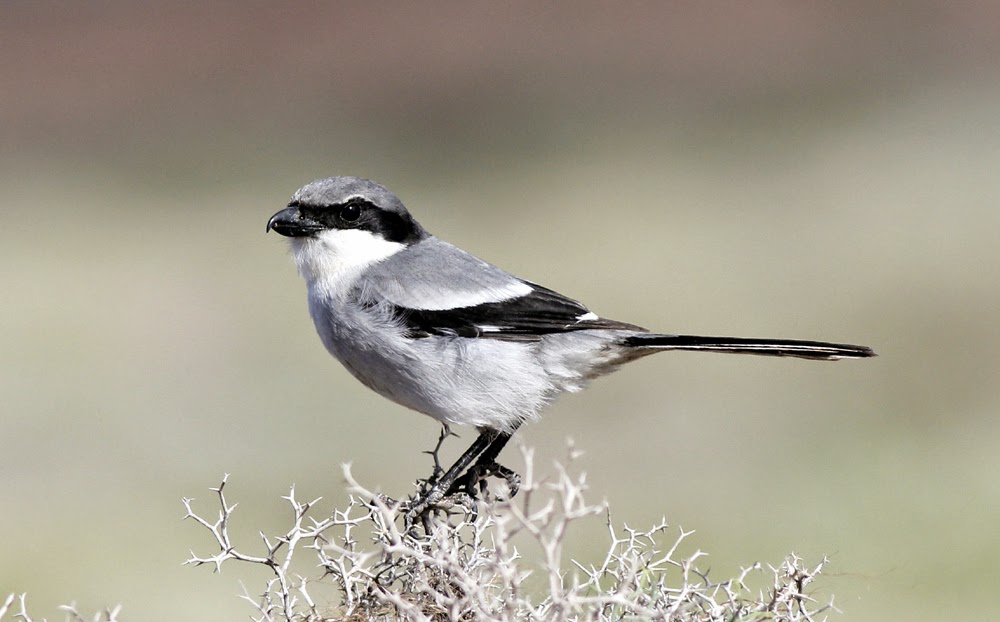 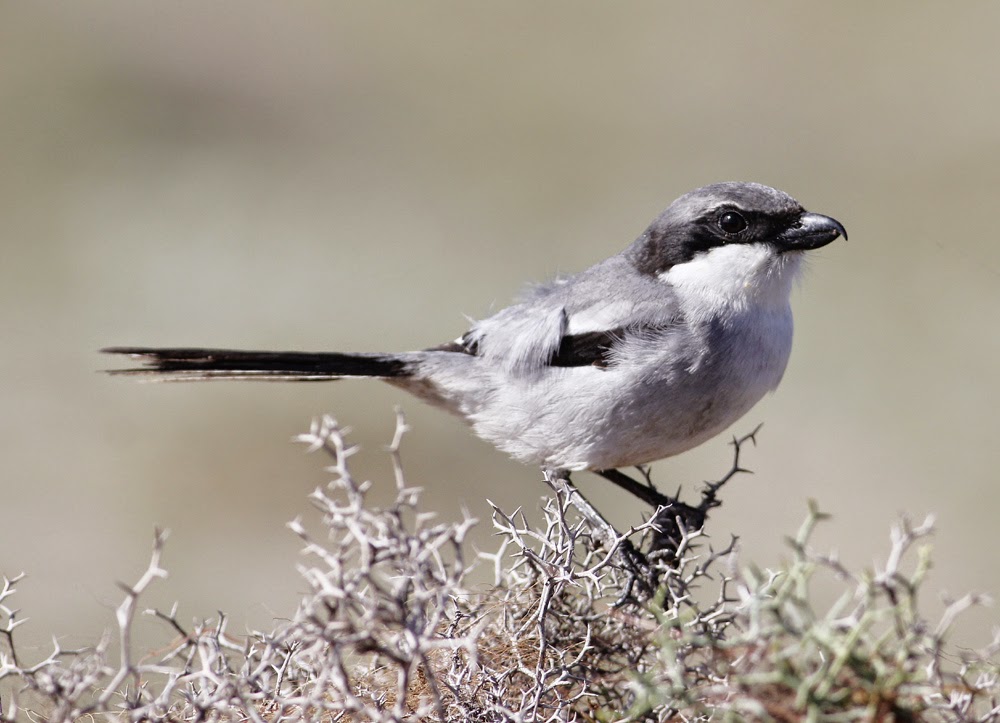 Desert Grey Shrike
It had been a great day of exploration and discovery but time to head back to Peurto Calero and a well-earned rest. 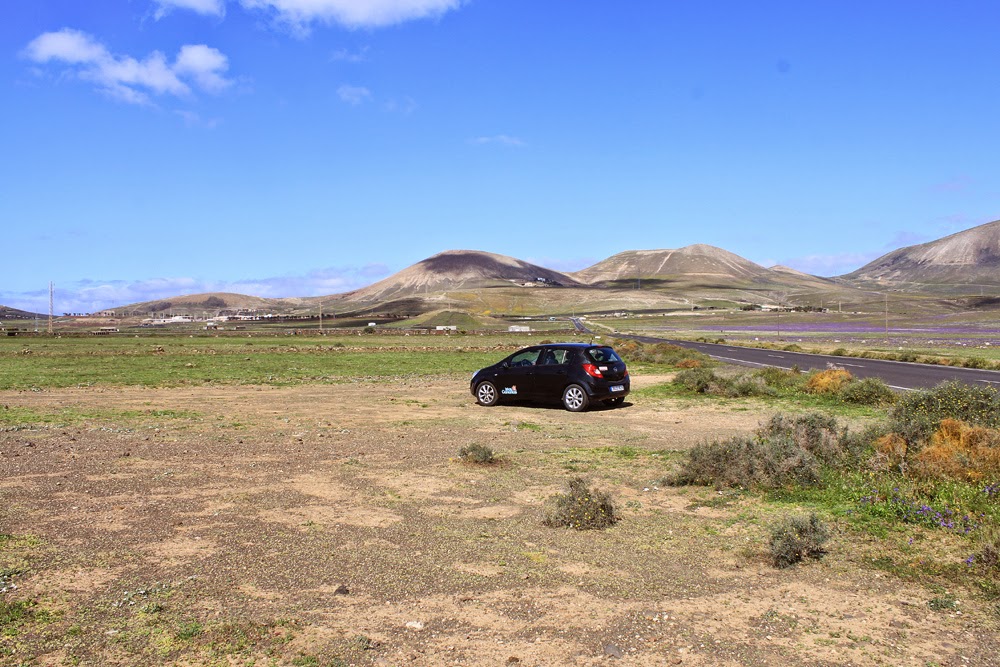