Definitely bleak in Bowland, and not much pen and paper used - non actually - in my latest trip there on Friday. In fact I was almost in despair when I realised I hadn't even taken the little black book out of my pocket for the entire 5 hours....I'm convinced this was a first in my 150 years of birding.

But the visit served it's purpose well, and I now know that Harrisend probably has two wintering pairs of Stonechat. With my 'now you see me, now you don't' theory, a pair seen, and a lone male with which I failed to locate it's mate. Otherwise, 8 Red Grouse seen/heard, and a Cormorant flew over the fell purposefully east....can't imagine what that was all about. 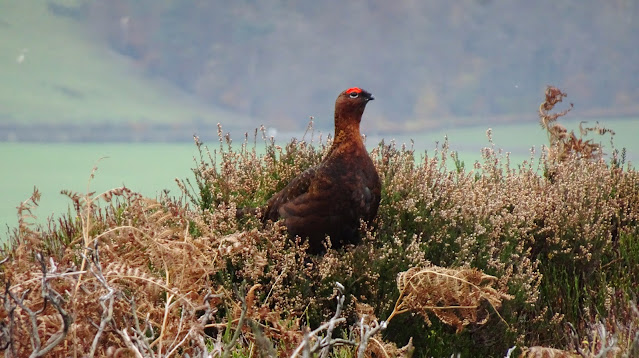 Red Grouse. Pete Woodruff.
After my last two visits to Hawthornthwaite on 15 Oct/10 Nov, I found no Stonechat here again on Friday, but noted up to 10 Red Grouse.
Small Blue. 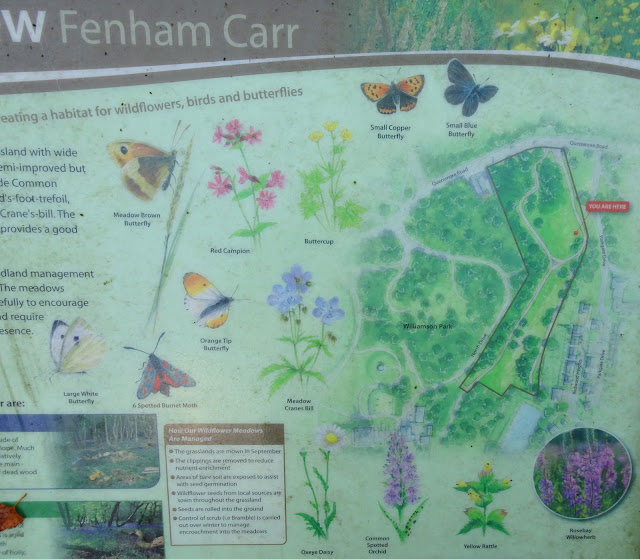 This signage still stands erected at Fenham Carr in Williamson Park and I took a pik of it again last week, it's been featured on B2B before. It is sheer nonsense and you wonder who commissioned it to illustrate the wildlife to be found in the park. It shows a Small Blue butterfly - top right of centre - which is not to be found anywhere near Williamson Park which couldn't grow the butterfly's food plant of Kidney Vetch if it tried. 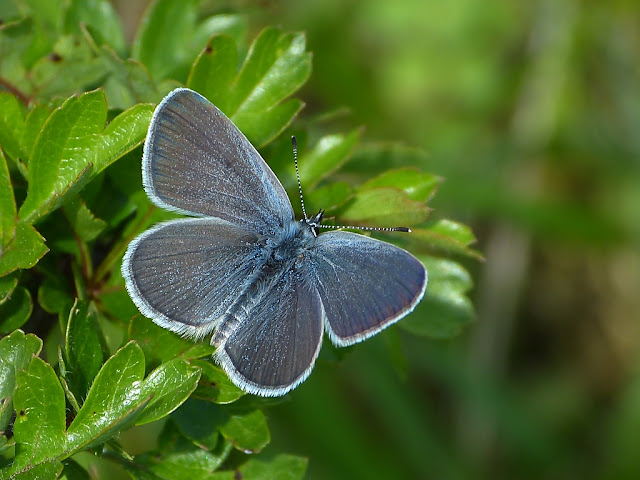 Small Blue © Dave Miller
The nearest Small Blue colonies are more likely to be found on the Cumbrian coast around Whitehaven and Maryport.
Tern Attack.
I was quite pleased with the result of this video of the Common Tern attack on an Oystercatcher on Conder Pool in 2019.
View Full Screen
It's been nominated for an Oscar for musical score!! 😋
Note....If the video doesn't work first time, hopefully it might on your next visit to the page.