It’s Saturday morning and there’s something required for the weekend – blog posting. It’s been one of those weeks again with everlasting cycles of wind, rain and blow after blow that makes for difficult, unproductive birding and impossible ringing.
We tried to get to the 450 Linnets at Glasson Dock near Conder Green but the niggling southerly winds with blowy nets meant the safety first of another no-go. 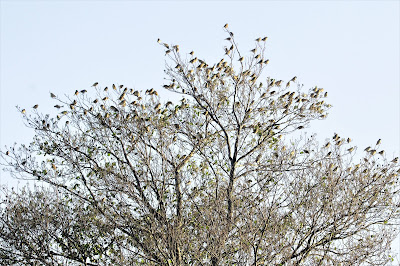 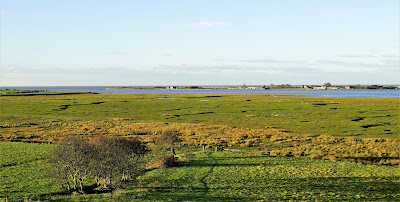 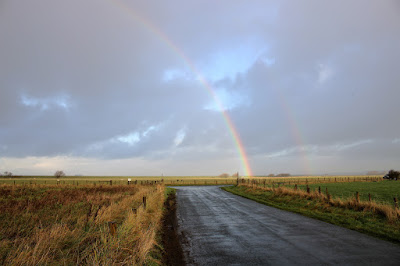 Another Shower, Pilling
After yet another early doors I returned home and surfing online. I came across a story on Bird Guides news about a gull that demanded my attention. There at the head of the news item was one of my own images taken in Menorca in 2016 – an Audouin’s Gull Ichthyaetus audouinii. 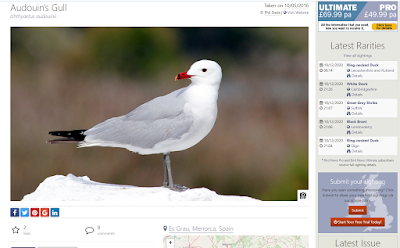 Audouin's Gull - https://www.birdguides.com/
The Audouin’s is a large gull restricted to the Mediterranean Sea and the Iberian Peninsula. The genus name is from Ancient Greek ikhthus, "fish", and aetos, "eagle", and the specific audouinii and the English name are after the French naturalist Jean Victoire Audouin.
For those who struggle with French pronunciation, the “Oddwin’s”, is one of the rarest gulls on the planet but pretty common in Menorca. Here some individuals have adopted the habit of taking food from the island’s visitors. The givers are mostly Brits banned now from feeding gulls at home for fear of being fined heavily by jobsworths and the Thought Police.
I included more of my own archived photos of this most delightful of gulls, pictures taken in Menorca where the gull breeds on tiny offshore islands. Getting a clear image of that highly distinctive red, black and orange coloured bill depends upon good light and the pose a bird adopts. 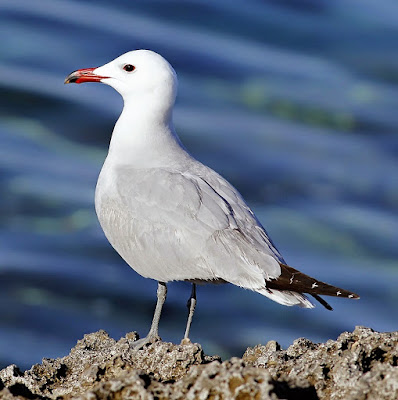 Audouin's Gull
https://www.birdguides.com/news/audouins-gull-hints-at-breeding-on-french-atlantic-coast/
“A territorial pair of Audouin's Gulls was observed on the Atlantic coast of France during summer 2020, and although breeding could not be confirmed, hopes are high that the birds will return in 2021.
On 4 May 2020, Matthias Grandpierre was conducting a survey in the dunes at Banc d'Arguin Nature Reserve in Gironde department, south-west France, when his attention was drawn to an unusual gull call. It quickly became apparent that the vocalisations were coming from an Audouin's Gull, which was behaving much in the same manner as the other breeding gull species in the vicinity.
At the beginning of June, during a boat count, Matthias noticed an Audouin's Gull on the beach, close to the colony. It was wearing a coloured ring engraved with an alpahnumeric code. It transpired that this bird had been ringed as a chick at the nest in Castellón de la Plana, north of Valencia, Spain, on 11 June 2018. " 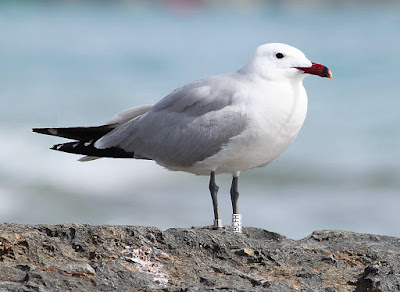 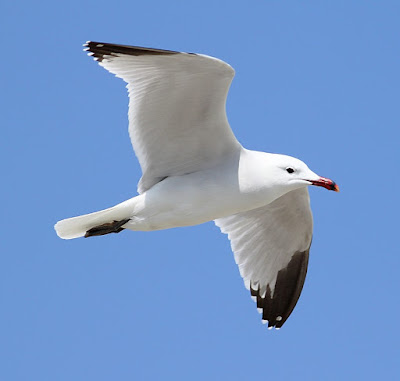 Audouin's Gull
"Throughout the first half of June, while conducting further surveys of the gull colony, an Audouin's Gull was always seen defending its territory in flight. Over the same period, observations from a boat repeatedly noted the ringed Audouin's perched in the same spot on the beach, although whether one or two birds were involved remained a mystery.
Then, on 16 June, two Audouin's Gulls were observed side by side – one ringed and the other unringed. The birds were engaging in nuptial behaviour and vocalising regularly. Due to the colony always taking flight on approach, and with many gulls swirling overhead, finding a possible nest was a difficult challenge and ultimately failed.
Although the presence of young was not confirmed, this is the first case of potential breeding of this species on the Atlantic coast of France, and the most northerly on record. " 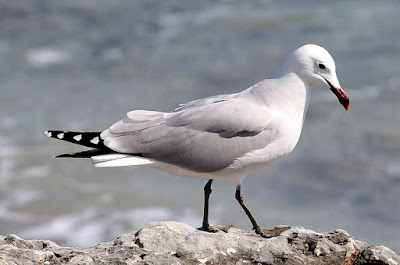 Audouin's Gull
"The closest Atlantic-coast colony to Banc d'Arguin is in southern Portugal, where 2,663 pairs bred in 2019. This increased appears to correspond closely to the decline and abandonment of some Spanish colonies, which suffered a 31% decline between 2013 and 2017.
In France, Audouin's Gull breeds only on Corsica, where 40-60 pairs have nested in the Ajaccio and Aspretto area since 2012.”
With the holiday week coming up days out birding will be limited but for now Tuesday next is pencilled in for a spot of ringing.
Fingers crossed  - again.
Linking today with Eileen's Blog and Anni's blog.