At last on Friday there was a half-decent day on which to have a go at the Linnets. The day before I checked out Gulf Lane and Glasson and dropped seed at both, and then as the Linnets came back, made a count. At Glasson I counted 280+ and at Gulf Lane 130+ so the choice on Friday was to head for the least breezy place.
The site at Glasson is marginally better if there’s any wind so I met up with Andy at 0715 and we set a couple of nets. Once again, the catch was poor, very poor, as the Linnets refused to play ball and we caught just 3 birds, 2 Reed Buntings and a single Linnet. This was despite a flock of 300+ Linnets that circled around all morning and 7 Reed Buntings in the hedgerow.

Linnet
Down in Glasson village there was a good mix of wildfowl on the marina with 19 Goldeneye, 7 Cormorant, 1 Goosander, 1 Great Crested Grebe 1 Little Grebe, 22 Tufted Duck and 35 Coot. And not forgetting 2 drake Pochard. The Pochard is now something of a rarity in these parts in comparison to early and mid-1990s when counts at Glasson Dock regularly reached into the 30s and 40s and many hundreds congregated on inland waters just north of Lancaster. 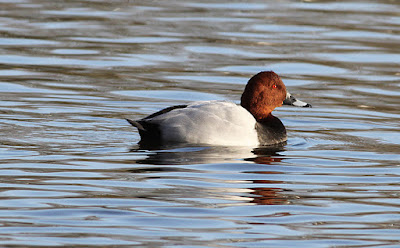 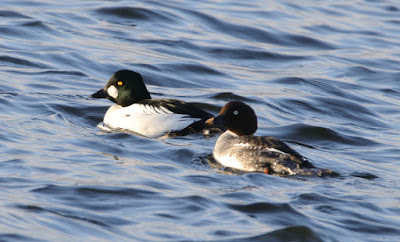 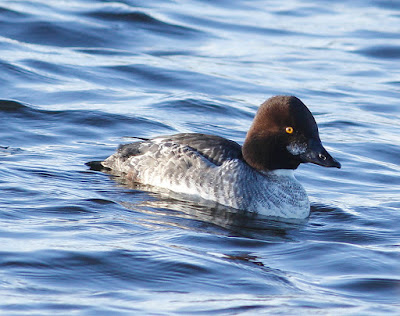 Goldeneye
It’s not just the UK where populations of the Pochard Aythya ferina are near critical level. Nature preservation group BirdLife Finland reports that populations of the endangered Common Pochard have decreased massively in the past two decades. The organisation chose the Common Pochard to be the Bird of the Year 2018. BirdLife's calculations show that Finnish populations of the Pochard fell a staggering 80 percent in the past 20 years. The organisation hopes to help revive the species by naming it the year's top bird. In the early 1970s the Kokemäki river delta in Satakunta bustled with some 250 pairs of Pochards.
Local calculations from a few years ago put the figure at just 30. Technically all species of water fowl are threatened across Europe due to a number of factors, says specialist Antti J. Lind. "One of the biggest reasons is that their habitat is hugely compromised, with wetlands being dried up by industrial expansion and left to eutrophy,"
Lind says. "The Pochard needs a lot of open water to thrive." Lind also says that hunting threatened species should be prohibited. 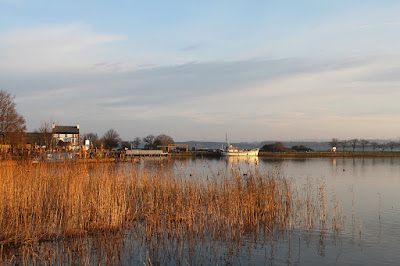