I managed a second visit to this wonderful butterfly site in just over a week and what a difference. The temperature was around 25C  with very little wind and though it was cloudy the number of butterflies was treble the amount I saw on my previous visit.
Chalkhill Blue were flying in large numbers and were certainly the predominant species. Small Heath ans Small Copper numbers were up and I saw at least 10 Silver -Spotted Skippers which were not flying on my previous visit. 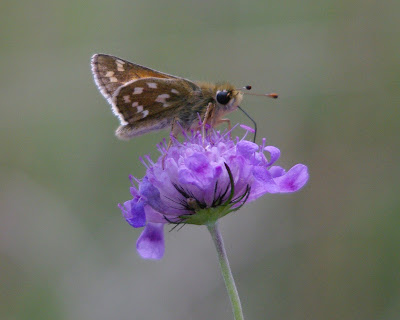 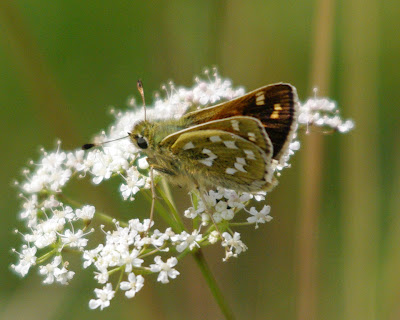 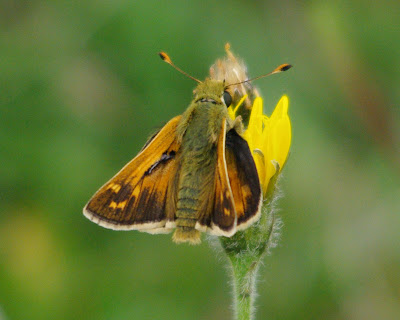 ﻿Above the Silver-Spotted Skipper is common during its flying season at Aston Rowant and can be distinguished from other UK Skippers by the silver spots on its under wing.

Above Essex Skipper below Large Skipper 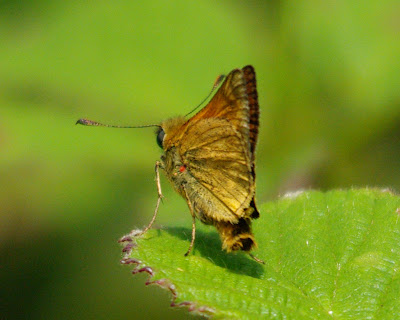 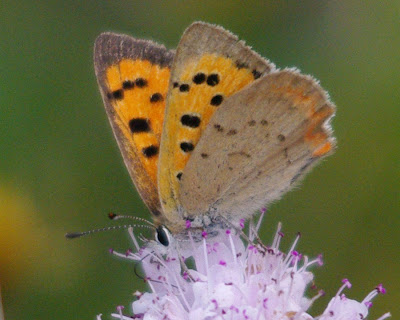 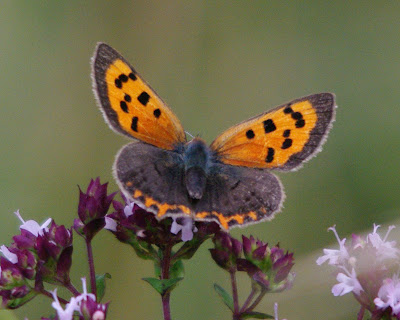 Above Small Copper below Small Heath 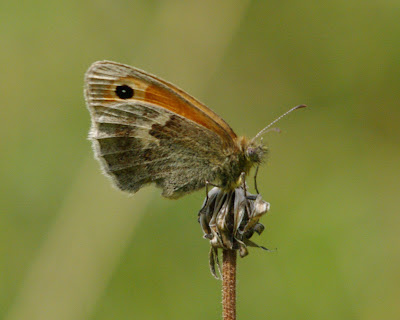 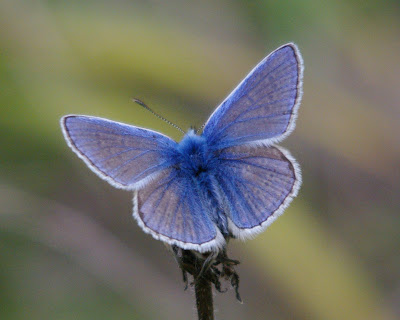 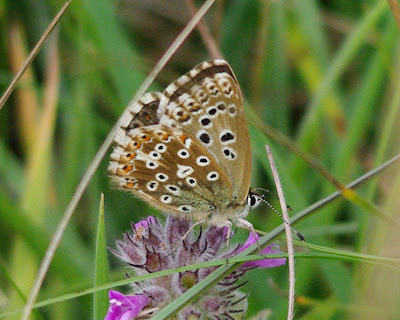 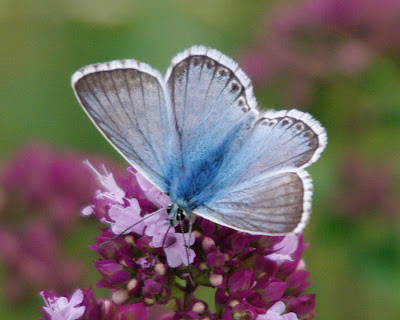 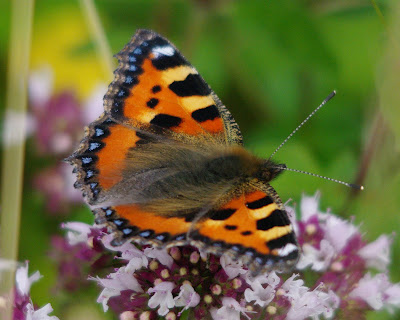 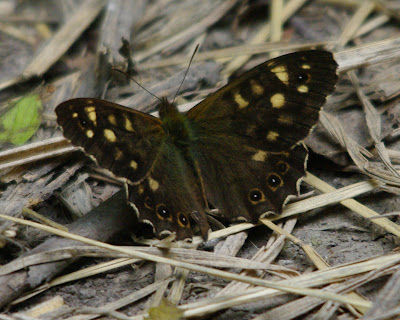 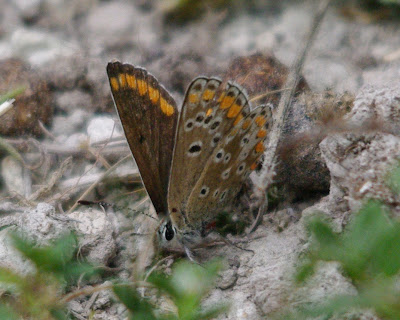