I spent myfirst day birding of the year at Southport beach with the intention ofphotographing the Gaucous Gull that has been reported from there for a whilenow. Reading on the internet and chatting to a few local birders suggested thatthe bird was ill but after catching up with it after a 2 hour search mythoughts are rather different. I’d been told it was very approachable and as Iwas able to get within 15m of the bird without causing it any due distress I’dagree which would maybe suggest there was a problem with the bird. As thephotographs show the bill is rather red suggesting it has recently fed andthere seemed to be no problem with it as it took to the air joining a throng ofother gulls as an ignorant dog walker flushed it TWICE!!  I wouldn’t mind but it was quite obvious thatabout 10 birders with a variety of scopes, binoculars and cameras were lookingat a large Gull that was on its own sat on the grass as she trundled throughflushing the Gull and not satisfied with that she let her dog off within metersof were the Gull had landed thus flushing it again! I don’t tar all dog walkerswith the same brush, most stayed away or even took an interest, and one coupleeven photographed it with their phone. Rant over. 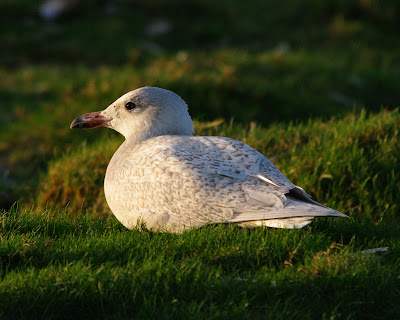 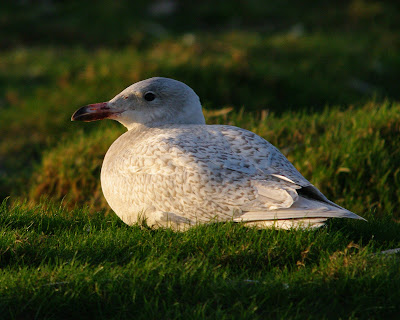 BELOW TAKING FLIGHT FOR THE 2ND TIME 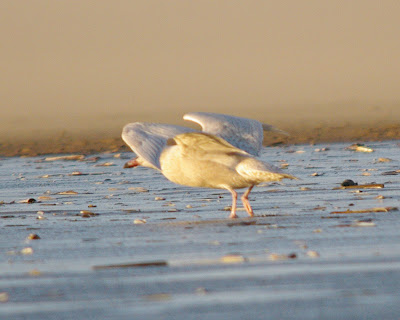 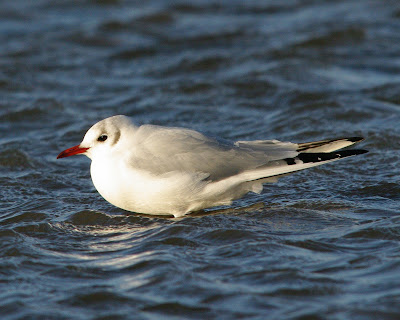 Whilstsearching for the Glaucous I came across a single Sanderling which seemed tohave signs of oil on its underside. It didn’t seem to hinder the bird as it preened,fed and flew without any signs of a problem. 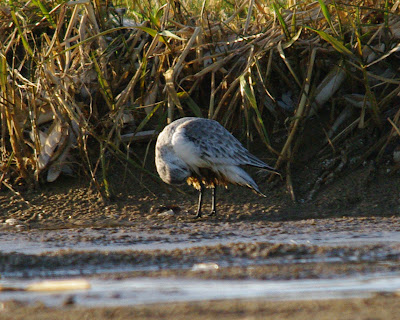 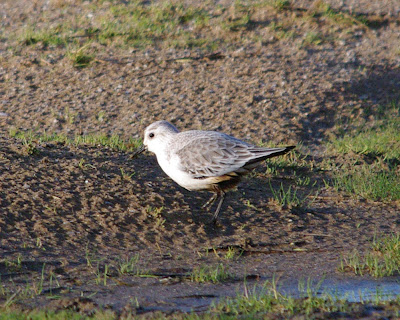 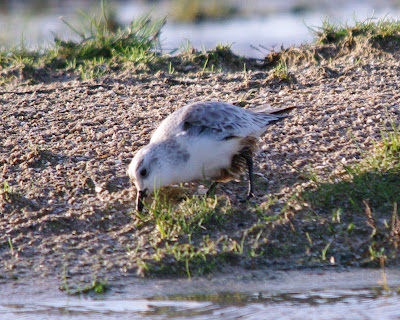 As I left alarge flock of Twite (some ringed) fed near to the Weld Road car park, I estimatednumbers of between 80 – 100 but have been corrected with a count of 122 byanother birder who was there at the time.