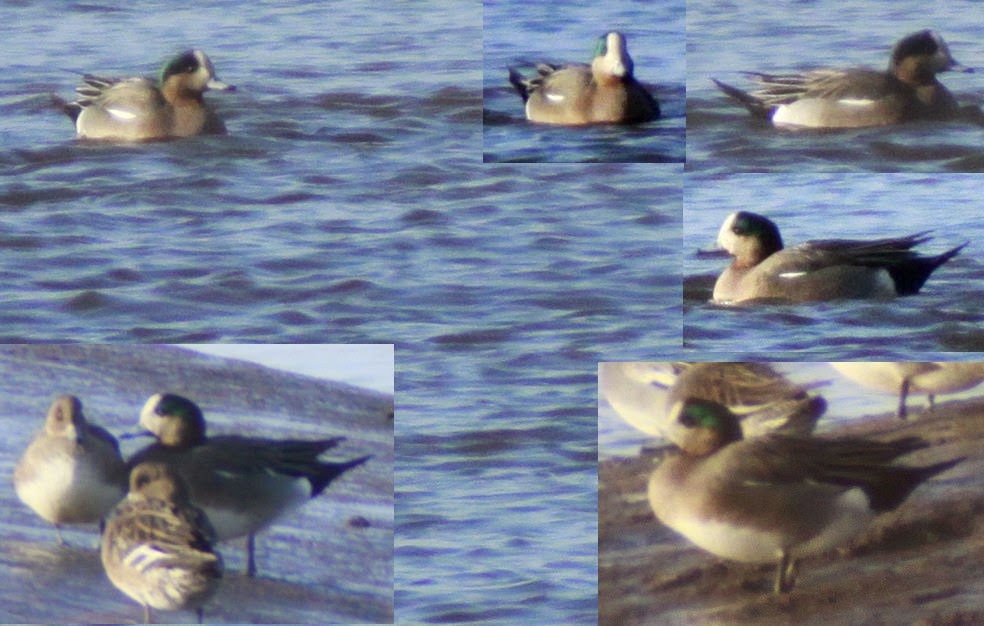 On 6th February 2014 Dan Haywood discovered a hybrid adult drake American Wigeon x Wigeon on the Lune Estuary north of Glasson, just outside the Fylde Recording Area. The hybrid wigeon subsequently visited the Fylde, where it could be found frequenting the mouth of the Conder Estuary. A number of features identified the bird as a hybrid and not an American Wigeon, including grey (not pink) rear flanks, reddish toned face, yellow bleeding from the forehead stripe, absence of pink on the scapulars and grey (not white) axillaries.

The bird is perhaps the same individual as the hybrid which visited the Lune Estuary in January 2009. 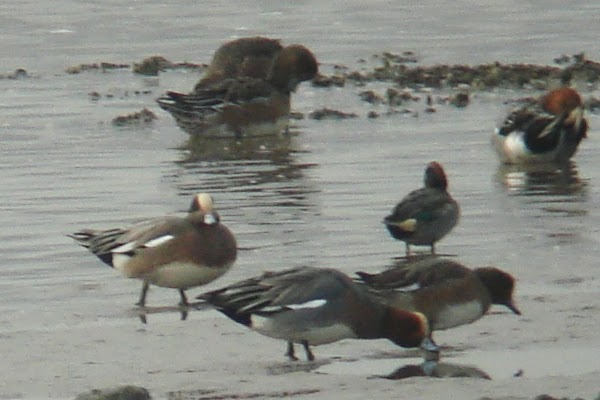